Children Affected by Foreclosures
Children are the often invisible victims of the foreclosure crisis. Mortgage records do not tell how many children are in owner-occupied homes, and it is even harder to estimate the number of children in rental properties. Yet foreclosure affects not just the homeowner or landlord, but also the children living in the foreclosed properties. This brief combines state-by-state estimates on foreclosures with Census Bureau data on the living arrangements of families with children to generate estimates of the numbers of children affected by the mortgage crisis. It also synthesizes research bearing on the negative effects of foreclosure on children’s schooling and overall well-being and outlines some possible policy responses. 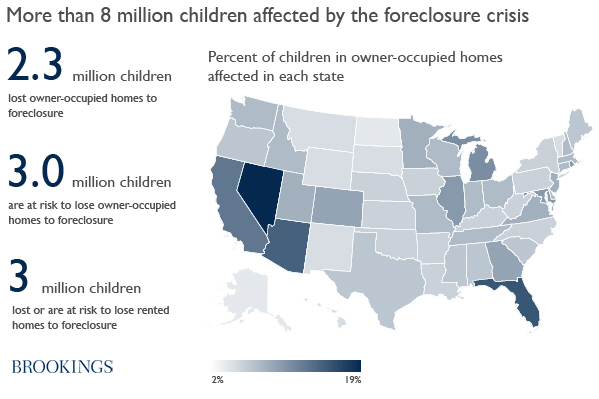