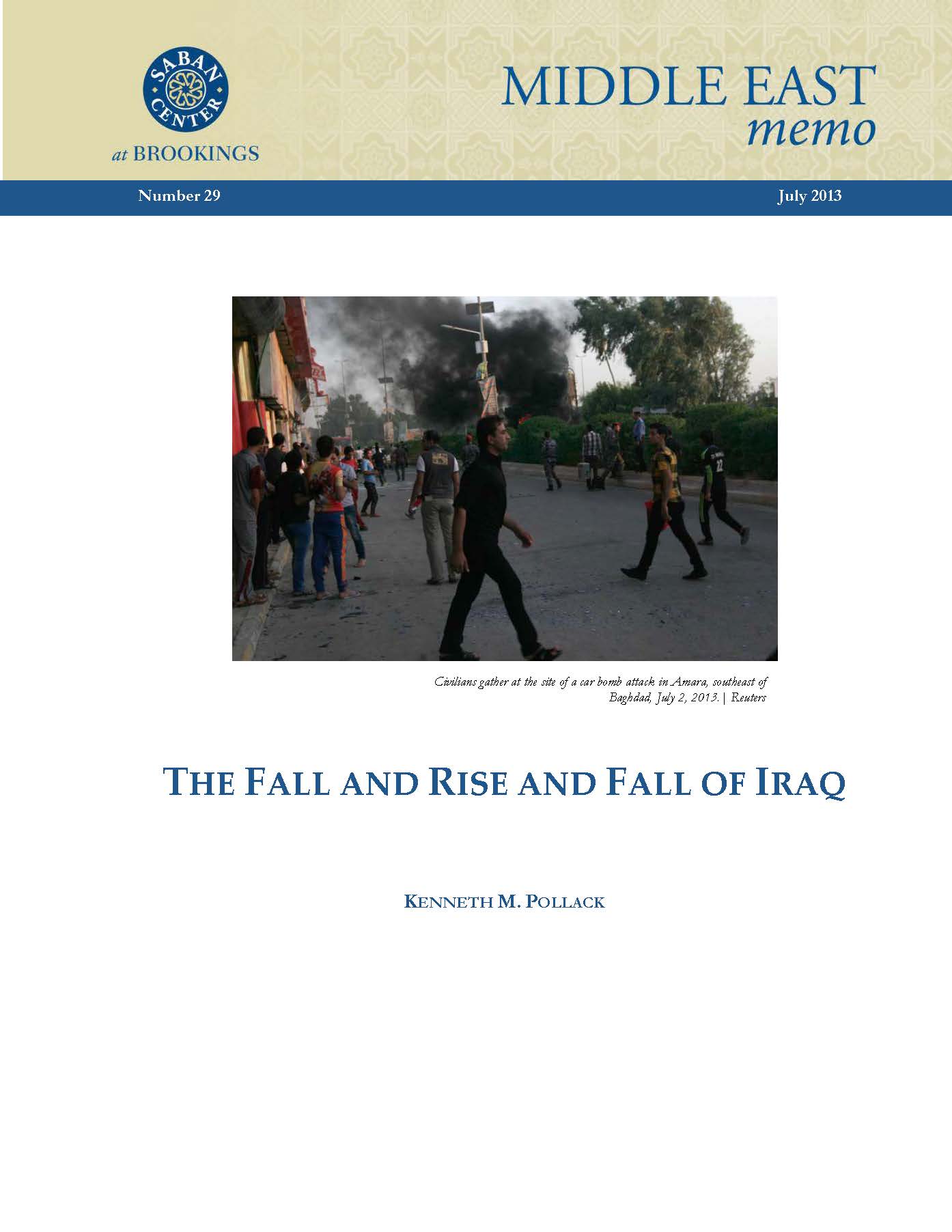 Iraq has been rekindled. Whether it will merely be singed or immolated entirely remains to be seen, but the fire is burning again.

Most Americans stopped caring about Iraq long ago. That’s an inescapable reality but also an unfortunate mistake. Iraq is not just a painful and divisive memory or a cudgel to take up against one’s political rival, it is a very real interest. Today, Iraq has surpassed Iran to claim the spot as the second largest oil exporter in OPEC, behind only Saudi Arabia. Iraq’s steadily climbing oil production has been critical to reducing oil prices, and its collapse into renewed civil war would endanger our fragile economic recovery.

Moreover, just as spillover from the Syrian civil war is helping to re-ignite the Iraqi civil war, so renewed chaos and strife in Iraq could once again threaten other important oil producers like Kuwait, Iran and even Saudi Arabia. As it has in the past, Iraq is again becoming a hub for al-Qa’ida’s regional presence.

Just as unfortunately, the problems of Iraq will not be easily healed. They are not the product of ancient hatreds, a canard that resurfaces with the outbreak of each such civil war. Instead they are principally the products of our own mistakes. We caused the Iraqi civil war, we healed it briefly, and then we left it to fester all over again. It is not that Iraqis had no say in the matter, no free will. Only that they were acting within circumstances that we created and those circumstances have driven their actions.

Thus, understanding where the Iraqis may end up requires understanding how we brought them to where they are. And here again, America’s determination to turn its back on the experience of Iraq is a dangerous hindrance. The problems sucking Iraq back into the vortex of civil war are merely the latest manifestation of the powerful forces that the United States unleashed as a result of our botched occupation from 2003 to 2006. Minor adjustments and small fixes are highly unlikely to be able to cope with them. Averting a relapse of the civil war may require a combination of moves akin to those that the United States and Iraqis engineered between 2007 and 2009, and that is exceptionally unlikely.

This essay traces the course of Iraq’s fortunes from the American invasion in 2003 through the civil war of 2005-2008 and the endangered effort at reconstruction that followed. Only by seeing the full course of Iraq’s narrative arc during this period is it possible to understand both Iraq’s present, and its likely future—as well as what would probably be needed to produce a better outcome than those that currently seem most plausible.

It is not a hopeful story, but it is an important one. It is the critical piece to understanding the possibilities for Iraq as we fret over its renewed downward course. And it is a warning about what would likely be required to address the analogous Syrian civil war raging next door, as well as the dangers of allowing that war to rage unchecked.