With U.S. aid to Egypt now limited to areas of mutual interest, U.S. focus shifts to Egyptian counterterrorism and border security operations in the Sinai Peninsula. U.S. concern about Sinai is longstanding. However, since the 2011 uprising against President Hosni Mubarak, what had been a buffer zone between Egypt and Israel has become increasingly lawless and unstable, threatening both countries. 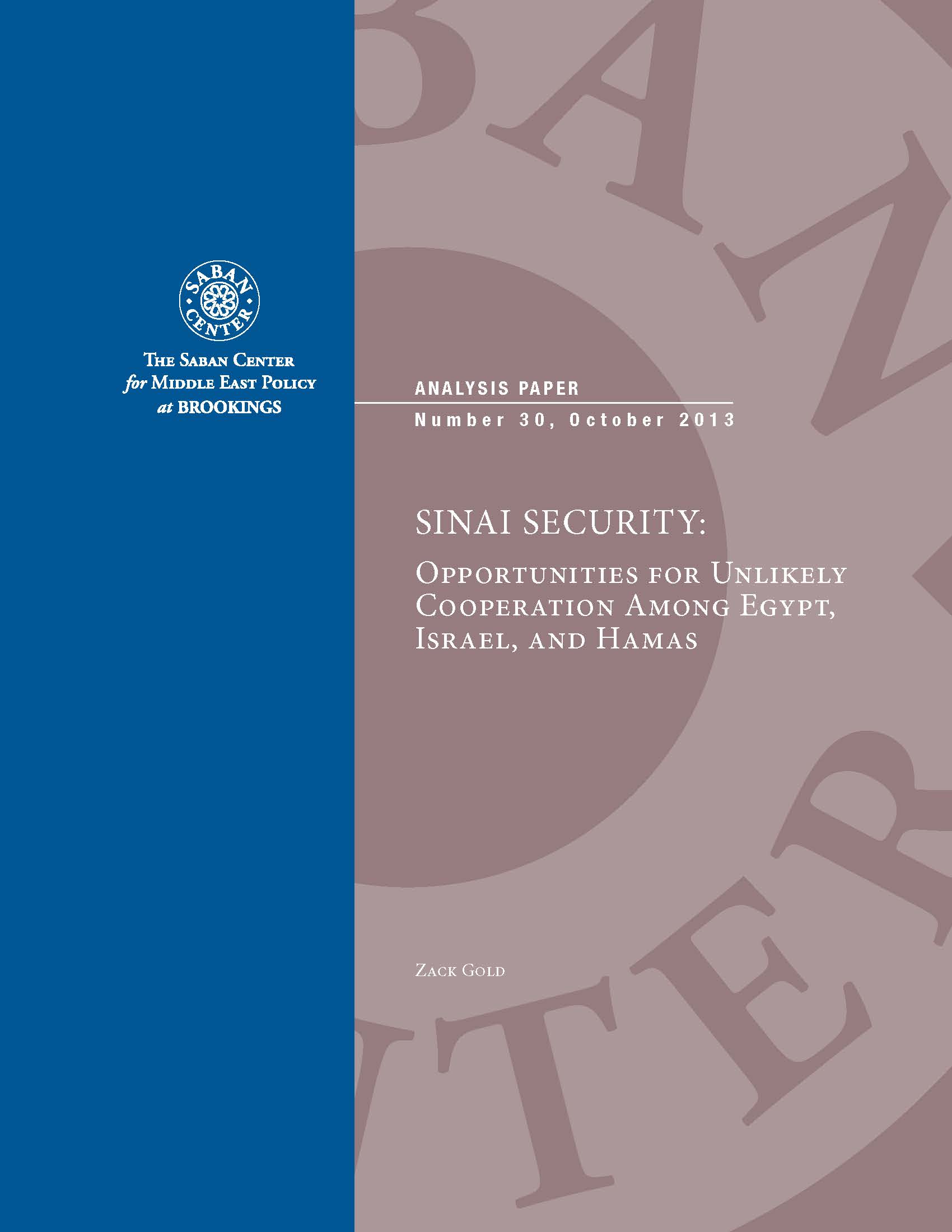 The Saban Center’s new Analysis Paper, Sinai Security: Opportunities for Unlikely Cooperation Among Egypt, Israel, and Hamas, examines the interests of various actors in, and neighboring, Sinai; considers areas of mutual concern; and lays out the individual capabilities Egypt, Israel and Hamas have for addressing these threats, as well as opportunities for all parties to combine their core strengths to better address mutual interests. Despite these shared interests, the relationship between each of these actors is also extremely complicated. As such, this paper also considers obstacles to cooperation and opportunities for the United States to encourage trust-building and intelligence cooperation between Egypt and Israel.