Americans are enjoying longer lifespans than ever before. Living longer affords individuals the opportunity to make more contributions to the world, to spend more time with their loved ones, and to devote more years to their favorite activities – but a longer life, and particularly a longer retirement, is also expensive. The retirement security landscape is evolving as workers, employers, retirees, and financial services companies find their needs shifting. Once, many workers planned to stay with a single employer for most or all of their careers, building up a sizeable pension and looking forward to a comfortable retirement. Today, workers more and more workers will be employed by many different employers.  Additionally, generous defined benefit (DB) retirement plans are less popular than they once were – though they were never truly commonplace – and defined contribution (DC) plans are becoming ever more prevalent.

Figure 1, below, shows the change from DB to DC that has occurred over the past three decades.

In the past many retirees struggled financially towards the end of their lives, just as they do now, but even so, the changes to the retirement security landscape have been real and marked, and have had a serious impact on workers and retirees alike. DB plans are dwindling, DC plans are on the rise, and as a result individuals must now take a more active role in managing their retirement savings. DC plans incorporate contributions from employees and employers alike, and workers much choose how to invest their nest egg.  When a worker leaves a job for retirement or for a different job he or she will often roll over the money from a 401(k) plan into an Individual Retirement Account (IRA). While having more control over one’s retirement funds might seem on its face to be a net improvement, the reality is that the average American lacks the financial literacy to make sound decisions (SEC 2012).

The Council of Economic Advisers (CEA) expressed concern earlier this year that savers with IRA accounts may receive poor investment advice, particularly in cases where their financial advisors are compensated through fees and commissions. “[The] best recommendation for the saver may not be the best recommendation for the adviser’s bottom line” (CEA 2015). President Obama echoed these concerns in a speech at AARP in February, asking the Department of Labor (DoL) to update its rules for financial advisors to follow when handling IRA accounts (White House 2015). The DoL receives its authority to craft such rules and requirements from the 1974 Employee Retirement Income Security Act (ERISA) (DoL 2015a). 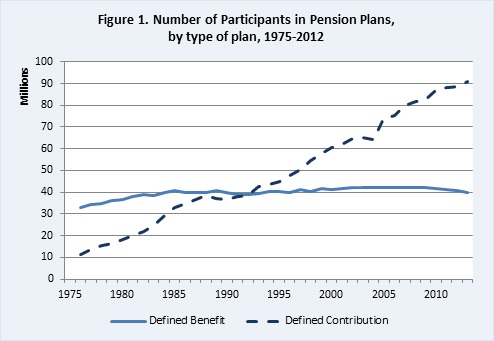 The DoL recently proposed a regulation designed to increase consumer protection by treating some investment advisors as fiduciaries under ERISA and the 1986 Internal Revenue Code (DoL 2015b). The proposed rule has generated heated debate, and some financial advisors have responded with great concern, arguing that it will be difficult or impossible to comply with the rule without raising costs to consumers and/or abandoning smaller accounts that generate little or no profit. Advisors who have traditionally offered only the proprietary products of a single company worry that the business model they have used for many years will no longer be considered to be serving the best interests of clients.

Rather than offering detailed comments on the DoL proposals, this paper will look more broadly at the problem of saving for retirement and the role for professional advice. This is, of course, a well-travelled road with a large literature by academics, institutions and policy-makers, however, it is worthwhile to think about market failures, lack of information and individual incentives and what they imply for the investment advice market.