Intense turmoil in Syria and Iraq has created socio-political vacuums in which jihadi groups have been able to thrive. The Islamic State in Iraq and al-Sham (ISIS) had proven to be the strongest and most dynamic of these groups, seizing large swathes of territory in Syria and Iraq. Shortly after routing Iraqi forces and conquering Mosul in June 2014, ISIS boldly announced the establishment of a caliphate and renamed itself the Islamic State (IS). How did IS become such a powerful force? What are its goals and characteristics? What are the best options for containing and defeating the group?

In a new Brookings Doha Center Analysis Paper, Charles Lister traces IS’s roots from Jordan to Afghanistan, and finally to Iraq and Syria. He describes its evolution from a small terrorist group into a bureaucratic organization that currently controls thousands of square miles and is attempting to govern millions of people. Lister assesses the group’s capabilities, explains its various tactics, and identifies its likely trajectory.

According to Lister, the key to undermining IS’s long-term sustainability is to address the socio-political failures of Syria and Iraq. Accordingly, he warns that effectively countering IS will be a long process that must be led by local actors. Specifically, Lister argues that local actors, regional states, and the international community should work to counter IS’s financial strength, neutralize its military mobility, target its leadership, and restrict its use of social media for recruitment and information operations.

PART I – 15 YEARS OF EVOLUTION

See below a map of Syria and Iraq, showing both countries’ governorates and principal cities, as well as rivers and main road networks. IS’s area of operations currently stretch from Al-Bab in northwest Syria to Baqubah and Baghdad in central Iraq. 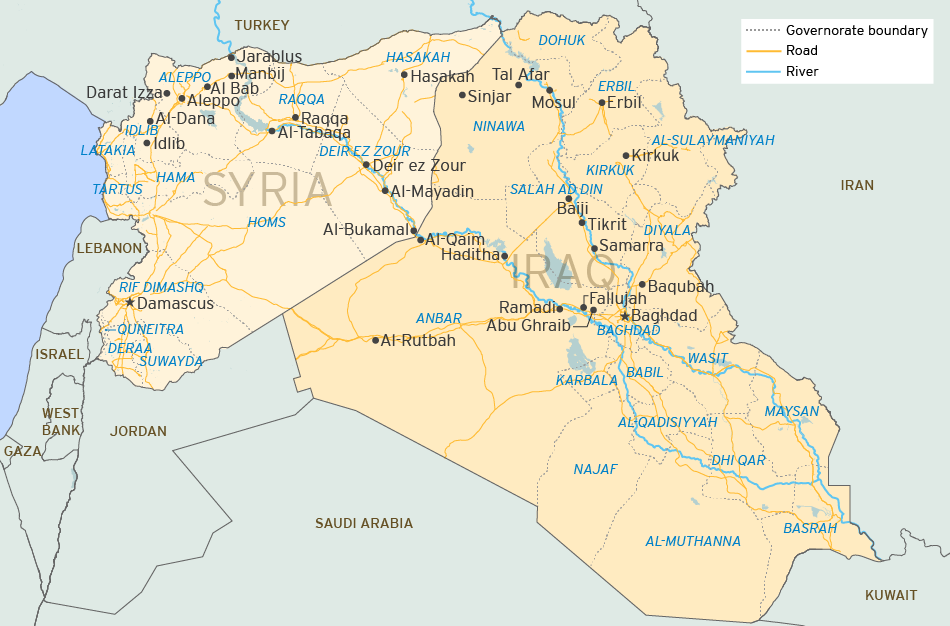 In both Syria and Iraq, a broad strategy should be built, developed and implemented that explicitly aims to weaken IS’ most significant strengths, without which the organization would quickly weaken: