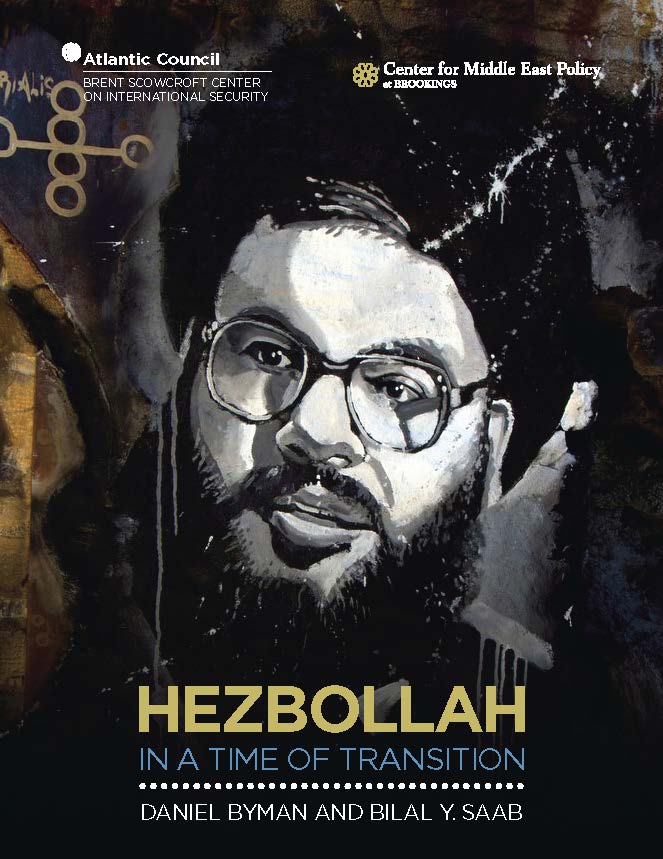 The Syrian conflict is transforming the Lebanese Hezbollah. A movement that long claimed to transcend sectarianism is now the longest pole in the Syrian regime’s tent and has become a bogeyman to the region’s Sunni community. At the same time, Hezbollah’s deep involvement in the Syrian civil war has damaged its position in Lebanon and even led to questions within its Shi’ite base. The conflict with Israel, while still a focus of rhetoric, has faded to the background.

“Hezbollah in a Time of Transition,” by Daniel Byman, senior fellow and director of research at the Brookings Institution’s Center for Middle East Policy, and Bilal Y. Saab, senior fellow for Middle East Security at the Atlantic Council, examines Hezbollah’s uncertain future and its impact on regional stability. Civil war in Lebanon could reignite if sectarianism continues to grow and the Syrian war spills over in greater intensity. Hezbollah’s role has proven vital for the survival of Syrian President Bashar al-Assad’s regime, and has also changed the nature of the Syrian opposition, empowering jihadists who champion sectarianism and see Hezbollah as their primary enemy. Israel has long viewed Hezbollah as its most dangerous neighbor, and diminishing Hezbollah’s desire and ability to make war is imperative to the Jewish state’s security. Ironically, the United States finds itself uneasily aligned with Hezbollah in the struggle against the Islamic State, but this de facto convergence could easily change.

Because of the civil war in Syria, Hezbollah is overtaxed militarily and on the defensive politically. The United States must recognize this mix of strength and weakness if its regional policies are to meet with success.