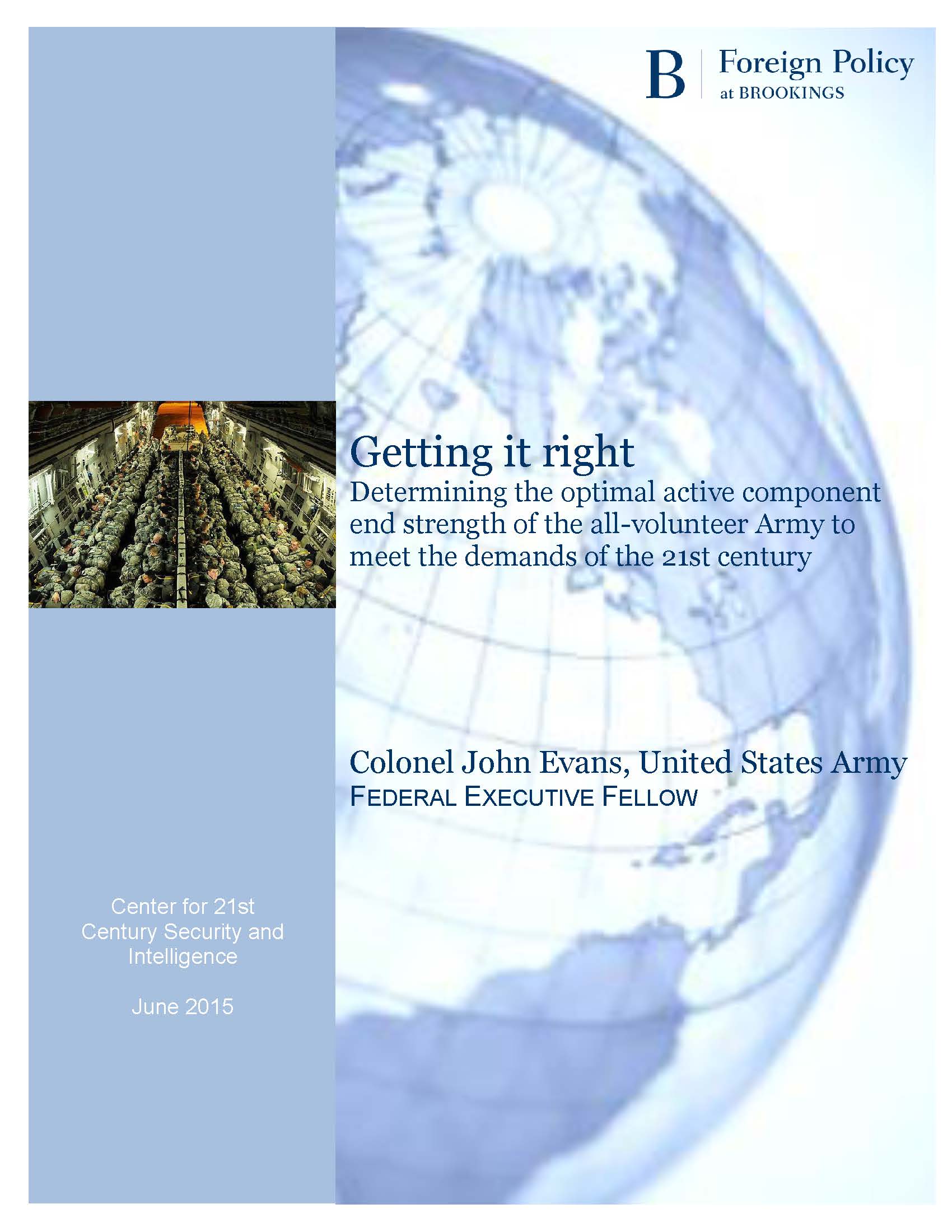 Thirteen years of sustained combat in Iraq and Afghanistan has wearied our citizens and civilian leaders and placed significant strain on our national budget. Sequestration triggered by the Budget Control Act of 2011 has created an environment where substantial reductions must be made across all services. As a “people-centric” force, the United States Army’s principle currency for reducing the operating budget is force structure, i.e. people. While other services look to meaningful reductions of high cost weapons systems, the Army must reduce the number of soldiers in its active and reserve components to achieve a fiscally sustainable end strength. Accepting that the Army force structure construct (operating and generating force components) is the best construct to train and ready the force for the future, how large does the U.S. Army active component need to be in order to meet the demands of the 2012 Defense Strategic Guidance in the volatile, uncertain, complex and ambiguous security environment of the 21st century?

The active Army requires manning at the 480,000 to 490,000 soldier level to meet all of its operational and force generation requirements. An expectation that trained, ready, and well-equipped forces can be created after an emergency occurs is misguided.  Arresting the reduction of active Army end strength at the end of FY 2015 is the best strategy to ensure that our nation maintains its competitive advantage, can prevent conflict before it arises, shape the security environment for successful employment of our elements of national power, and win decisively in a complex world.