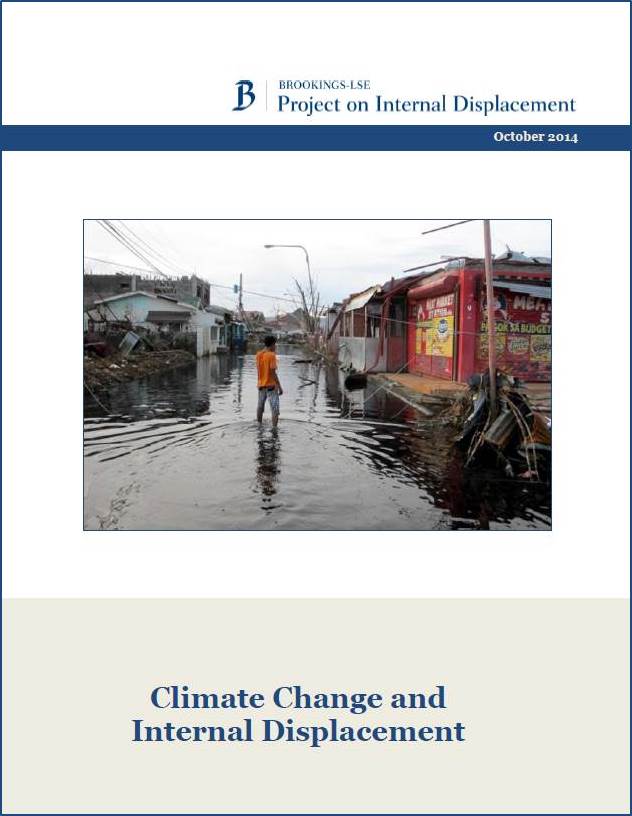 Over the past five years, an average of nearly 27 million people have been displaced annually by natural hazard-related disasters.
It has long been recognized that the effects of climate change will displace people and that most of this displacement will be within national borders. The Intergovernmental Panel on Climate Change’ very first report from 1990 stated that the greatest single impact of climate change may be on human migration.  The report estimated that by 2050, 150 million people could be displaced by desertification, water scarcity, floods, storms and other climate change-related disasters. Scholars, practitioners and researchers have generally accepted the fact that climate change will result in large-scale movements of people and that developing states will bear the greatest costs. Indeed, the socio-economic impacts of climate change may further limit access to human rights as well as the implementation of the Millennium Development goals and human security.  The effects of climate change also have the potential to trigger or exacerbate tension, conflict and violence thus leading to displacement.

The UN General Assembly’s resolution 64/162 of December 2009 recognized natural disasters as a cause of internal displacement and raised concerns that climate change could exacerbate the impact of both sudden- and slow-onset disasters, such as flooding, mudslides, droughts, or violent storms. In 2010, the Conference of the Parties to the United Nations Framework Convention on Climate Change recognized that mobility – migration, displacement and planned relocations – is an important form of adaptation to climate change. In its “Cancun Adaptation Framework,” it invites all parties to go further in understanding, coordinating and cooperating on climate change-induced displacement, migration and planned relocation, where appropriate, at national, regional and international levels.

This report is adapted from the August 2011 report to the Secretary-General by the Special Rapporteur on the human rights of internally displaced people, Chaloka Beyani. It explores the linkages between climate change and internal displacement from a human rights perspective. Drawing on the 1998 Guiding Principles on Internal Displacement, the report highlights key principles, concepts, and complexities around the issue and makes recommendations for future action.