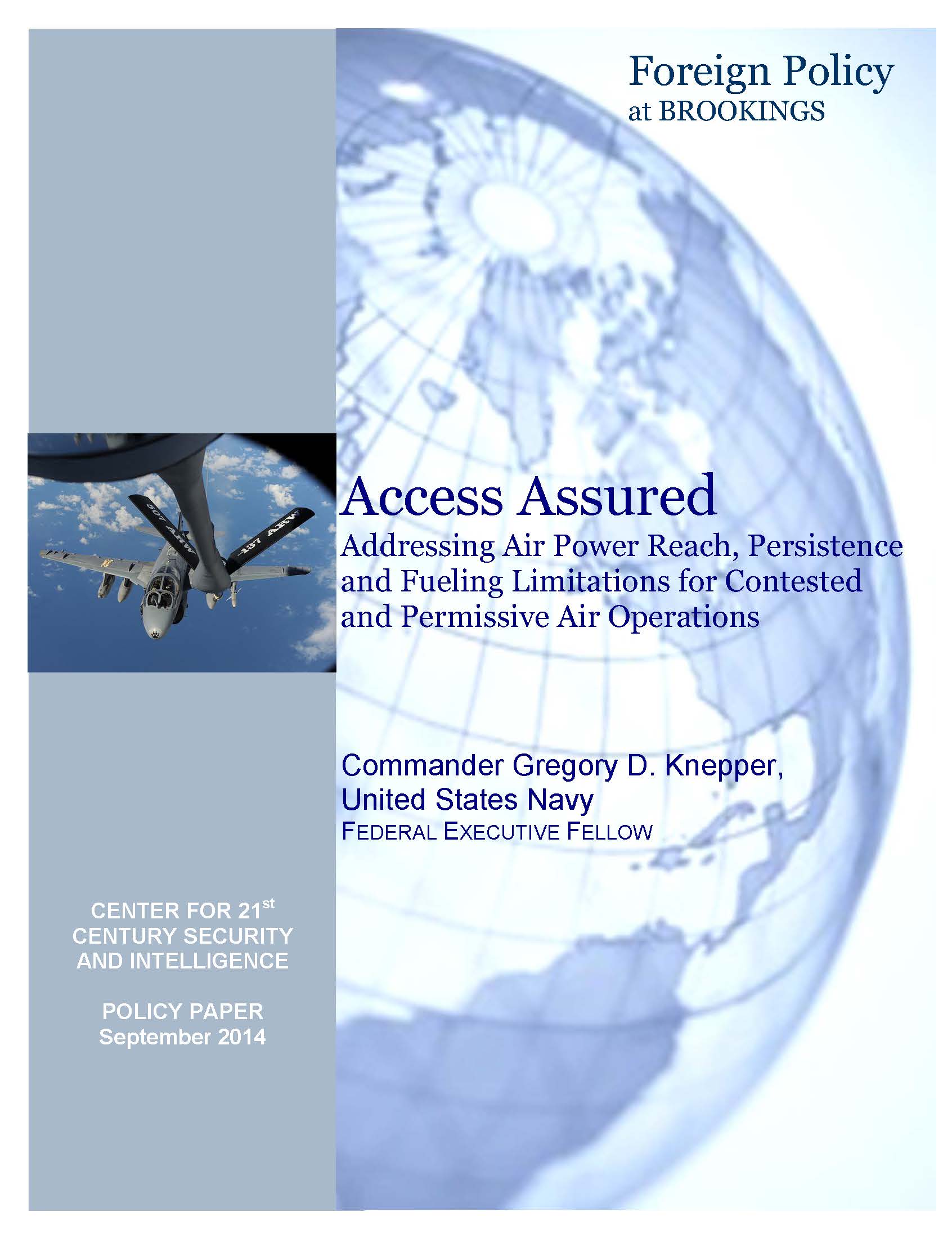 In any future strategic environment, air power will be a critical component of U.S. military strategy. However, U.S. air power faces deep constraints in two divergent areas: range limits in contested airspace and persistence limits in permissive airspace. While the issues of fuel and refueling have not received as much attention as the growth of advanced threats to air assets, their combination threatens to undercut the effectiveness of future air operations and access into potentially denied airspace. At the other end of the combat spectrum, air supremacy in uncontested airspace allows for greater persistence in providing crucial intelligence, surveillance and reconnaissance, which similarly relies on the sustainment of fuel resources.

Bisecting the future operating environment into distinct domains, contested and permissive airspace, this paper seeks to address the impact of current range and persistence limitations in conjunction with fuel and refueling resources. To meet the range requirements in contested airspace, the Department of Defense (DOD) should mitigate existing vulnerabilities relative to potential threats to ensure not only a credible conventional deterrent, but when necessary, the ability to project power against a progressive adversary. In achieving persistence requirements in permissive airspace, the DOD should evaluate greater efficiencies in providing longer endurance options.