The plight of American workers made headlines again recently with the release of Census Bureau figures on earnings. Most of the headlines were gloomy–perhaps too gloomy. That’s partly because of data constraints but also because of a focus on men’s wages. 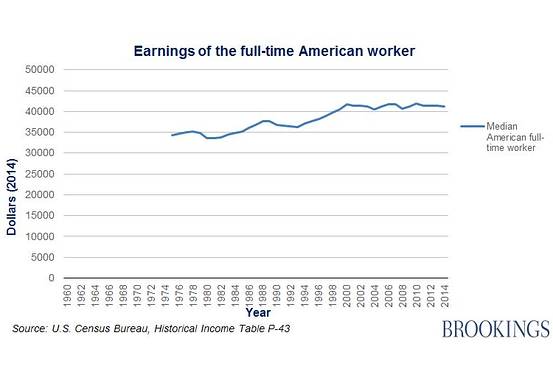 Full-time workers have had a steady increase in pay in recent decades. In 2014, median American workers earned 20% more than their counterparts in 1975, in real terms. (And this is using a measure of inflation that some economists think understates the real trend.)

Now, a 20% increase in 30 years isn’t what we would call cause for huge celebration. But it is not nothing. So why were so many commentators downbeat? The short answer is because men aren’t doing so well. As my Brookings Institution and Think Tank colleague David Wessel pointed out, median male wages (using the contested deflator) have been essentially flat since the early 1970s. 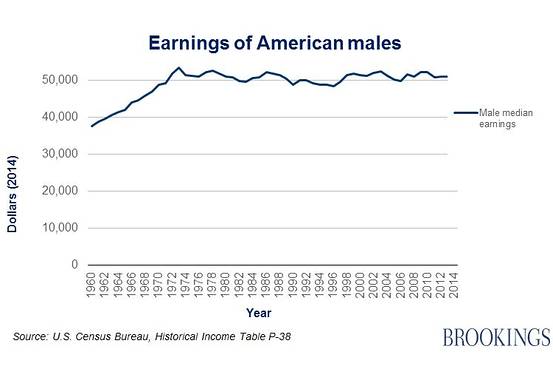 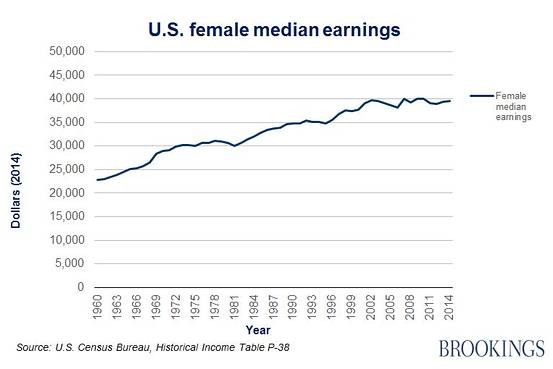 These increased earnings have helped to lift median family incomes 21% since 1975. 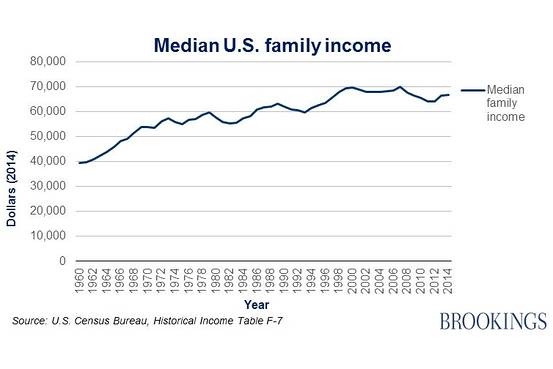 Once other sources of income are added in, the picture for middle-income families looks better still, according to Congressional Budget Office data. Now, women still earn considerably less than men: They get $7.86 for every $10 among full-time workers. After steady growth to the 1990s, median female earnings have flattened off too.

But the economic prospects of U.S. families are clearly linked to the future of women’s wages.

One final point on the trends: While men’s wages have been stagnant since the early 1970s, they grew at a blistering pace shortly before that. Between 1960 and 1973, median male wages jumped 42%. This period must be seen as exceptional. If earnings growth had continued at this pace, the median full-time male worker today would have a six-figure annual income ($101,048): 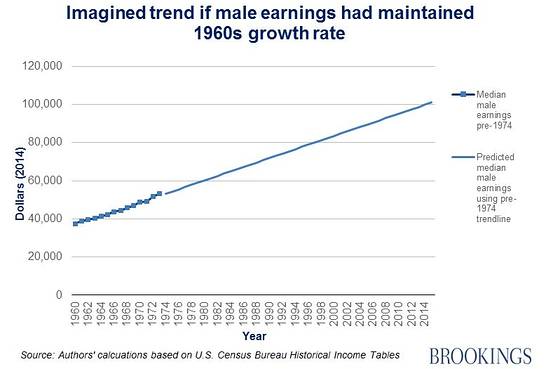 This was never a plausible trajectory. By the mid-1970s, competition was growing from workers overseas but also from women. Before then, men enjoyed some insulation from competition in the labor market from their wives and sisters. It was a world of patriarchal protectionism. But no longer.

Given that, while median male earnings are something to worry about, what matters more is how families can make ends meet in a world in which all adults are breadwinners. Focusing only on those who happen to be male would be a mistake.

This post originally appeared on The Wall Street Journal.