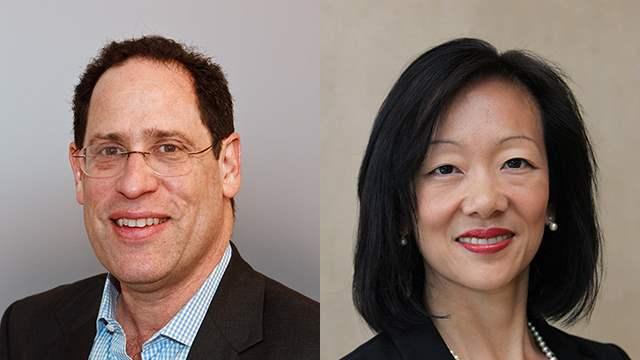 The Centennial Scholar Initiative is a multi-dimensional, cross-program commitment to launch bold new policy initiatives addressing pressing national and global challenges. The Initiative is intended to promote more interdisciplinary scholarship at Brookings, with Centennial Scholars working across the Institution rather than being housed in any one of its five research programs.

As the first Centennial Scholar, Katz and his team will collaborate with experts throughout Brookings and beyond to study global urbanization and the opportunities and challenges of a city-driven century. This work is made possible by a generous gift from Brookings Trustee Steve Denning and his wife Roberta, whose visionary investment gives Bruce and his team the resources to usher in a new era of cross-disciplinary, globally-minded Brookings research and impact for our second century. The Centennial Scholar Initiative will include the Anne T. and Robert M. Bass Initiative on Innovation and Placemaking, a new Brookings project dedicated to a cross-disciplinary approach to city-building.

“Bruce is focused on new models of finance, growth, and governance in cities and nations,” said Talbott. “His broad vision and path-breaking track record make him perfect for this new position.”

As the new vice president and director of the Metropolitan Policy Program, Liu will lead a team of researchers and policy experts who conduct empirical research, provide practical solutions and suggest policy reforms to help cities and metropolitan areas build an advanced economy that works for all. The program helps metros be at the forefront of innovation and meet the challenges of a fast-changing, technology-enabled global economy.

“The Metropolitan Policy Program brings together empirical research and on-the-ground knowledge and then uses its networks to scale solutions,” said Talbott. “Amy has been instrumental to the program’s success over the past 20 years, and she is ideally suited to take Metro to new heights and new directions as it enters its third decade.”

Liu will also become the director of the Global Cities Initiative, a joint project of Brookings and JPMorgan Chase, and she will continue to lead the Brookings-Rockefeller Project on State and Metropolitan Innovation.

Katz has extensive experience in global metropolitan-driven economic and governance policy and is co-author of “The Metropolitan Revolution” (Brookings Press, 2013). Before joining Brookings­­, he served as chief of staff to Housing and Urban Development Secretary Henry Cisneros and was the senior counsel and then staff director for the U.S. Senate Subcommittee on Housing and Urban Affairs. In 2008, he co-led the housing and urban issues transition team for the Obama Administration and served as a senior advisor to the new Secretary of Housing and Urban Development Shaun Donovan for the first 100 days of the administration.

Katz regularly advises metropolitan, national, and global leaders from the government, business, and civic sectors on public reforms and private innovations that advance the competitiveness of metropolitan areas and their countries. He is a graduate of Brown University and Yale Law School, and is a visiting professor at the London School of Economics.

In 2013, Liu advised Commerce Secretary Penny Pritzker, guiding policy priorities related to trade, innovation, and data, with an emphasis on supporting outside-the-Beltway collaborations and solutions. Prior to her work at Brookings, she was special assistant to Secretary Cisneros. She also staffed the U.S. Senate Subcommittee on Housing and Urban Affairs.