Palit’s presentation highlighted the heterogeneous nature of the Indo-Pacific’s economic geography. As the discourse surrounding the region expands from its security and geo-political focus to accommodate an economic narrative, it is vital to take note of the importance of contrasting economic geographies that characterise this region. Amitendu Palit highlights that as countries seek greater economic integration and develop principles of infrastructure connectivity, it is crucial to understand that “some regions are more capable of trade than others.” This is nowhere as true as it is for the countries of the Indo-Pacific, which offer a diverse set of economies in terms of nature, size and capacity. They include some of the world’s most developed countries coupled with some of the world’s most populous and poorest. For example, high-income countries such as Singapore and Japan co-exist with least developing economies like Cambodia and Nepal. The present challenge to economic integration in this region stems from its heterogeneity- an economic framework of the Indo-Pacific would have to be inclusive of these disparities to function optimally. 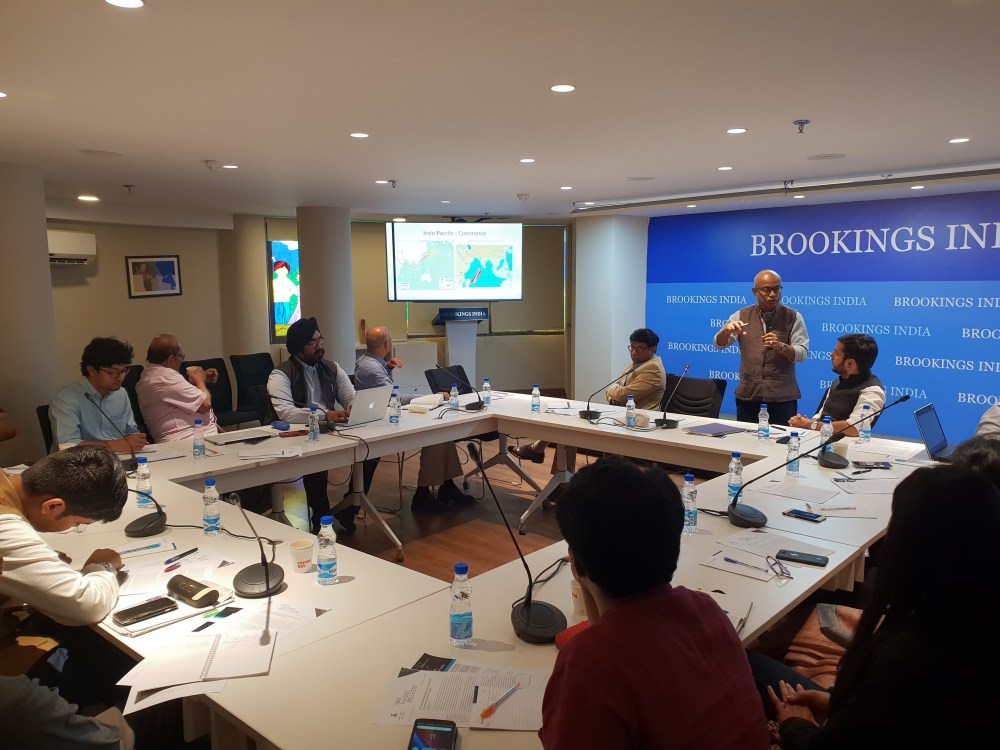 Who will invest in the Indo-Pacific?

Participants discussed the “Free and Indo Pacific” (FOIP) concept as an emerging alternative to the Belt and Road Initiative and the effects of a rising China. They noted that for the first time the narrative coming out of the United States was focusing on infrastructure development and capacity building in Asia. This is illustrated through the Better Utilization of Investment Leading to Development Act (BUILD Act) which mentions Japan and India as key partners. However, panellists noted that the investment numbers from the United States were in the millions, while China had invested billions already. They also questioned if, similar to China’s BRI, the FOIP might also exact a geostrategic price for its economic assistance, which would force Sri Lanka, the Maldives and other countries in the Indian Ocean Region to calibrate their foreign policy alignments.

This brought to the fore a key question surrounding leadership in the region; who is willing to match Chinese capabilities and investment in this region? If the United States is not able to deliver on this, is there space for other regional players to contribute? To what extent is there scope for more coordinated approaches, including formalisation and expansion of the quadrilateral initiative on infrastructure financing?

Furthermore, discussants emphasised that one of the reasons the Indo-Pacific as a concept remains economically ambiguous is because of a complex hedging strategy pursued by all actors, including the United States, which remain committed to finding a working relationship with China.  In the words of one participant, “Japan is the ultimate economic hedger…it is a part of the Comprehensive and Progressive Agreement for Trans-Pacific Partnership (CPTPP), Regional Comprehensive Economic Partnership (RCEP) and a possible Free Trade Agreement between China, Korea, and Japan.” 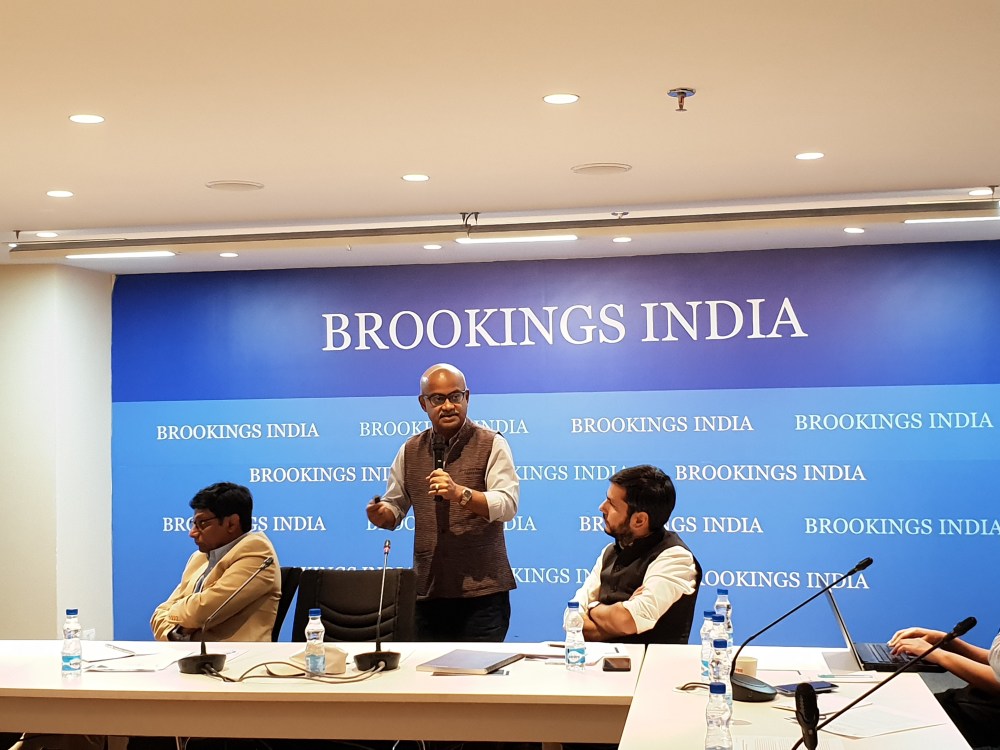 Panellists discussed initiatives that could strengthen the Indo-Pacific and focused on the Asia Africa Growth Corridor (AAGC) which according to one participant seemed to be “back on the table” after a period of uncertainty between India and Japan. The AAGC is notable as it covers the western portion of the Indian Ocean, a zone that is not always included in the Free and Open Indo-Pacific region.

Panellists discussed various approaches to develop an economic framework for the Indo-Pacific; they questioned whether existing institutions such as the Asian Infrastructure Investment Bank, World Bank, and Asian Development Bank would be willing to buy into the normative framework of the Indo-Pacific. One participant noted that unlike the BRI’s top-down and strategic approach, the Indo-Pacific’s economic dimension will likely be implemented bottom-up, with a limited, incremental, and sectoral focus like the AAGC. 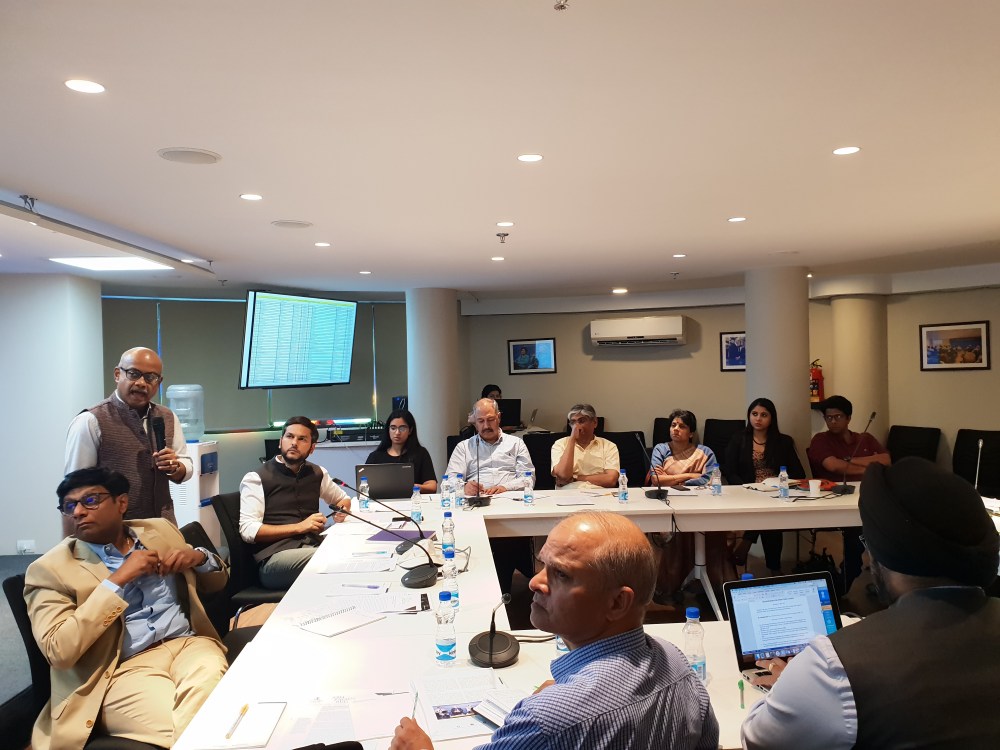 What can India do going forward?

Panellists noted that India has for too long separated its strategic and trade analysis, reflecting its history of economic protectionism and isolation. The Indian state had in the past primarily focused on politics and security in its foreign policy but economic openness pursued over the last thirty years is creating greater emphasis on the need to pursue connectivity as a strategic imperative. This is particularly urgent, one participant noted, because the global economic system is witnessing immense disruptive challenges with the emergence of new technologies.

Against this background, Amitendu Palit provided recommendations for India:

The Quad as a security actor