Offshore Oil and Gas Governance in the Arctic: A Leadership Role for the United States

The Arctic is estimated to hold large undiscovered oil and gas resources – the vast majority located offshore. As a result of climate change and the retreat of Arctic sea ice, the waters of the region are increasingly open for longer periods of the year. Despite unique environmental conditions, regulatory uncertainties, and high costs, there is broad agreement that there will be increased offshore hydrocarbon activity in the future. The Arctic coastal states support offshore oil and gas development, and there is significant commercial interest and growing activity in the region. 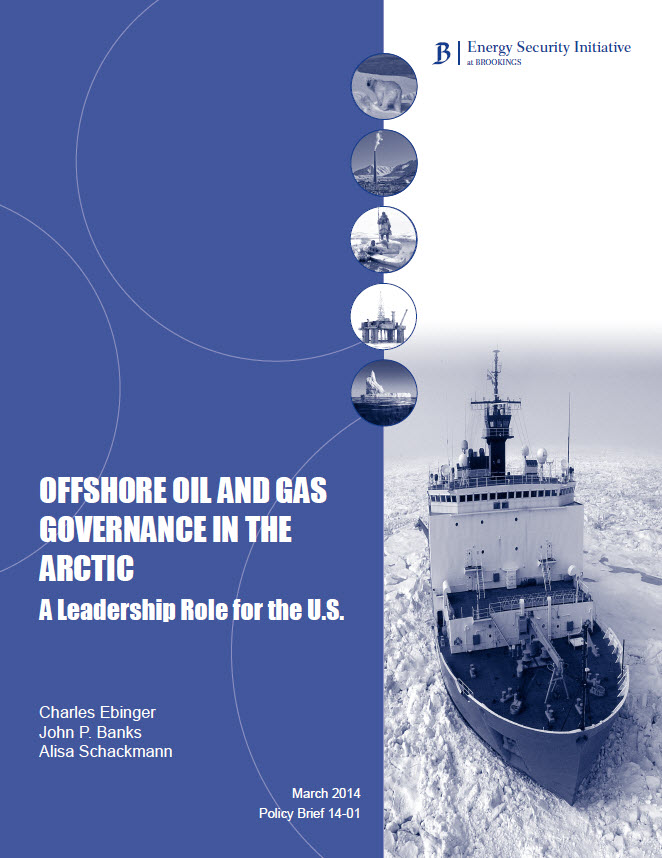 On March 26, the Energy Security Initiative (ESI) at Brookings hosted a discussion to launch the release of Offshore Oil and Gas Governance in the Arctic: A Leadership Role for the U.S., its Policy Brief on how the U.S. can meet the challenges posed by this activity, especially as it assumes Chairmanship of the Arctic Council in 2015.This Policy Brief is the result of a year of research including over 80 interviews with leading Arctic specialists (government, industry, academia, native leaders, and NGOs) across the region.

Heather Conley, director of the Europe Program at the Center for Strategic and International Studies moderated a discussion with two co-authors of the Brookings policy brief: Charles Ebinger, senior fellow and director of ESI and John Banks, nonresident senior fellow at ESI.