On June 2, in an event marking the establishment of the SK-Korea Foundation Chair in Korea Studies at Brookings, the Center for East Asia Policy Studies hosted an address by Katharine H.S. Moon, who will be appointed senior fellow and SK-Korea Foundation Chair as of June 30, 2014. Moon’s remarks illustrated how democratization and globalization are transforming the bilateral relationship between the United States and the Republic of Korea.

Over the past six decades the U.S.-ROK relationship has diversified, expanding from a focus on the defense of South Korea to encompass dynamic economic, political, and cultural ties. Domestic constituencies and interests in each country have also been transformed. Through processes of democratization and globalization in both societies, a broader range of individuals and interests now have more opportunities to shape the relationship.

Brookings President Strobe Talbott made introductory remarks. Neung Koo Kim, president of SK USA, Inc., and Hyun-seok Yu, president of The Korea Foundation, provided opening remarks, and a video greeting from former Foreign Minister Sung-joo Han was presented. Harry Harding, dean of the Batten School of Leadership and Public Policy at the University of Virginia, commented on Dr. Moon’s presentation, and Ho-Young Ahn, ambassador of the Republic of Korea to the United States, made closing remarks. 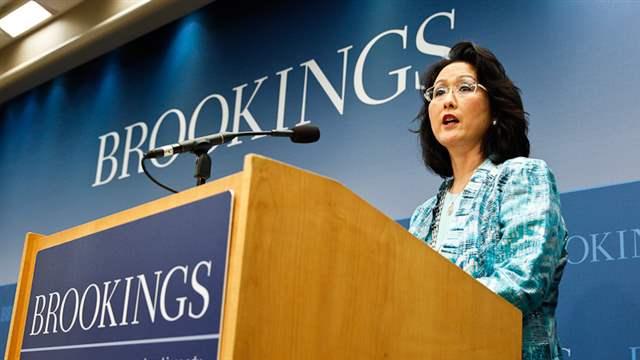 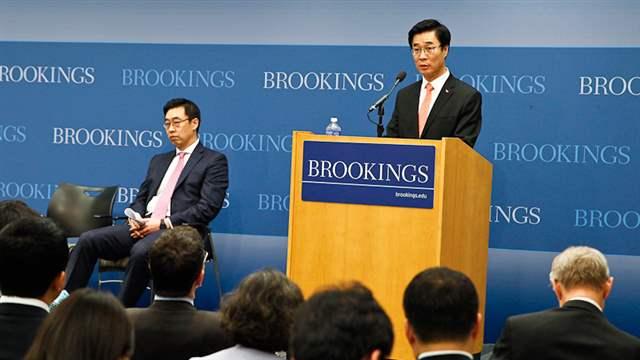 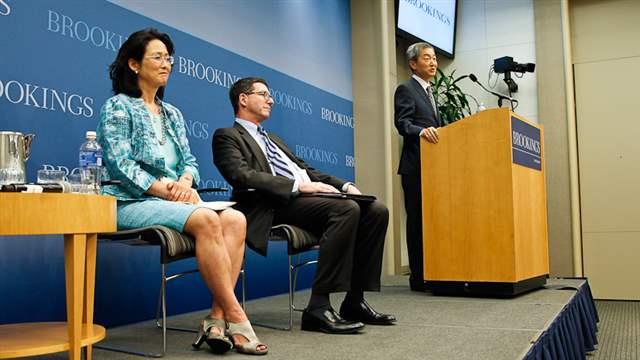 Ambassador - Embassy of the Republic of Korea