The Paycheck Protection Program (PPP) substantially increased the employment, financial health, and survival of small businesses during the COVID-19 lockdowns of April and May and as the economy began reopening in June, finds a paper discussed at the Brookings Papers on Economic Activity (BPEA) conference on September 24.

But the authors—Glenn Hubbard of the Columbia Business School and Michael R. Strain of the American Enterprise Institute—caution that it is too early to issue a conclusive judgment on its success. And they suggest that future support for small businesses, as the economy evolves to meet post-lockdown needs, should be less focused on maintaining pre-lockdown employment relationships.

The PPP, which ran from April 3 through August 8, provided $525 billion in government-guaranteed, forgivable loans (essentially grants) to businesses with 500 or few employees, which account for 47 percent of private-sector employment. Recipients were required to spend 60 percent of their loan on payrolls. 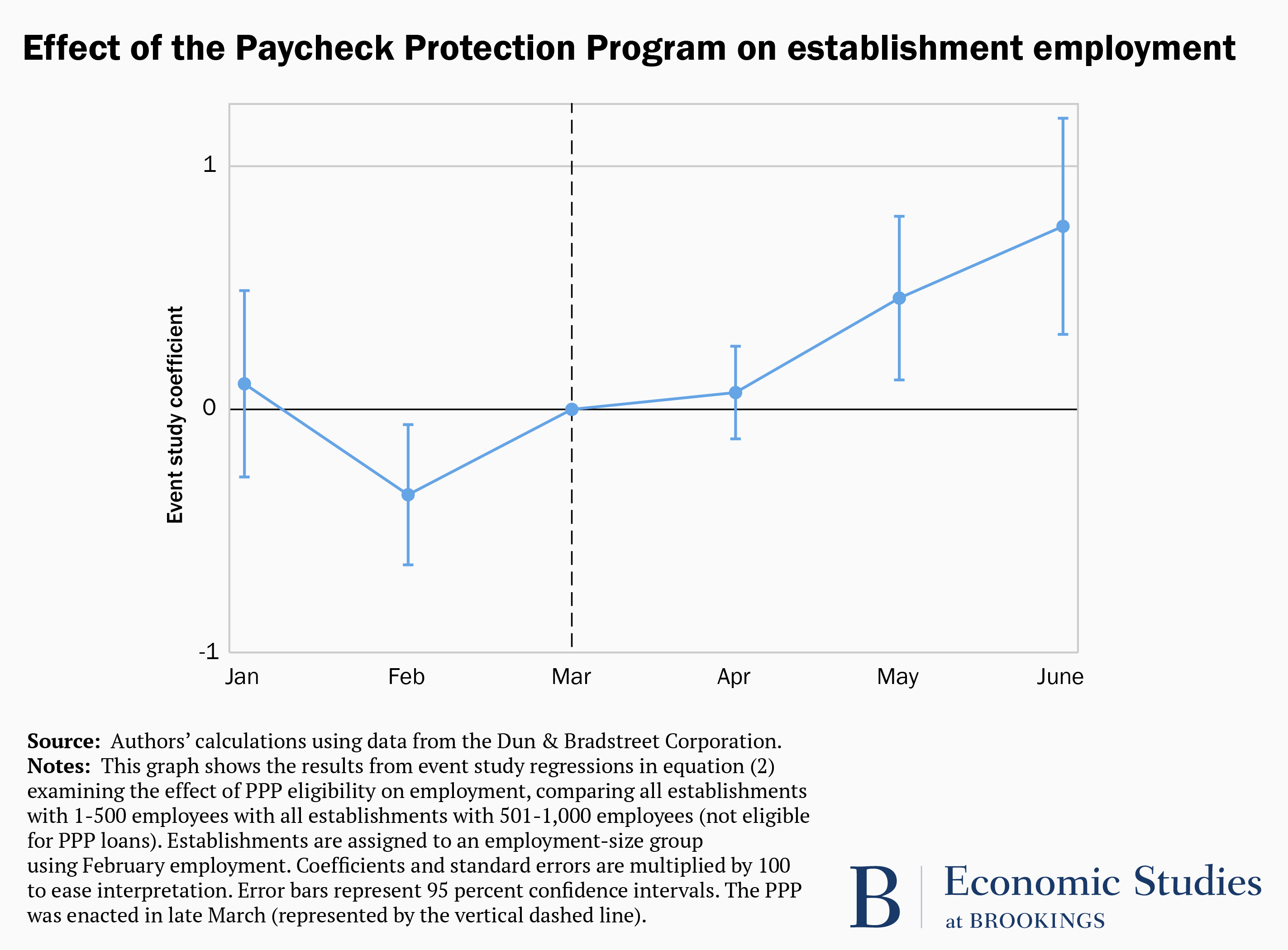 “It will be particularly important to see what happens to businesses that received PPP [loans] and the workers they employ once they have exhausted their forgivable loan,” the authors write in Has the Paycheck Protection Program succeeded?

They raise several concerns about the program’s design as well as its implementation by the Treasury Department and Small Business Administration. The PPP should have focused on more on replacing lost revenue and less on assisting businesses to meet their payrolls; many small businesses, for instance, needed help to pay high rents, they write. The government also could have done a better job of convincing banks that they would be held harmless in the event of borrower misrepresentation, they say. And they cite implementation shortcomings that slowed lending after mid-May.

“Treasury’s muddled management of PPP’s implementation is noteworthy because of its failure to take seriously the advice it was given by a range of private-sector participants and policy experts, leading it to make mistakes that were both forecastable and forecasted,” they write.

Still, during its first three months, the PPP “was able to get an astonishing amount of money to millions of small businesses very quickly,” they write, and media coverage suggesting the program was mainly offering grants to large and well-connected firms was overblown.

Epidemiological and economic effects of lockdown