There has been tremendous focus in recent years on the plight of the typical American worker. With discussion among policymakers and the media around the impacts of globalization, technology, and other forces of change on the labor market, there are endless anecdotes describing the changing nature of work in the United States. This is a topic area in which the Hamilton Project has taken an active interest. In previous papers, the Project has considered the future of work, declining earnings for the median male worker, and the disparate earnings of those with different levels or types of education.

In a new economic analysis, The Hamilton Project takes a careful look at the data to examine what has been happening to America’s workers since 1990, paying particular interest to differences across workers with different levels of education. The analysis includes an in-depth exploration of the profiles of eight distinct categories of workers over more than two decades. In addition, an accompanying interactive feature allows users to further explore these eight profiles by comparing employment, occupational, and earnings patterns between 1990 and 2013. A technical appendix describes the data and methodology in more detail. 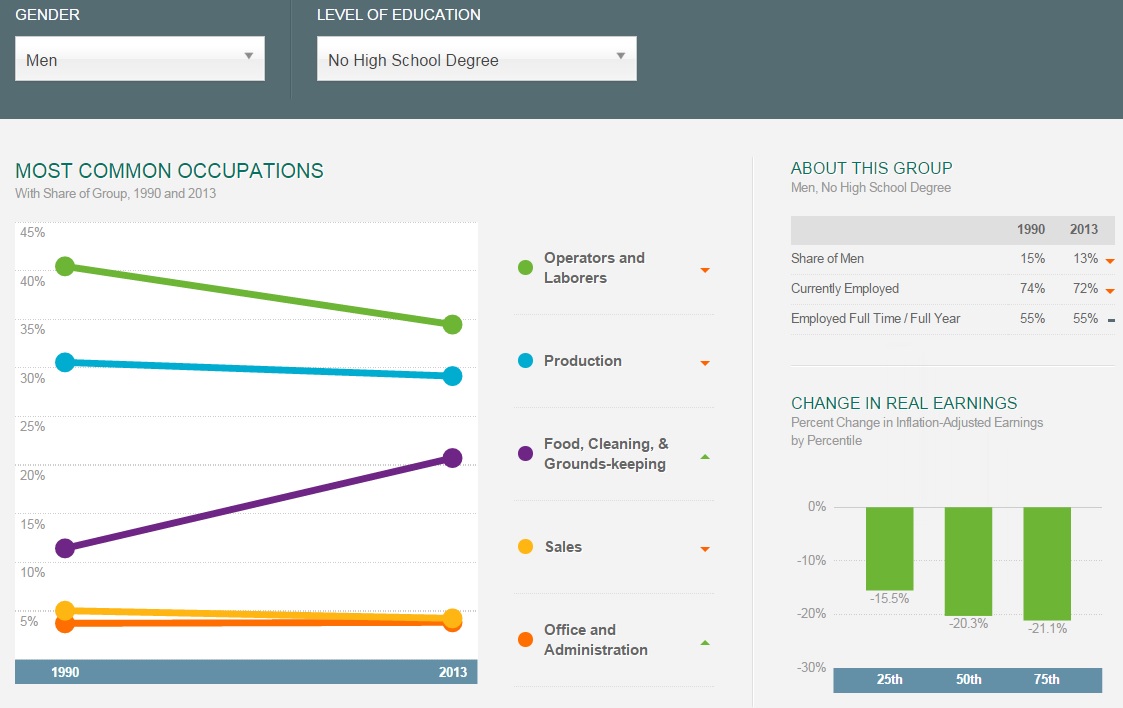 The American Worker: How Occupations & Earnings Have Changed

Specifically, the eight profiles we present shed light on occupational shifts in the labor market since 1990 for working-age adults with different levels of education:

To examine earnings trends separately from employment trends, we focus on the real earnings of individuals who worked at least 750 hours in the preceding year.  Over the period 1990 to 2013, the real earnings of those with lower levels of education have tended to decline, while they have risen for those with at least a bachelor’s degree (as shown in figure 1).  Furthermore, men without this degree have fared worse than similarly educated women in terms of earnings trends. This may in part reflect the fact that these women are working more than they did previously, and that men are working less. 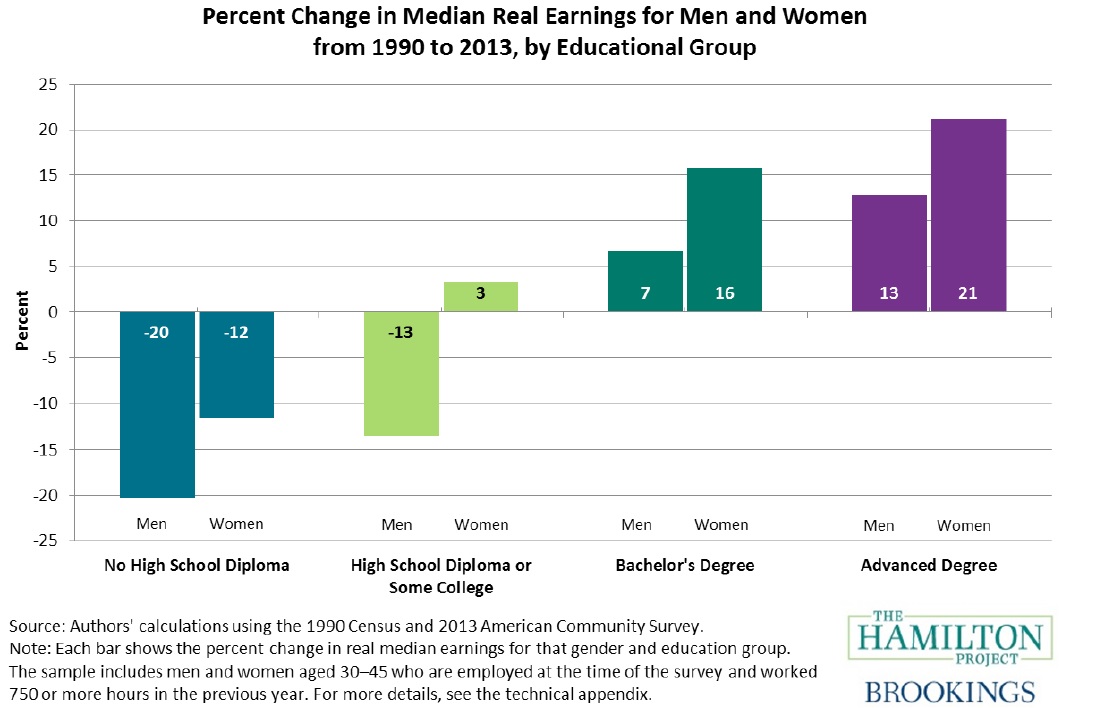 Within the profiles, we compare trends in employment, earnings, and occupations for men and women age 30–45 using the 1990 Census and the 2013 American Community Survey. The data show clearly what many others have previously noted: individuals without a bachelor’s degree have become less likely to work full-time full-year over the past two decades.  However, the data reveal that there is far more to the story, given the extent to which occupational shares have shifted for different groups of workers and what it has meant for workers’ earnings.

A key finding is that non-college educated workers are substantially more likely to work in lower-paying service occupations than in the recent past. Indeed, these changes in occupational shares between 1990 and 2013 can account for one-third of the total change in earnings for men without a high school degree and two-fifths of the total change for similarly educated women.  In contrast, individuals with a bachelor’s degree or more are just as likely to be employed today as they were in 1990, in similar occupations, and with steadily rising earnings.