Educational attainment has a big impact on early retirement

Robert Anderton, Ted Aranki, and Valerie Jarvis of the European Central Bank and Boele Bonthuis of Bundesbank find that disaggregating the components of GDP can significantly enhance the strength of the Okun relationship, which states that for every 1% increase in unemployment, GDP is reduced by roughly 2%. Using data on 17 Euro area countries, they conclude that unemployment is particularly sensitive to changes in the consumption component of GDP, but relatively insensitive to changes in foreign trade.

Chart of the week: Household Income 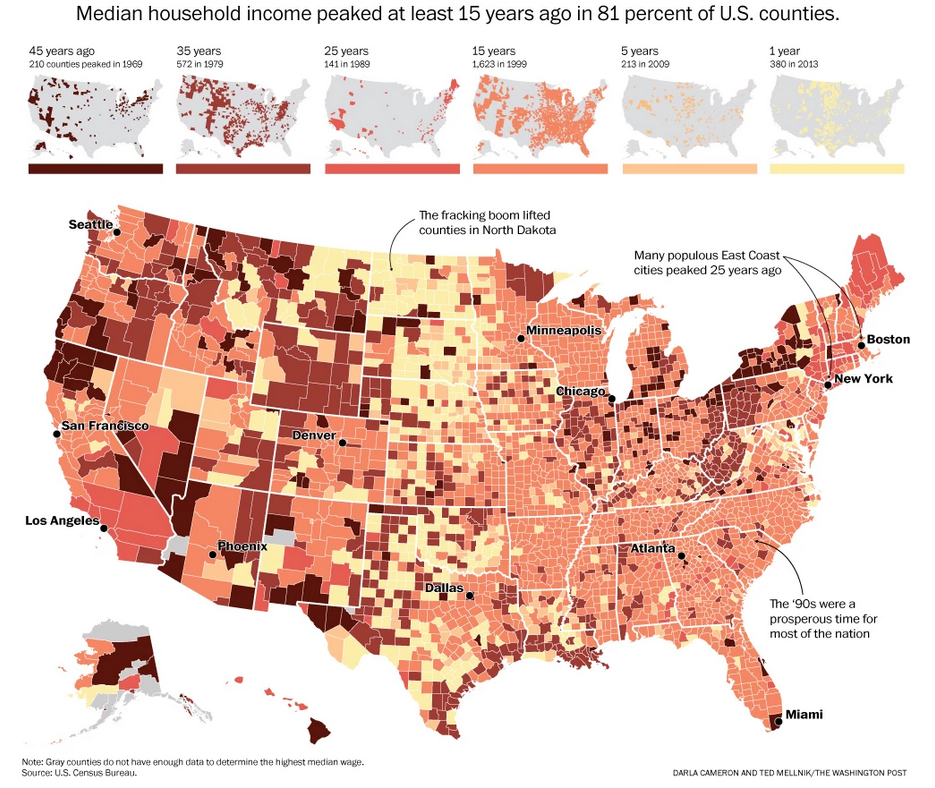 Speech of the week: The question is not whether to act, but rather how to act in addressing low growth and inflation

“The key issue now is whether the environment is changing to a point where we need to do more. What has changed is the confirmation of low growth and low inflation, and the oil shock which is obviously new. I see a broad consensus around the table in the Governing Council that we need to do more. If we had been in a position to cut rates at the last meeting, we would probably have done so. It’s not that much of a question on whether we should do something, but more a discussion on the best way to do it.”