Health spending rose 13 percent at an annual rate in the second quarter, after having declined about 7 percent in the first quarter, according to today’s release of the Census Bureau’s Quarterly Services Survey (QSS).   Smoothing through the quarterly gyrations, health spending continues to rise at a subdued pace.  Many analysts had been expecting health spending to pick up sharply, both because of the continuing economic recovery (which is expected to affect health spending with a lag) and because of the potential surge in demand for health care coming from the millions of newly insured Americans under the ACA.  But so far, the data don’t show it. 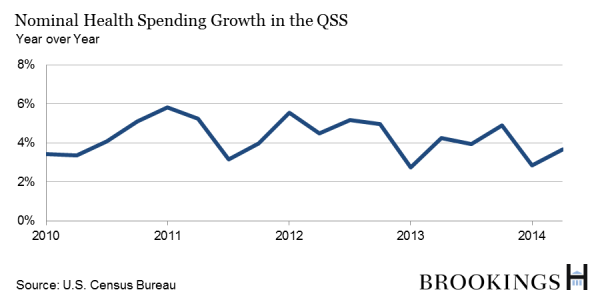 The same story is true of health prices.  Health price inflation, which has typically exceeded overall inflation by a wide margin, has been muted in recent years, and the most recent data suggest no change in that trend. 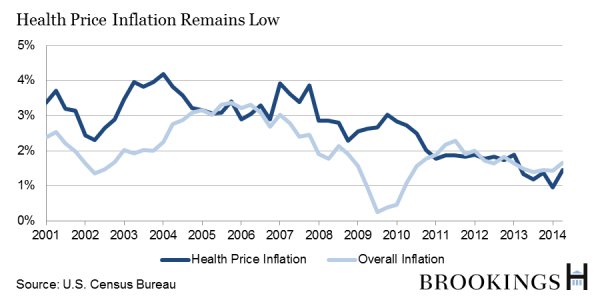 Taken together, today’s data from the QSS and the recent data on prices suggest that the Bureau of Economic Analysis will revise its estimate of inflation-adjusted health spending growth in the second quarter to about 4.5 percent , up from the modest 0.5 percent they estimated prior to the QSS release.   In itself, this could lead to an upward revision in GDP growth of up to 0.5 percentage point.