Hurricanes Sandy and Irene, typhoons in the Philippines, and floods in Pakistan are striking recent examples of recurring natural disasters. Leading up to our event on April 22 (Earth Day), I’ll continue to share with you some additional interesting findings from

After reviewing natural disasters in 2012, I was struck by the fact the several of the largest disasters of that year were preceded by similar events in 2011. In 2012, Hurricane Sandy followed on the heels of Irene on the U.S. East Coast; another destructive typhoon wreaked havoc in the southern Philippines, and Pakistan was hit by floods for a third consecutive year. 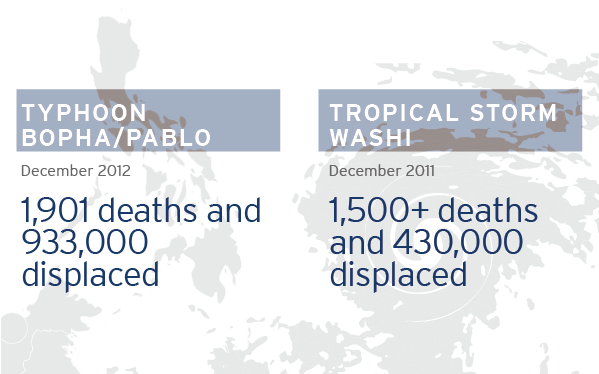 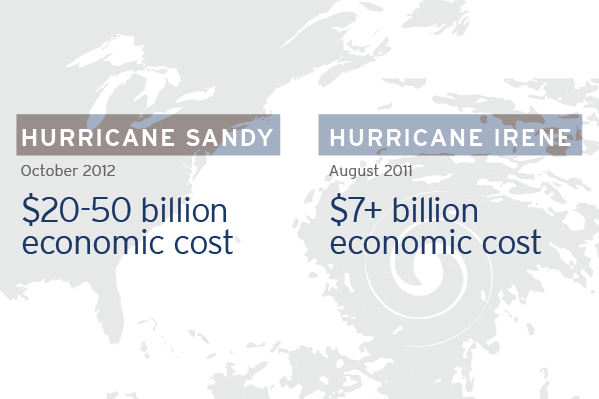 … and due to the sheer numbers of people who were impacted. 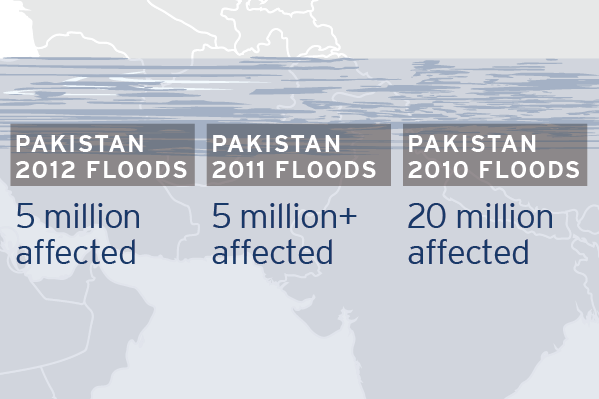 Recurring disasters undermine the resilience of affected individuals and communities, and call for long-term solutions that address livelihood issues and the welfare of those displaced.  In addition, these disasters highlight the need for increased commitment to, and investment in, disaster risk reduction.

Implementing sound disaster (and displacement) policies can go a long way in mitigating the effects of recurring disasters, and in fostering the development of more resilient societies.