Last November, Brookings published a report on artificial intelligence’s impact on the workplace that immediately raised eyebrows. Many readers, journalists, and even experts were perplexed by the report’s primary finding: that, for the most part, it is better-paid, better-educated white-collar workers who are most exposed to AI’s potential economic disruption.

This conclusion—by authors Mark Muro, Robert Maxim, and Jacob Whiton—seemed to fly in the face of the popular understanding of technology’s future effects on workers. For years, we’ve been hearing about how these advancements will force mainly blue-collar, lower-income workers out of jobs, as robotics and technology slowly consume those industries.

In an article about the November report, The Mercury News outlined this discrepancy: “The study released Wednesday by the Brookings Institution seems to contradict findings from previous studies—including Brookings’ own—that showed lower-skilled workers will be most affected by robots and automation, which can involve AI.”

One of the “previous studies” that article refers to is likely Brookings’s January 2019 report (also written by Muro, Maxim, and Whiton) titled “Automation and Artificial Intelligence: How machines are affecting people and places.” And indeed, in apparent contradiction of the AI report, the earlier study states, “The impacts of automation in the coming decades will be variable across occupations, and will be visible especially among lower-wage, lower-education roles in occupations characterized by rote work.”

So how do we square these two seemingly disparate conclusions? The key is in distinguishing artificial intelligence and automation, two similar-sounding concepts that nonetheless will have very different impacts on the future of work here in the U.S. and across the globe. Highlighting these distinctions is critical to understanding what types of workers are most vulnerable, and what we can do to help them.

Automation versus AI: What’s the difference?

The difference in how we define automation versus AI is important in how we judge their potential effects on the workplace.

Automation is a broad category describing an entire class of technologies rather than just one, hence much of the confusion surrounding its relationship to AI. Artificial intelligence can be a form of automation, as can robotics and software—three fields that the automation report focused on. Examples of the latter two forms could be machines that scurry across factory floors delivering parts and packages, or programs that automate administrative duties like accounting or payroll. 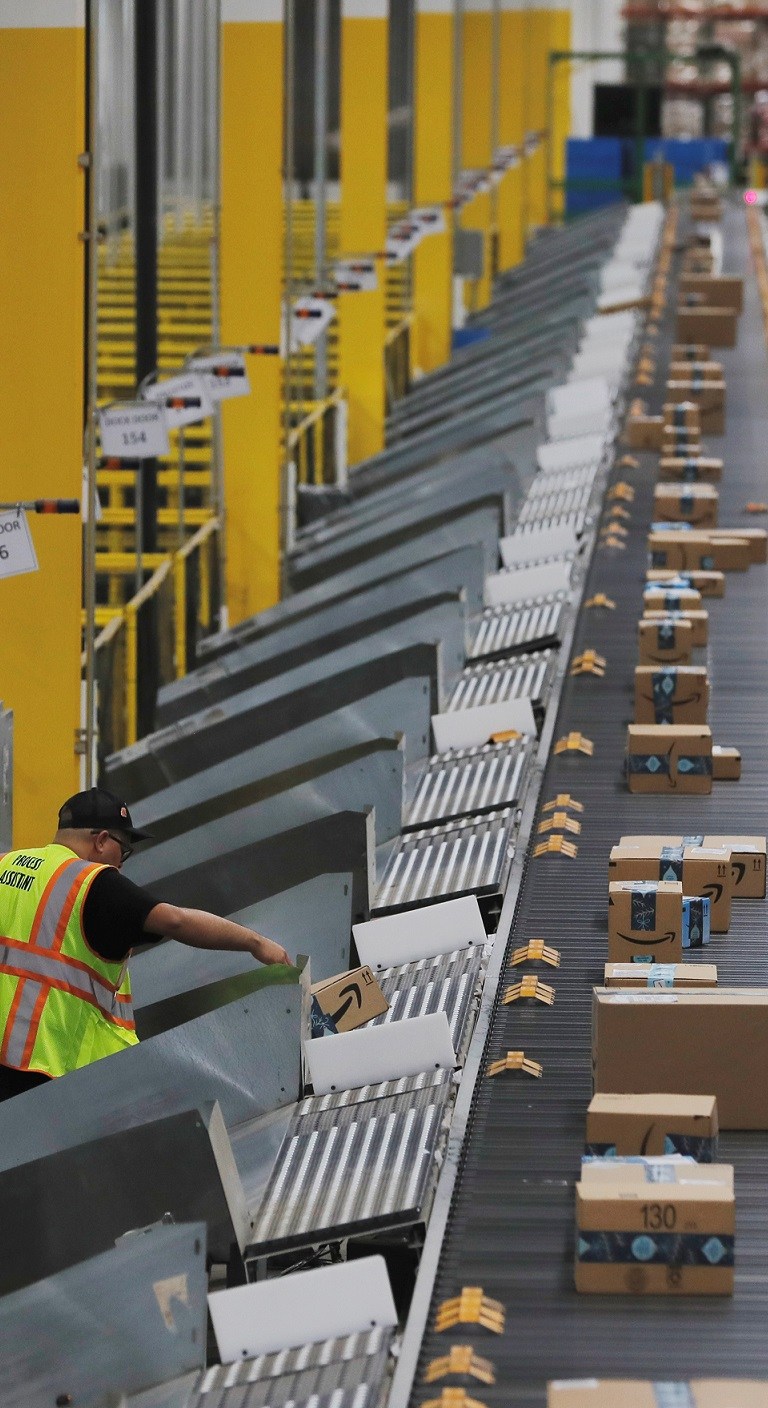 Automation substitutes human labor in tasks both physical and cognitive—especially those that are predictable and routine. Think machine operators, food preparers, clerks, or delivery drivers. “Activities that seem relatively secure, by contrast, include: the management and development of people; applying expertise to decisionmaking, planning and creative tasks; interfacing with people; and the performance of physical activities and operating machinery in unpredictable physical environments,” the automation report specified.

In the more recent AI-specific report, the authors focused of the subset of AI known as machine learning, or using algorithms to find patterns in large quantities of data. Here, the technology’s relevance to the workplace is less about tasks and more about intelligence. Instead of the “routine,” AI theoretically substitutes for more interpersonal duties such as human planning, problem-solving, or perception.

And what are some of the topline occupations exposed to AI’s effects, according to Brookings research? Market research analysts and marketing specialists (“planning and creative tasks,” “interfacing with people”), sales managers (“the management and development of people”), and personal financial advisors (“applying expertise to decisionmaking”). The parallels between what automation likely won’t affect and what AI likely will affect line up almost perfectly.

Machine learning is especially useful for prediction-based roles. “Prediction under conditions of uncertainty…is a widespread and challenging aspect of many information-sector jobs in health, business, management, marketing, and education,” wrote Muro, Maxim, and Whiton in a recent follow-up to their AI report. These predictive, mostly white-collar occupations seem especially poised for disruption by AI.

Some news outlets grasped this difference between the AI and the automation report. In The New York Times’s Bits newsletter, Jamie Condliffe wrote: “Previously, similar studies lumped together robotics and A.I. But when they are picked apart, it makes sense that A.I.—which is about planning, perceiving and so on—would hit white-collar roles.”

A very clear way to distinguish the impacts of the two concepts is to observe where Brookings Metro research anticipates those impacts will be greatest. The metros areas where automation’s potential is highest include blue-collar or service-sector-centric places such as Toledo, Ohio, Greensboro, N.C., Lakeland-Winter Haven, Fla. and Las Vegas.

AI will also likely have different impacts on different demographics than other forms of automation. In their report on the broader automation field, Muro, Maxim, and Whiton found that 47% of Latino or Hispanic workers are in jobs that could—in part or wholly—be automated. American Indians had the next highest automation potential, at 45%, followed by Black workers (44%), white workers (40%), and Asian Americans (39%). Reverse that order, and you’ll come very close to the authors’ conclusion on AI’s impact on worker demographics: Asian Americans have the highest potential exposure to AI disruption, followed by white, Latino or Hispanic, and Black workers.

What we don’t know yet

For all of these differences, one important similarity does exist for both AI and broader automation’s impact on the workforce: uncertainty. Artificial intelligence’s real-world potential is clouded in ambiguity, and indeed, the AI report used the text of AI-based patents to attempt to foresee its usage in the workplace. The authors hypothesize that, far from taking over human work, AI may end up complementing labor in fields like medicine or law, possibly even creating new work and jobs as demand increases.

As new forms of automation emerge, it too could end up having any number of potential long-term impacts—including, paradoxically, increasing demand and creating jobs. “Machine substitution for labor improves productivity and quality and reduces the cost of goods and services,” the authors write. “This may—though not always, and not forever—have the impact of increasing employment in these same sectors.”

As policymakers draw up potential solutions to protect workers from technological disruption, it’s important to keep in mind the differences between advancements like AI and automation at large—and who, exactly, they’re poised to affect.

What jobs are affected by AI? Better-paid, better-educated workers face the most exposure