The public and private sectors use information technology (IT) every day to monitor, manage, and simplify their daily operations. The omnipresence of these technologies has introduced new vulnerabilities. Intelligence agencies, hackers, and other digital vandals can exploit security lapses and inflict extraordinary damage. The recent hacking of Sony Corporation, exposed authentication credentials for various internal systems, financial records, and private employee data including social security numbers and health records. Moreover, revelations that Sony’s IT director previously served as a marketing executive and stored confidential information in plaintext demonstrates a flagrant disregard for cybersecurity.

These prodigious hacks have impacted government entities as well. According the GAO, the number of cyber threats to federal agencies increased by 782 percent between 2006 and 2012. The recent hacking of the U.S. military’s Central Command Twitter account by the militant group ISIS is the most recent reminder of government vulnerability to cyber threats. Additionally, the Center for Strategic and International Studies has estimated the likely annual cost of cybercrime at over $400 billion. These figures underscore the importance of increased cybersecurity investments. 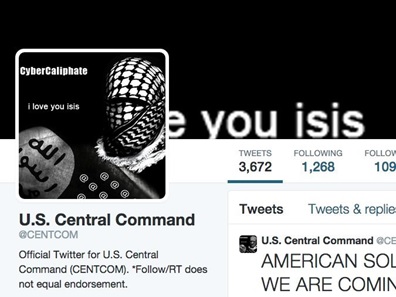 The president and other government officials often use the right rhetoric when describing the cyberthreats facing the nation. Last week, President Obama unveiled several proposals designed to bolster U.S. cybersecurity laws. However, the degree to which each federal agency has implemented cybersecurity initiatives remains unclear.

Pursuant to the Government Performance and Results Modernization Act of 2010, each federal agency must prepare a strategic plan, which sets forth goals, objectives, and other performance priorities. On average, each agency’s plan is 65 pages, defines 5 overarching organizational goals, and includes a list of about 3 objectives describing specific strategies necessary to accomplish each goal. The Department of Health and Human Services’ plan has perhaps the most details with 5 goals and 25 objectives delineated across 125 pages. The Department of Energy’s plan includes relatively fewer details in a 32 page document with 3 goals and 12 objectives.

In studying the IT initiatives described in these plans, we find that the focus on cybersecurity is abysmal. Half of the federal agency strategic plans make no mention of cybersecurity, and less than one quarter of IT objectives make any mention of efforts to secure IT systems. Additionally, federal agencies rarely discuss cybersecurity efforts in detail. Most agencies only have brief mentions of ongoing efforts.

The Department of Defense (DoD) is the notable exception. The DoD’s strategic plan discusses a variety of efforts to continuously monitor and secure IT infrastructure. This includes building robust systems with multiple redundancies and authentication protocols. In addition, the plan discusses efforts to improve the security of its interoperable systems through the Joint Information Environment (JIE) initiative.

He engages on policy driven research efforts at Arizona State University's Decision Theater Network. He is also pursuing his MBA at the W.P. Carey School of Business. Kena can be reached at kfedorschak@gmail.com

Protecting IT infrastructure may seem like a no-brainer, but it is clear that cybersecurity is not a high priority for most U.S. federal agencies. Failure to enhance IT security will likely result in catastrophic outcomes as militant groups and other cyber vandals increasingly target critical infrastructure.

How is Russia conducting cyber and information warfare in Ukraine?

How to prioritize the improvement of open-source software security