Information and Communications Technologies (ICT) have numerous benefits for their users. ICT makes it easier for firms to grow and for innovators to develop solutions to long standing problems. Over the past ten years the world has undergone a dramatic transformation as more people in the developing and developed world gain access to ICT. Recently the International Telecommunication Union (ITU) released their updated World Telecommunication/ICT Indicators database. The update includes estimates for 2014. These predictions are likely to change, but they offer a view into many worldwide technology trends. 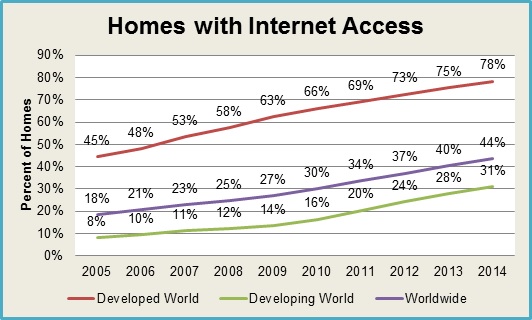 Mobile Phones are the New Standard 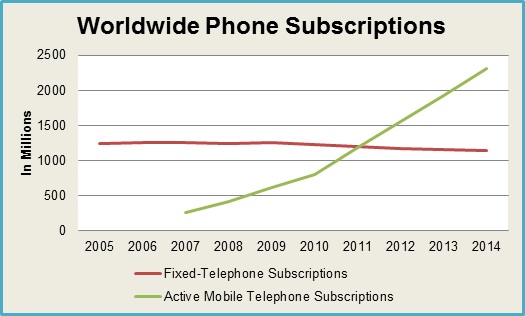 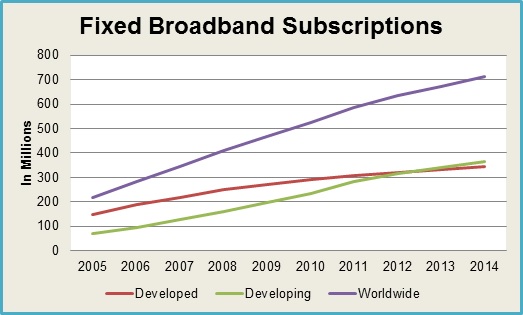 Taken together these graphs suggest the emergence of a new world where people everywhere regardless of their economic circumstances can enjoy the Internet. Deploying new technologies including mobile high-speed internet will be critical to expanding the benefits of Internet access to those in the developing and developed world that lack high speed connections.

We here at TechTank hope to write more about the new data from ITU. Stay tuned for further analysis.