Billionaires are under the Brookings microscope. In his new book, Billionaires – Reflections on the Upper Crust, Darrell West dissects the origins and consequences of super-wealth. He gives us plenty to worry about.

For one thing, “billionaire activism”’ can distort the political process. You might want sharp cuts in taxes or welfare; you might want to legalize same-sex marriage. Either way, you probably don’t want these decisions being so heavily influenced by huge infusions of cash from a handful of individuals.

Billionaires: What Would Bertrand Russell Say?

“Wealth in and of itself is not problematic,” writes West. “It is how rich people convert financial might into political power for their own benefit that creates problems.”

West follows in the footsteps of the British philosopher Bertrand Russell, who wrote: “The fundamental concept in social science is Power, in the same sense in which Energy is the fundamental concept in physics” (Power – A New Social Analysis). Russell believed the key task of social science was to understand how power can be converted from one form to another and that the key task of politics was to stop it.

The Wealthy Pull Up the Ladder Behind Them

West cites evidence that two out of three wealthy individuals are from humble origins. They worked, thought, and innovated their way to the top of the pile—and likely had a some good luck along the way, too. So you might expect that they would be fierce advocates of policies to promote opportunity. Sadly not. While most of the population agree that ‘government should spend what is necessary to ensure that all children have good public schools’, only a third of the richest 1% do: 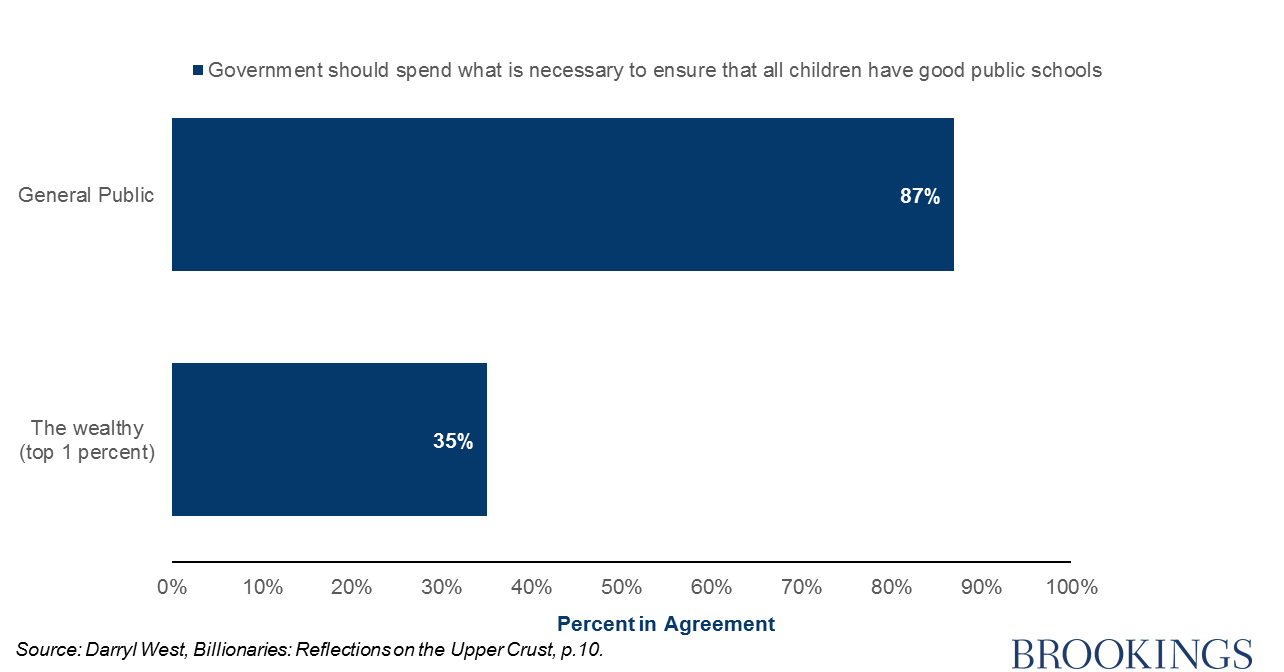 A Glass Floor at the Top?

Of course, one reason the wealthy may not care about public schools is that their own children won’t attend them. They can opt out of the public system and spend a great deal on private education. The danger here is that elite status is perpetuated, as the wealthy do whatever it takes to prevent their own children from being downwardly mobile—essentially buying a “glass floor” to put beneath them—while public schools remain, for too many, inadequate.

There is some evidence that the American income distribution has a ‘sticky top’. For those born to fathers in the highest earning brackets, the chances of falling 20 percentiles down the earnings distribution are much lower in the United States than in Canada, according to work by Miles Corak, Matthew J. Lindquist and Bhashkar Mazumder: 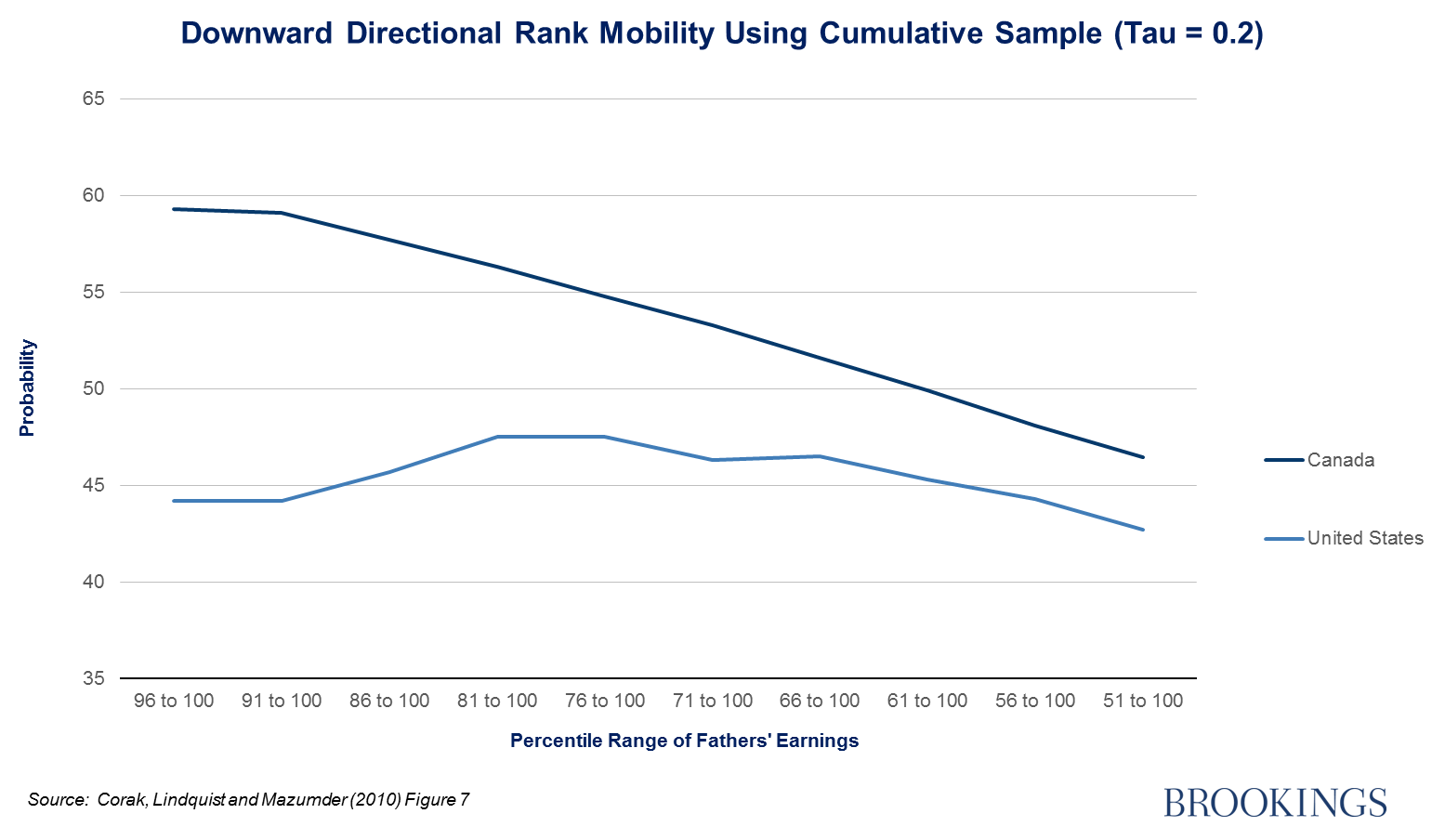 Of course, billionaires make up a tiny fraction of a tiny fraction of the super-wealthy. But as West demonstrates, their political influence contributes to the “wealthification” of politics. There may also be implications for social mobility, if high status becomes an inherited rather than earned attribute.