Social mobility is moving up the political agenda, but in a fairly masculine fashion. Much of the intergenerational data relies on father-son comparisons; a disproportionate number of the “rags to riches” stories involve men. A useful corrective come this week in the form of a new report about women’s mobility from Pew’s Economic Mobility Project. The paper compares Baby Boomer women to their parents in terms of wages, hours worked, and where they end up in the income distribution. Six findings stand out:

2. The poorest women are doing best. 80% of daughters raised in the bottom quintile have higher wages than their fathers did. (h/t Scott Winship) 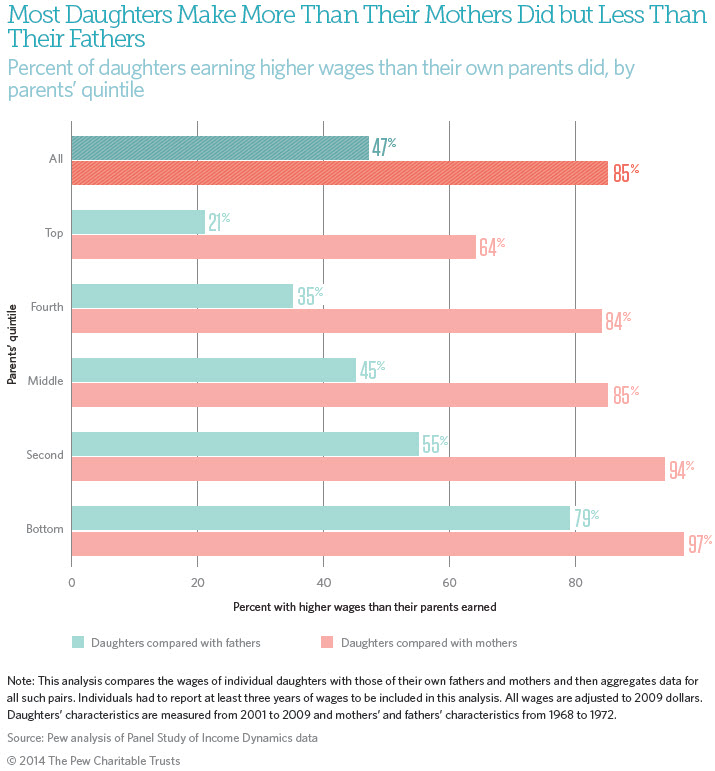 4. Women who grew up in households where their mother did not work actually have the highest family incomes today—but not because they themselves earn more. Daughters’ individual incomes do not vary significantly by mother’s work status, but family income does—suggesting that daughters whose mothers didn’t work have higher earning husbands. (Catherine Rampell discovered this by asking Pew to split out their analyses by mothers’ labor choices.) Perhaps those raised in more traditional settings are more likely to replicate a traditional division of labor? 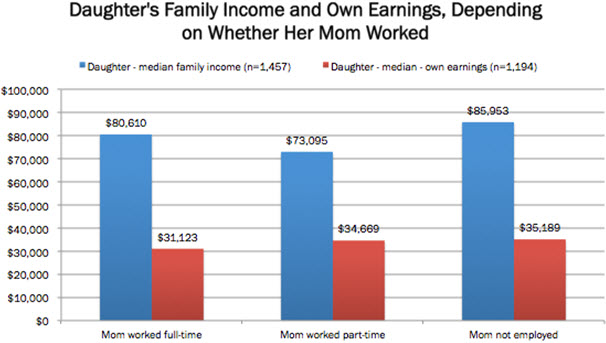 6. More work for women has been good for mobility, particularly for those at the bottom. Pew looked as what would happen to mobility if women’s wages increased as they have over the past forty years, but women’s labor force participation (i.e., hours worked) were the same as in their mothers’ generation. They found that increased work hours resulted in an 11 percentage point increase in upward mobility for women born at the bottom.

Beyond Deng and Richard V. Reeves
Friday, October 8, 2021
Up Front

Beyond Deng and Richard V. Reeves
Thursday, September 9, 2021
Get daily updates from Brookings