The contemporary American labor market is characterized by persistent, record-high levels of long-term joblessness. Over one-third of all unemployed workers have been looking for work for at least six months. New research from former Council of Economic Advisers chairman Alan Krueger and his Princeton University colleagues suggests that the long-term unemployed are on the margins of the labor force, and exert minimal pressure on both the job market and the macro-economy. This detachment of the long-term jobless has gloomy implications for economic mobility, not only for the individuals who are out of work, but also for their children. 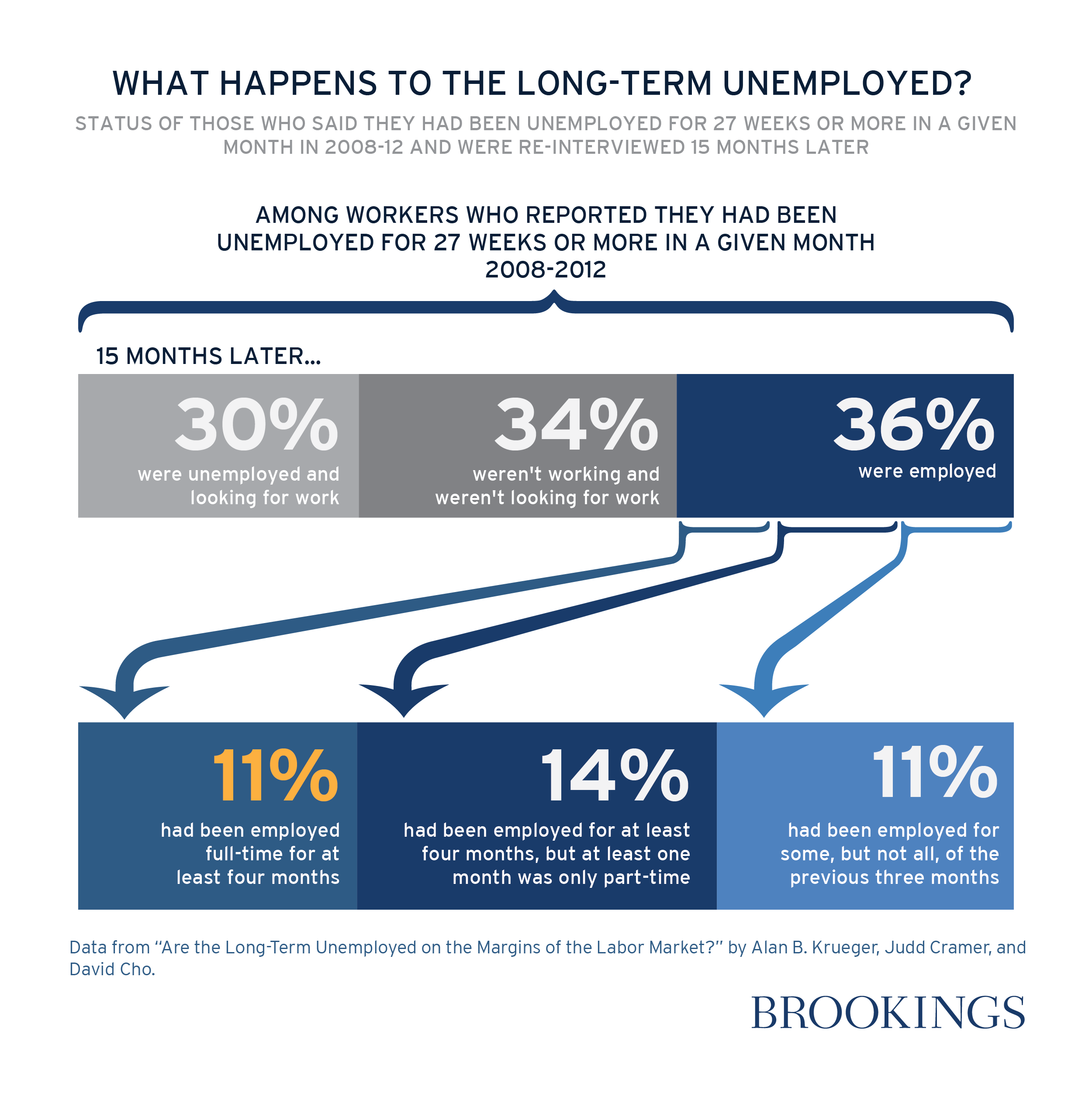 What is to be Done?

In the case of both unemployment insurance benefits and job training policy, politics are getting in the way of economically-sound policy. Until and unless Congressional dysfunction—namely Republicans’ refusal to govern responsibly—eases, prospects for the long-term unemployed are considerably poorer than they otherwise would be.

Senior fellow - Center on Labor, Human Services, and Population at the Urban Institute