To economists who have long regarded pricing carbon as critical to reducing the risk of climatic disruption, last week’s chorus of world leaders calling for such measures is welcome music.

Finance ministers need to think about reforms to fiscal systems in order to raise more revenue from taxes on carbon-intensive fuels and less revenue from other taxes that are detrimental to economic performance, such as taxes on labor and capital. They need to evaluate the carbon tax rates that will help them meet their mitigation pledges for Paris and accompanying measures to help low-income households vulnerable to higher energy prices,” said Christine Lagarde, Managing Director of the International Monetary Fund (IMF). 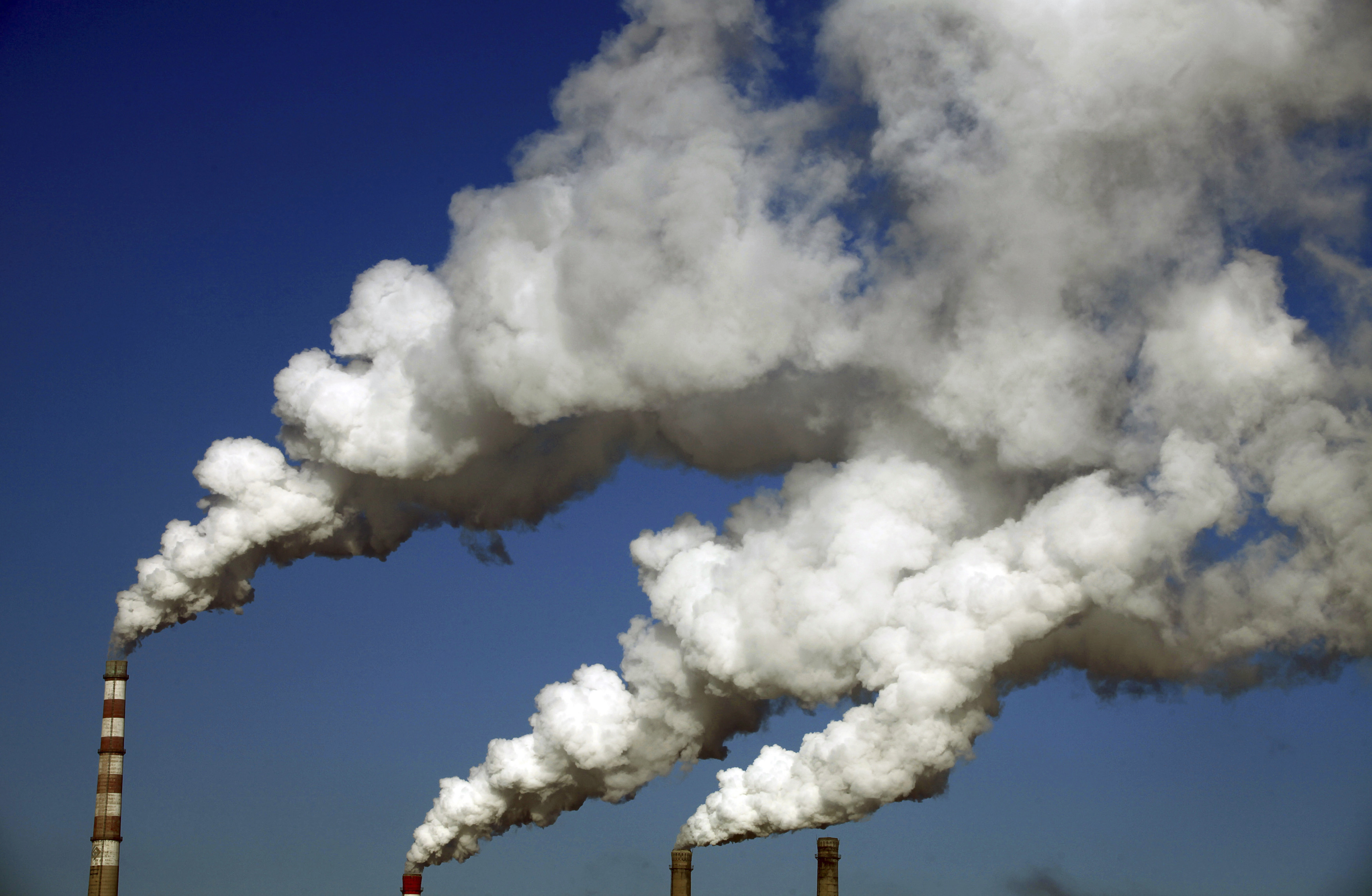 Smoke billows from the chimneys of a heating plant in Jilin province, China, in January.

World Bank Group President Jim Yong Kim is equally clear: “There has never been a global movement to put a price on carbon at this level and with this degree of unison. It marks a turning point from the debate on the economic systems needed for low-carbon growth to the implementation of policies and pricing mechanisms to deliver jobs, clean growth and prosperity.”

The two leaders made these statements as they announced a new alliance of national, state, and local policymakers called the Carbon Pricing Panel.  OECD Secretary General Angel Gurria is also involved.

The current groundswell of support for measures that would increase the relative price of fossil fuels (such as cap-and-trade systems and carbon taxes) arguably took root at the United Nations Climate Summit in 2014, where 74 countries and more than 1,000 companies expressed support for a price on greenhouse gas emissions. At the summit, United Nations Secretary-General Ban Ki-moon encouraged “more governments and companies to embrace carbon pricing as a valuable tool for limiting further global temperature rise.” The momentum also follows from a series of excellent IMF publications showing how countries can benefit directly by eliminating distortionary (and sometimes regressive) fossil energy subsidies and pricing energy efficiently.

To economists who have long regarded pricing carbon as critical to reducing the risk of climatic disruption, last week’s chorus of world leaders calling for such measures is welcome music.

To those of us who contribute to the research literature, recent remarks by the new chair of the Intergovernmental Panel on Climate Change (IPCC), Dr. Hoesung Lee (an economist), are especially validating: “If you ask me to choose the most important work in climate change issues, then I’ll choose carbon price. That’s because it is the driver to put us into the right track.” In his new role, Dr. Lee has a golden opportunity to encourage this “most important work” and finally give it the attention it is due; while a compelling body of peer-reviewed literature on greenhouse gas pricing policies has accrued over recent decades, the IPCC has so far given it short shrift in its encyclopedic climate change reviews. For example, the latest IPCC Assessment Report (the AR5) dedicates about seven out of 4000+ pages to carbon pricing policies, and that’s up from about two pages of coverage in the previous Assessment Report. To be fair, the IPCC’s reports cover the universe of climate science, impacts, and mitigation research. Moreover, the IPCC’s work program is subject to the fraught consensus of member countries and cannot be policy prescriptive. On the other hand, it is hard to believe that the IPCC is fulfilling its mandate to be policy relevant with such scant attention to scholarship on the most cost-effective solutions to the problem. 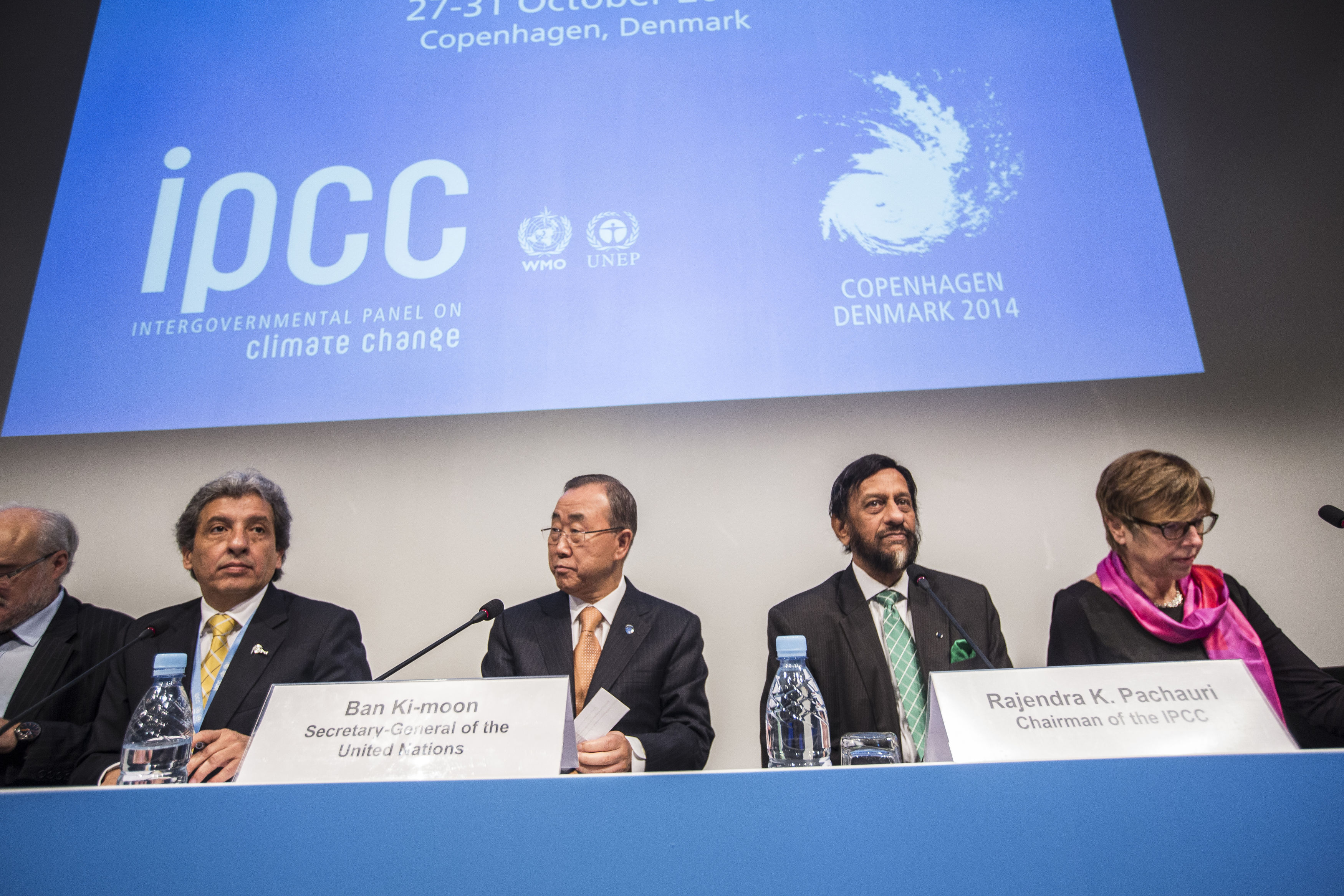 Leaving aside the bigger picture of how the IPCC might best shift its focus from the increasingly settled science to sensible solutions, here’s a proposal for a first redress of this woeful gap: the IPCC should prepare a Special Report specifically on carbon pricing. It should review the extensive peer-reviewed literature on the economic and environmental outcomes of policies that discourage greenhouse gas emissions through market forces, examining the important design elements of such policies and elucidating the tradeoffs across numerous policy objectives. It can cite examples of such policies around the world (including those adopted by sub-national governments) and summarize analyses of how they have worked. The report should also synthesize the research on how carbon pricing policies compare and interact with other measures, such as technology-specific regulations and subsidies, and explain how carbon pricing can fit in the broader landscape of fiscal policies. The report should also outline important findings about the potential benefits and challenges, economically and environmentally, of restructuring consumption-distorting fossil fuel subsidies.

Leaving aside the bigger picture of how the IPCC might best shift its focus from the increasingly settled science to sensible solutions, here’s a proposal for a first redress of this woeful gap: the IPCC should prepare a Special Report specifically on carbon pricing

One problem arises. Dr. Lee cannot pursue the preparation of a Special Report without a request from the United Nations Framework Convention on Climate Change (UNFCCC). This means that the proposal must originate directly from a government; as supportive as Dr. Lee, Madame Lagarde, and President Kim may be, this idea cannot come from them. It falls to the Obama Administration or heads of other UNFCCC Parties to ask the IPCC to bring forward this report. The opportunity to build on the current momentum around carbon pricing is extraordinary. Which leader will step up?