For the next two weeks, negotiators from more than 190 countries will convene in Lima, Peru, for the 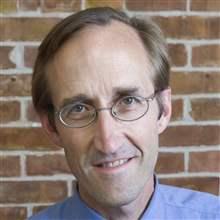 Timmons Roberts on what’s on the line in Lima

After the Copenhagen talks in 2009 faltered and nearly brought down the United Nations-led negotiations to muster the world’s nations to address this trickiest of issues, the multilateral system is finally rising again to its feet. Many issues are coming to a head this month as thousands of officials, experts and activists converge on Lima, Peru for the 20th annual U.N. climate change negotiations, called the COP, or Conference of the Parties.

There will be debates on who is doing enough to reduce their emissions, focusing on the big emitters like the U.S., China, the EU, India, Brazil, Japan, Russia and Indonesia. There will be technical debates about what countries should actually be required to promise, whether it is just emissions, or also should include issues like financial pledges, new technology to be shared, assistance with adapting to climate impacts, and so on.

On emissions reductions, the joint announcement by the U.S. and China was quite well-timed to show a way forward. It showed that pledges can be quite different for nations at different stages of their national development, and that they can be ambitious in their own ways.

All of what comes out of Lima will not be enough. But it will be a start. The best idea swirling around these days is that we will all have to get together again in five years to make a new round of promises for the next five years of actions. The thinking is that the need to act will become clearer by then, and the means to do so will also become more plentiful.

Some despairing climate policy observers used to gasp at the idea that 20 years of negotiations had gone by since the first Conference of the Parties back in Berlin in 1995. Now the consensus is that more years are exactly what we need, to get to ever more ambitious pledges. 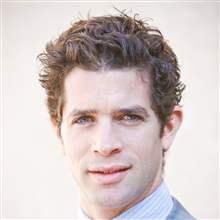 Joshua Meltzer on why the recent U.S.-China climate agreement at APEC is a crucial step for Lima 2014 and Paris 2015

From December 1-12, 2014, all nations will convene in Lima, Peru for the U.N. climate change meeting. This is the last U.N. meeting before the meeting in Paris in 2015, where countries have agreed to reach agreement on greenhouse gas (GHG) targets that will apply from 2020 onward. Getting to a climate change agreement in Paris will require maximizing the opportunity of leaders’ meetings in forums such as the G-20 and APEC to discuss the key elements of what can be agreed.

In this regard, the U.S. and China climate change agreement at the recent APEC meeting in Beijing is a crucial step. The U.S. has now committed to reducing its GHG emissions by 26-28 percent by 2025 and China has agreed to peak its CO2 emissions around 2030.

These are ambitious targets for the U.S. and China. Coming from the world’s first and second largest GHG emitters that collectively represent around 40 percent of global GHG emissions, it also signals to the rest of the world that the U.S. and China are serious about reaching an ambitious agreement in Paris to address climate change.

For instance, for the U.S. to meet its target will require a doubling of its GHG emission reductions from 2020. For China’s CO2 emissions to peak will require significant structural reforms. In addition, China’s target includes a commitment to a 20 percent share of its energy coming from non-fossil fuels. Some of this will be made up from the large nuclear build that is underway, but significant increases in solar energy and wind will also be needed.

The fact that China has now agreed to a target is also a significant step for climate change diplomacy. This is the first time that a large developing country has agreed to accept an economy-wide cap on its emissions. It stands in contrast to the principle of common but differentiated responsibility, included in the UNFCCC and the Kyoto Protocol, and which developing countries have used to argue that they should not be required to cap their emissions. This position has gummed up climate diplomacy, particularly as it became clear that large developing economies like China, which were accounting for ever larger shares of GHG emissions, had to cap their emissions if the world was to reach the goal of keeping temperature increases below 2 degrees Celsius over pre-industrial levels.

The expectation now is that the U.S.-China climate change deal will change the negotiating dynamics at this U.N. climate change meeting in Lima. Governments from the developed world and the large emerging economies contributing the most to climate change should now be busily determining their own post 2020 GHG targets and using this meeting in Lima to make progress on the range of other issues under discussion.

Charles Frank on whether the U.S.-China climate accord is a breakthrough for Paris 2015

The recent climate change accord between the United States and China raised hopes that agreement on emission targets could be reached in the Paris negotiations in December 2015. While clearly a breakthrough, the Chinese commitment is weak. It makes 2030 the year of maximum greenhouse gas emissions, but places no limit on growth between now and then. Over the last decade, greenhouse gas emissions by China have been growing at nearly 10 percent each year. If they grow half as fast between now and 2030, or an average of 5 percent per year, they will have more than doubled from about 10 billion to about 24 billion tons per year. China’s per capita emissions will then be about 70 percent greater than those of the U.S.

A credible global climate agreement requires some commitment from India as well as China. Yet India could reasonably argue that its target date for peak emission should be much later than 2030. India’s per capita GDP is less than half of that of China’s on a purchasing power parity basis. India could argue that its target year should be extended beyond 2030 until such time as its per capita GDP is expected to be the same as China’s in 2030. For sake of illustration, if the per capita of both China and India grow at 6 percent per year, China’s per capita GDP would reach approximately $32,000 in 2030, while India would not reach that level until 2043.

The Copenhagen negotiations established a target maximum 2.0 degrees Celsius increase in average global temperatures by 2100. Under the best of circumstances, this target will be extremely difficult, if not impossible, to meet. Most scenarios designed to reach this target require complete decarbonization of electricity production and in many instances zero or even negative global annual emissions, achieved by combining biomass fuels for electricity production with carbon capture and sequestration. Without some limits on growth of emissions between now and some future peak emissions year, the 2.0 C degree target will be much more difficult than it is already.