With the NATO summit in Warsaw coming up in July, the rhetoric in many Western quarters is becoming shriller about the need to contain Russian aggression. There are good reasons for concern about Russia’s intentions and capabilities, as elaborated at the recent Lennart Meri conference in Tallinn. But in the last couple of months, Moscow has actually been quite prudent. This self-restraint is entirely uncharacteristic and is often accompanied by typically assertive language, but it shouldn’t be ignored and deserves a closer look.

There is no denying Russia’s propensity to—and even preference for—using military force. However, this tendency hasn’t been much on display this spring. The turning point was perhaps the agreement on the ceasefire in Syria, followed by President Vladimir Putin’s March 14 order to halve the grouping of the Russian Air Force at the Latakia airbase. Since then, Moscow has shown increasing inclination to cooperate with the United States and even suggested joint airstrikes; the offer was duly turned down, and Russian airstrikes against the Nusra Front have stopped. There were serious concerns about an assault on Aleppo by Bashar Assad’s forces, but Moscow has opted instead for PR offensives, like the classical music concert in the newly-liberated Palmyra.

More important signs of restraint could be found in Russia’s response to recent U.S. and NATO activities on the European theater. The military exercises held in February were half the scale of those in 2015, and involved primarily troops stationed in the Southern military district. Not a single high-profile drill has happened since, even though it would have been natural to expect that the ongoing NATO exercises in the Baltic would provoke Russian snap exercises five times larger in manpower, as was the case in 2014 and 2015. Moscow showed its irritation by staging mock attacks on USS Donald Cook destroyer in the Baltic Sea in mid-April, followed by a couple of aggressive air intercepts. But after protests from Washington, it stopped these provocations.

Russia was particularly irked by the U.S. and UK exercises in Georgia in mid-May, but again it has refrained from responding in kind. When hostilities erupted around Nagorno Karabakh in mid-April, Moscow engaged in shuttle diplomacy but didn’t seek to intimidate.

At the start of the year, Moscow announced a plan to enlarge three army brigades into divisions. At the moment, it’s presenting this reorganization as a response to the NATO plan for deploying four rotating battalions in Poland and the Baltics. While it’s unclear how this reorganization (downsized in the course of military reforms in 2009) is proceeding, we do know that Moscow is indefinitely postponing the plan to strengthen Airborne troops—the most combat-capable component of the Russian army.

Particularly striking is that Russia hasn’t responded materially to the opening of a U.S. missile defense base in Romania in mid-May, which Putin described as a “direct threat” to Russia’s security. The preparations for deploying tactical Iskander missiles to Crimea were detected back in early 2015, and the plan for stationing a squadron of long-range Tu-22M3 bombers there was announced a few months later—but neither has materialized so far. Putin’s words effectively amount to a commitment to deliver “countermeasures” to the deployment of U.S. missile-interceptors SM-3 in Romania (which according to him, could be turned into “offensive missiles” by “simply switching the software”), but he waived the opportunity to respond instantaneously.

To complete the list, Russia’s circumspect attitude toward Ukraine should be mentioned. Violations of the ceasefire in the Donbass warzone continue daily, but Putin appears to be far more interested in talking with the Western counterparts than in preparing a new offensive. The long hoped-for but still unexpected release of defiant Ukrainian politician and former pilot Nadezhda Savchenko fits this pattern. 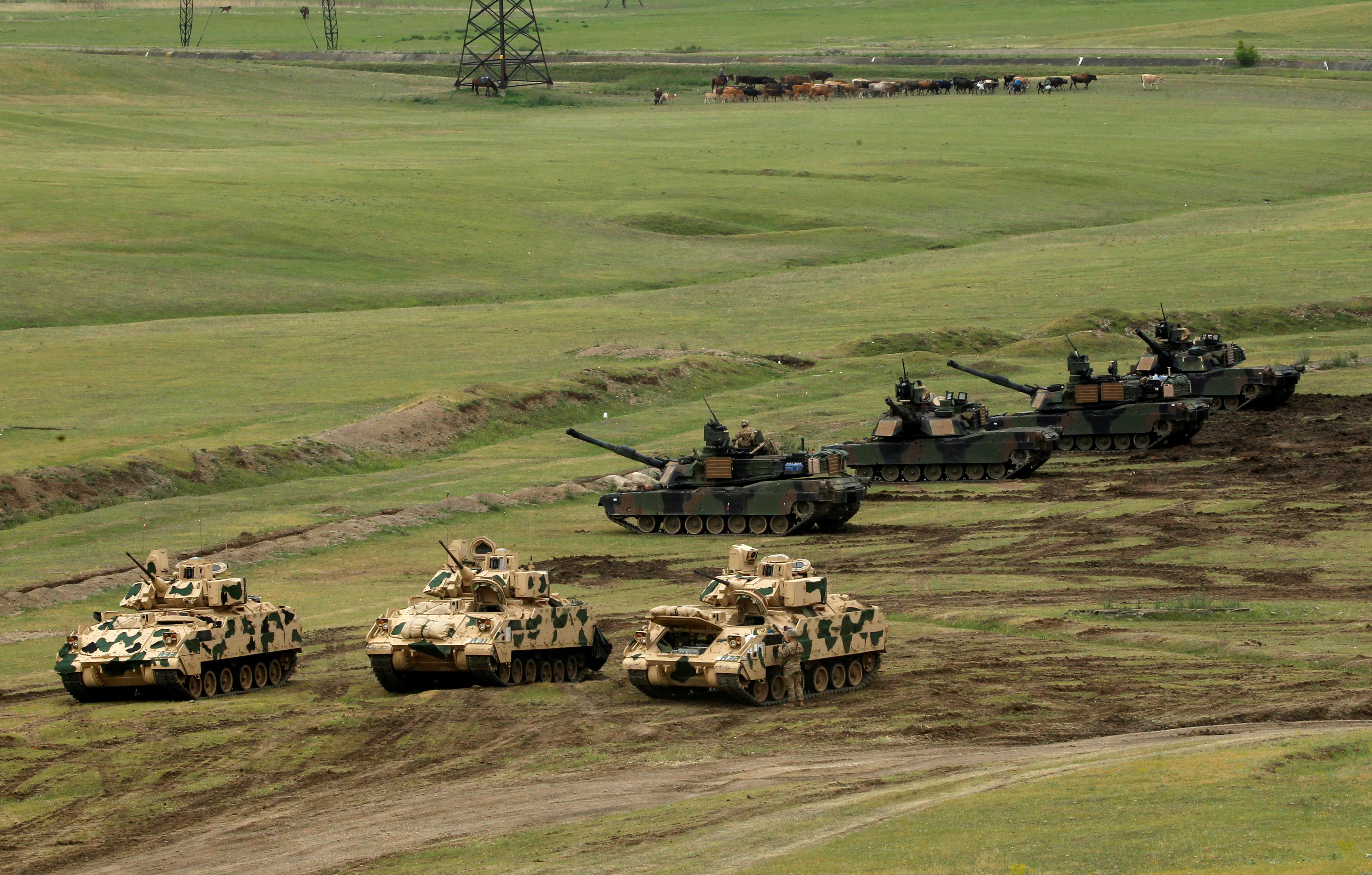 Where does this new attitude come from?

Russia’s ambivalent self-restraint remains highly uncertain, but there are at least three good reasons for it (despite the obvious desire to reciprocate “hostile” actions).

First is the combination of several foreign policy intrigues. Moscow seeks to erode the Western sanctions regime and targets every opportunity for undermining the EU unity on the issue. Putin raised it in Greece last week and Prime Minister Alexis Tsipras played along, saying the sanctions were “not productive.” There are various lobby groups and other actors in Europe working to end sanctions, and Putin expects that demonstrating “softness” will help with momentum.

Russia has taken no official stance on the referendum in the UK, but Putin cherishes hopes that Brexit would deal a major blow to the EU cohesiveness and decisionmaking capacity. Here again, another exercise in Russian force projection might strengthen the argument for upholding the Western unity, and so it makes sense to pause, for example, in sending strategic bombers near UK airspace.

Moscow will be keenly watching the NATO summit for any signs of division in the Alliance. Without fresh evidence of a Russian military threat, Moscow hopes that demands for greater collective containment will seem unconvincing. It also seeks to compromise attempts to combine increased military preparations with expanded dialogue. Foreign Minister Sergei Lavrov, for that matter, sharply rejected the invitation to hold a meeting of the NATO-Russia Council before the Warsaw summit.

The second reason for Russia’s moderation may be plain and insurmountable: the economy. Earlier this year, experts argued that Putin would have to make hard choices, and his decision to cut defense expenditures by 5 percent was merely an attempt to postpone those. But the depth of economic decline is undeniable, and Putin is asking economists to identify new potential sources of growth. Alexei Kudrin, his long-term associate, insists on a sober conclusion: there is no way around further budget cuts. Defense-industrial lobbies are working furiously at protecting their halfway-implemented rearmament programs, but they’re only postponing the inevitable.

Russia’s economic troubles are exacerbating discord in the Kremlin and prompting vicious squabbles among Putin’s siloviki (henchmen controlling powerful bureaucratic structures)—and those may constitute the third reason for self-restraint. Indeed, every time Russia goes for a military victory, Defense Minister Sergei Shoigu comes into the limelight and scores political points. He is the second-most popular politician in Russia, and Putin may become jealous of this “master of emergencies,” who doesn’t belong to his circle of loyal lieutenants and doesn’t come from the special services. Turf wars have gained new intensity, meanwhile: if the creation of the National Guard in April was a victory for Viktor Zolotov’s faction, the unexpected departure of Evgeny Murov, who was the master of the Federal Guard Service (FSO) since 2000, marks the loss of a major sobering influence. While many of the Kremlin courtiers are eager to beat the drums of patriotism against the hostile West, most of them have little to gain from acting on that rhetoric. 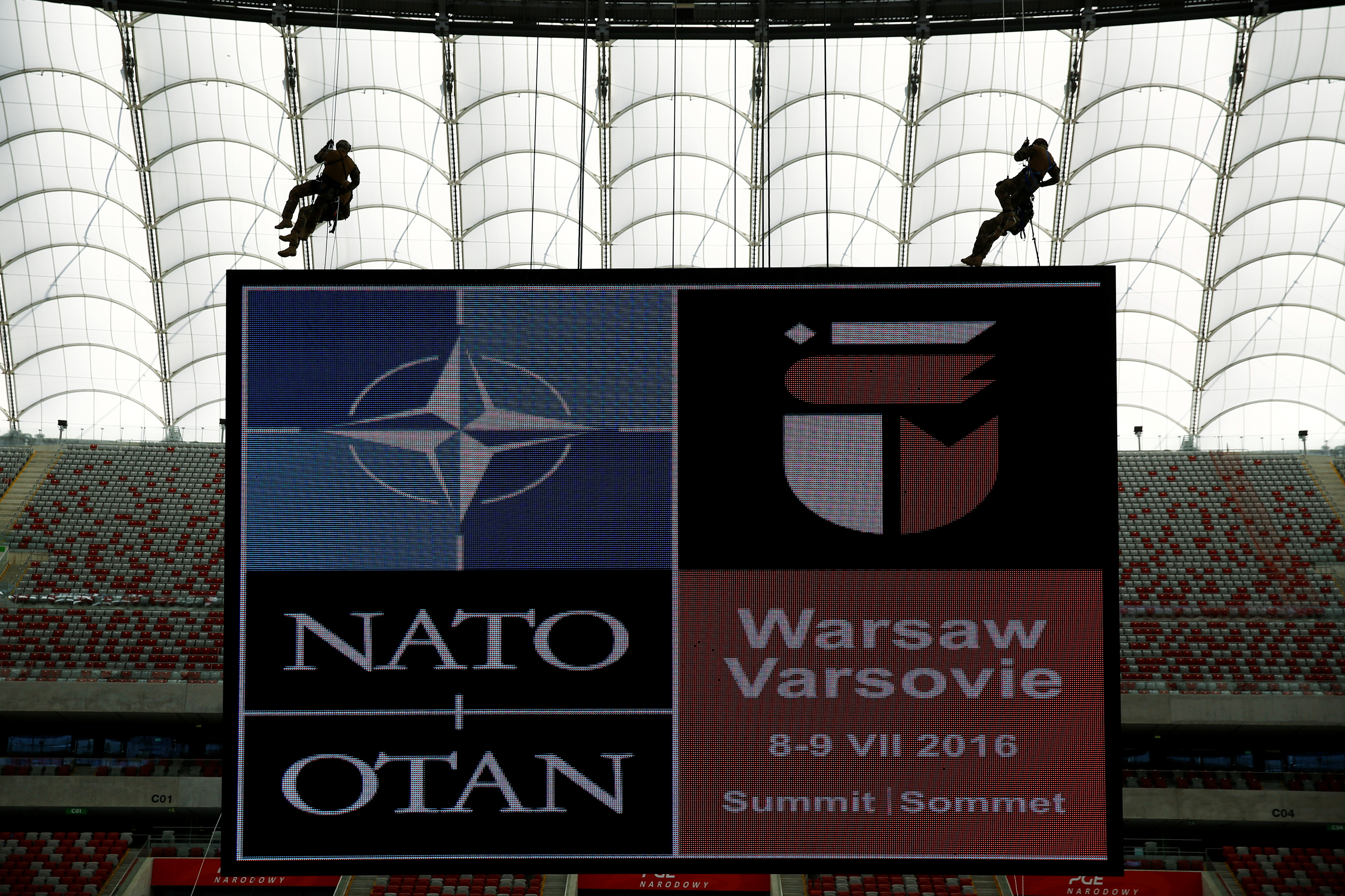 Soldiers demonstrate their skills during a military police exercise before the NATO summit in July in Warsaw, at the PGE National Stadium in Warsaw, Poland May 24, 2016. Photo credit: Reuters/Kacper Pempel.

Whither a new Russian activism?

Most of Moscow’s foreign policy intrigues are short-term and might expire by mid-summer. Indeed, the G7 has already expressed its firm intention to sustain the sanctions regime, against the preference of Putinverstehers. The EU will probably vote to maintain sanctions in June, and then comes the crucial moment of the NATO summit on July 8 and 9—there, the allies appear well-prepared for committing to strengthen their collective defense.

It is not the four battalions but the re-energized trans-Atlantic unity that would prove to Putin that his self-restraint pays thin political dividends. I agree with Steven Pifer that he will be compelled to produce “countermeasures,” but also think there are other drivers nudging Russia towards a more cautious course. Putin will need to look for responses on the cheap, and he himself maintains that Russia would not be drawn into a ruinously expensive arms race (omitting that his decision to launch the massive 2020 Armament program set the Russian economy towards stagnation).

It is not the four battalions but the re-energized trans-Atlantic unity that would prove to Putin that his self-restraint pays thin political dividends.

A new offensive in the Donbass, for that matter, would hardly be cost-efficient. It still remains a practicable option for the Kremlin (to which the recent escalation of ceasefire violations testifies), but the Ukrainian army is improving, so it will take plenty of hard—and not necessarily popular—effort to score something resembling a victory. What could break this deadlock is a large-scale projection of Russian air power, but that would deny Moscow the fig-leaf of “non-involvement,” which it has so far insisted on sporting.

Moscow has few options that could be both inexpensive and impressive. Withdrawing from the New START (2011) or the INF Treaty (1988), for instance, could destroy the proposition of strategic parity with the United States, which the Russian leadership holds dear. Putin could unveil a strategic anti-satellite program following recent successful missile tests, but doing so would take lots of time and money—both of which are in short supply. Or he could deploy Iskanders to Crimea and Kaliningrad, but this step has been promised many times, while Belarus politely refuses the offer to build a missile base on its territory.

What could make a difference is an official acknowledgement that the Iskander brigade in Kaliningrad would be equipped with nuclear warheads. This would not signify a violation of any international treaty, but would amount to an opening of the “black box” in which the non-strategic nuclear munitions are kept. These warheads are estimated to number between 1,000 and 4,000, but Russian doctrines and field manuals are mute about the conditions and targets for non-strategic strikes, so troops are not training for combat use. An attempt to turn these idle nuclear weapons into useful instruments of policy is probable, but it is also preventable. The Kremlin may need a grand strategic gesture before the parliamentary elections in September, but it is very attuned to messages from Washington.

Russia’s attention to these high-level (though not necessarily public) messages can be exploited in the coming months in order to mitigate possible late-summer spasms of hostilities, but it will become particularly important by the end of the year, when a new U.S. president-elect will be preparing to take office. While Putin and the next American president may not trust each other off the bat, Putin can suspect that the U.S. commander-in-chief may respond in kind to any Russian aggression. Knowing this, it behooves Putin to stick to the prudent path.