Iran’s parliamentary elections are two weeks away and the question surrounding them in the West is whether Iranian president Rouhani’s reform-leaning compatriots will be able to take advantage of the nuclear deal to strengthen its political positioning in Tehran. After all, some suggest, isn’t this what the Joint Comprehensive Plan of Action (JCPOA) between the United States, its P5+1 negotiating partners, and Iran was all about?

For some, this question is a critique of the Obama administration and its hope that Iran will be transformed from an ideologically insurgent country to one that respects international norms. For others, this question reflects concern that a parliamentary loss for the reform-minded population will spell doom for these elements.

Both perspectives miss the point of the nuclear deal. They also miss much of what motivated Supreme Leader Ayatollah Ali Khamenei to support the JCPOA and what is motivating his actions now.

No one knows what the future will hold in Iran. The Obama administration’s approach presumes that, with economic opportunity and the raised expectations of the Iranian people, Iran’s hardliners will accommodate popular interests in time. In my view, this bet remains as valid today as when the nuclear deal was finally negotiated in July 2015. 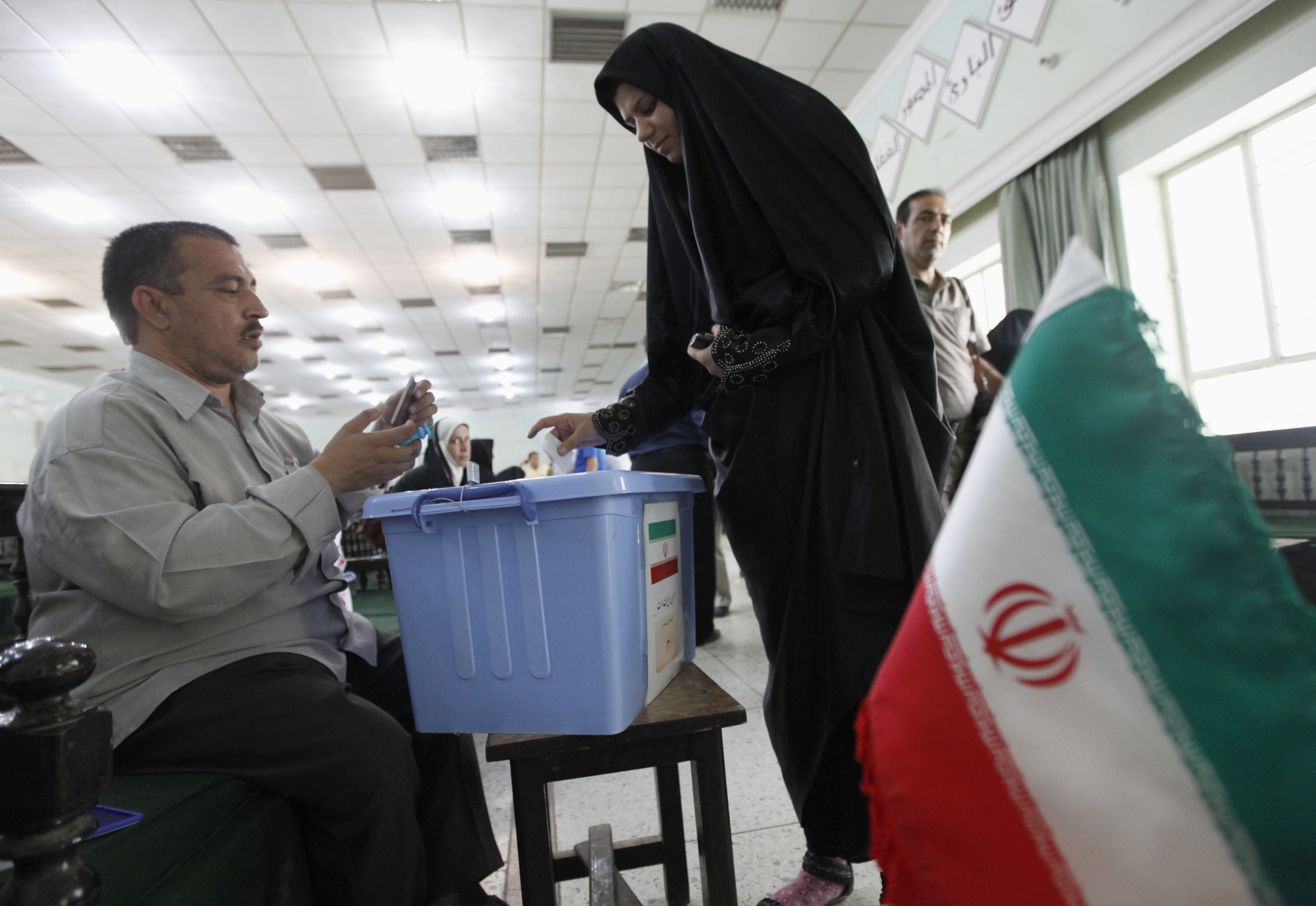 The JCPOA: What is it good for?

For all the expectations surrounding the JCPOA, it was and remains a tactical arrangement to manage the threat of nuclear proliferation in the Middle East and economic collapse in Iran. For the United States and its partners, the JCPOA was a tool to remove the risk of near-term Iranian nuclear weapons breakout and to make it harder thereafter. For Iran, the JCPOA was a tool to remove much of the sanctions pressure that had badly savaged the Iranian economy for the previous 5 years.

The conclusion of domestic deliberations over the JCPOA and its Implementation Day last month have blessedly rendered moot the debate over whether this was a good trade for the short-term. Now, the question is how to engineer a long-term solution to the problem Iran’s government still presents.

For the Obama administration, the goal is straightforward: contain and confront Iran’s meddlesome activities throughout the region, while ensuring the JCPOA is fully implemented so that economic relief flows into the country and sustains Iranian willingness to uphold its end of the bargain. The administration believes this will enable more conciliatory elements to have greater influence on government policy. The logic of this strategy flows from the conviction that people don’t prefer to be repressed and will test the limits of their repression to the extent possible. Greater financial resources and enhanced access to the outside world will enable such forces as exist in Iran to win power and influence in the country’s complicated politics. These forces will also be able to satisfy popular desires of economic growth, employment, and greater personal liberties.

[The Obama] administration is hoping that, from a position of greater comfort and security, Iran will be induced to take a more constructive approach to regional politics.

And the administration is hoping that, from a position of greater comfort and security, Iran will be induced to take a more constructive approach to regional politics. Iranian leaders will have to explain why they wish to invest national treasure and political power in foreign quagmires, particularly if there is the threat of foreign-imposed costs for Iranian adventurism for a population that has gotten used to a better life. True, the Iranian government has historically failed to be meaningfully constrained in its foreign policy by its population. But, for advocates of this line of thinking, the election of Rouhani–who campaigned on a platform of economic reform delivered in part through resolution of its international disputes–may have been one of the first instances, seeing as it reversed a hardline streak of refusing to accept constraints on the nuclear program in exchange for sanctions relief. Moreover, Iran will have far more to lose in the event that the United States and its partners decide that Iran’s troublemaking merits response from new rounds of substantial economic sanctions.

Skeptics of the JCPOA and the Obama administration’s approach toward Iran believe that it fails on its first test—an assumption of Iran’s normalcy and government rationality. They also argue that betting on a more moderate movement in Iran fundamentally misreads Iran’s political system (which does still reward hardline elements), the Iranian economy (which disproportionately advantages state-owned enterprises), and potentially the “Persian mindset” and Shi’a Islam (which Arab Gulf observers have described to me over the last six months as generating an inherent Iranian ambition for regional domination).

Critics of the Iran nuclear deal argue that it may have temporarily resolved the nuclear problem, but only by sacrificing the long-term effort needed to prevent Iran’s rise altogether. This rise has now been locked-in as a result of the JCPOA—so this school of thought goes—and inevitably we will see a rise in Iranian militarism, human rights violations, adversarial approaches to the West and its values, and support for terrorism.

To be fair, skeptics have had ample evidence of late in support of their point of view. Since the JCPOA was announced, Iran has continued to support Assad, Hezbollah, and the Houthis in Yemen. Tehran continues to execute a greater percentage of its people than most other countries and to treat its population generally in a dreadful manner. Iran continues to threaten its neighbors through missile tests and other displays of conventional military strength. And Iran’s Revolutionary Guard Corps sought to humiliate Washington through the temporary detention of 10 U.S. sailors.

None of that suggests that Iran has moderated itself nor intends to in the near term. Moreover, with the disqualification of thousands of reform-minded Iranian candidates for the Majlis, there is also a reasonable argument to be made that the Iranian system is actively trying to prevent the transition that the Obama administration and its supporters wish to engender.

However, none of this comes as a surprise to the Obama administration or its supporters. In fact, there was widespread acknowledgment in the Obama administration that Iran would not immediately become Switzerland with the conclusion of the JCPOA. President Obama’s own statement welcoming the JCPOA implicitly acknowledged this reality, and many JCPOA supporters did as well.

To put a finer point on the matter, it was not only entirely predictable to skeptics that Iran would continue to be a dangerous, destabilizing, and threatening country at home and abroad after the JCPOA—but it was also anticipated by the deal’s supporters.

[I]t was not only entirely predictable to skeptics that Iran would continue to be a dangerous, destabilizing, and threatening country at home and abroad after the JCPOA—but it was also anticipated by the deal’s supporters.

In addition, initial indicators are not necessarily useful predictors for long-term developments. Like in the United States, politics in Iran are complicated. There are constituencies battling for the future of the country using political tools, economic power, and influence. The fight over the JCPOA and its implementation—including who will reap the ultimate benefits of it—is a manifestation of these struggles, which did not end on Implementation Day.

The Supreme Leader himself has oscillated within the Iranian political spectrum over the past two decades. He seeks to maintain a government consensus across many issues to ensure the continuation of the current Iranian system and his own leadership.

The shifting sands of Iranian elite interests bedevil external analysis and render snap judgments unhelpful. For example, the same IRGC-affiliates that are benefiting from the JCPOA also benefited from economic sanctions, as they were able to take advantage of smuggling and favorable currency exchange opportunities. The fact that both sanctions and the deal have helped enrich the Revolutionary Guard makes it ridiculous to criticize either approach on that basis.

There is an inherent value of having dealt with the threat of a near-term Iranian nuclear weapon. But assessing the JCPOA solely in terms of its near-term impact on the Iranian internecine struggles—and making verdicts on the future with any degree of seriousness—also misses the point. The situation on the ground may change in Iran. Were this only a matter of academic intrigue, the consequences of such shoddy analytics would be muted. However, as policy pronouncements from the 2016 U.S. presidential campaign demonstrate, there can be real-world impacts from this debate.

Both supporters and critics of the Obama administration’s Iran policy ought to acknowledge some degree of intellectual dishonesty if they claim that they can predict with complete assurance the direction of the Iranian government’s approach. Iran has changed course before: the famous “poisoned chalice” that Supreme Leader Khomenei sipped from in making a deal to end the Iraq-Iran war is a classic example. But, as I’ve written about elsewhere, even within the nuclear deal itself, Iran accepted sweeping concessions on its nuclear program that the Supreme Leader himself said were impossible. At one point in the spring of 2015, the Iranians explicitly and publicly rejected the idea of a 10-year set of restrictions on the centrifuge program, something the deal enshrined three months later. Iran changed its position because its interests were better served by the change than by standing on principle.

Within Iran, there are generational, political, economic, and social transitions coming that will probably rock the Iranian establishment.

Within Iran, there are generational, political, economic, and social transitions coming that will probably rock the Iranian establishment. Any number of issues—from a continued quagmire in Syria to the death of the Supreme Leader to the continued low price of oil—could change how Iran is governed, responds to crises, and embraces interaction with the West.

It’s not all about America

Suggesting that there is a long, potential arc of Iranian policy vis-à-vis the United States and our interests is not the same as suggesting that the relationship will necessarily improve. It might get far worse, either because of decisions made in Tehran or Washington, much less unforeseen issues that might arise. Mindful of this, Washington should embrace the opportunity afforded by the JCPOA to restore ties frayed with other countries in the Middle East and to ensure that Iran understands that, while it has a place in the region, it will not be permitted to dominate it. This should include continued attempts by the Obama and future administrations to build a new relationship with Iran.

The United States should also maintain some sense of humility. Not every development in Iran will have an American nexus, an American cause, or an American solution. The U.S. objective should be to demonstrate that we will not abandon our partners or interests in the Middle East, or our values in dealing with countries in the region. We must also make clear that we do not seek further confrontation with Iran as we see how that country continues to evolve.

South Korea’s role in the Indo-Pacific: Opportunities and challenges under the Yoon administration