Editor’s note: This is the second in a series of reports from the field by scholars from the Brookings Center for Middle East Policy. This series focuses on the future of political Islam, based on conversations with regional leaders and activists.

Islamist movements perpetually find themselves doing delicate balancing acts. For secular elites and the international community, they must demonstrate “moderation.” Their conservative base, on the other hand, wants a dose of identity, ideology, and religion, and if not a dose than at least a nod to the movement’s “essence.” Among the leaders of Tunisia’s Ennahda party, the balance has shifted decisively in one direction. As one civil society activist put it to me: “They’re not like the others, but they’re not like themselves either.” The joke is that the secularist president Beji Caid Essebsi has taken to talking religion and quoting Quranic verses more than Ennahda’s savvy spokesmen.

How much of this is “tactical” and how much reflects a genuine ideological evolution? As I noted in my first post, we’re probably better off looking at Tunisia’s unique political context – the fragility of the transition and the distorting effects of repression – to understand Ennahda’s trajectory of caution and compromise. That said, the interplay between belief and action is rarely straightforward. 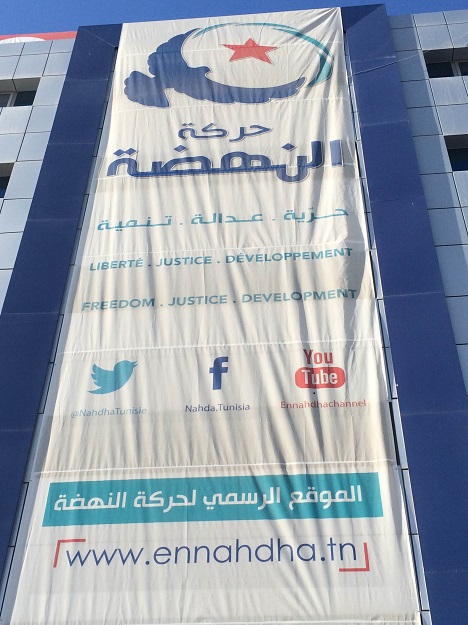 When I met with Sheikh Habib Ellouze, Ennahda’s most prominent “hardliner,” for the first time in February 2013, he was confident. “There aren’t any of us who do not believe in the rulings of sharia,” he told me. “What we disagree on is how best to present and express our Islamic ideas.” When I met with him earlier this week, he seemed less sure, especially when it came to younger party figures who grew up either in exile or outside the embrace of the haraka, or movement. What begins as tactics, he told me, can quickly become internalized. At some point, if you say something over and over, you start to believe in it. No one, after all, likes to think they’re engaging in “double discourse” (something which Ennahda is routinely accused of by its opponents). To close the gap between what you say and do and what you believe, you may have to “shift” the latter. This, one might argue, is the essence of politics. (This cuts both ways, where “moderates” adopt a more conservative discourse because it’s good electoral politics and, over time, they seem to start believing their rhetoric).

The notion of Ennahda as an “exceptional” — and exceptionally progressive — Islamist party is one that many in the leadership have embraced, and this self-perception drives its leaders to continue along the current path, despite the discontent it has stirred among a more conservative base. I have heard it over and over: “We are proud.” It feels good to prove the naysayers wrong, to demonstrate not just to skeptical secularists but to the international community that “Islam and democracy can meet.” Individuals also matter. Unlike other Islamist movements, which have generally lacked major thinkers and ideologues — Egypt’s Brotherhood hasn’t had one for decades — Ennahda’s founder and leader Rachid Ghannouchi has articulated a distinctive vision for the party. But, while it may be distinctive in some respects, the results, when applied to everyday Tunisian politics, aren’t always consistent or clear. Is Ennahda a revolutionary or a reformist party (several prominent figures have left the party because it wasn’t enough of the former)? Is it government or opposition, or is it somehow both at the same time (as it currently seems to be)? Is Ennahda a movement or a party, or both (and if it is both simultaneously, is that sustainable)? And what, exactly, does it mean for a party to be a party with a religious “reference” when it insists on downplaying that religious reference?