This post discusses my monthly update of the Barnichon-Nekarda model. For an introduction to the basic concepts used in this post, read my introductory post (Full details are available here.) In February, the unemployment rate increased to 6.7%, 0.1% higher than I expected. The difference owes to a stronger than expected decline in the unemployment outflow rate. Going forward, this small negative surprise has little impact on the contour of the forecast, and the general message is unchanged: the decline in unemployment has come to a halt, and I anticipate an unemployment rate to remain around 6.7% for the next 6 months. 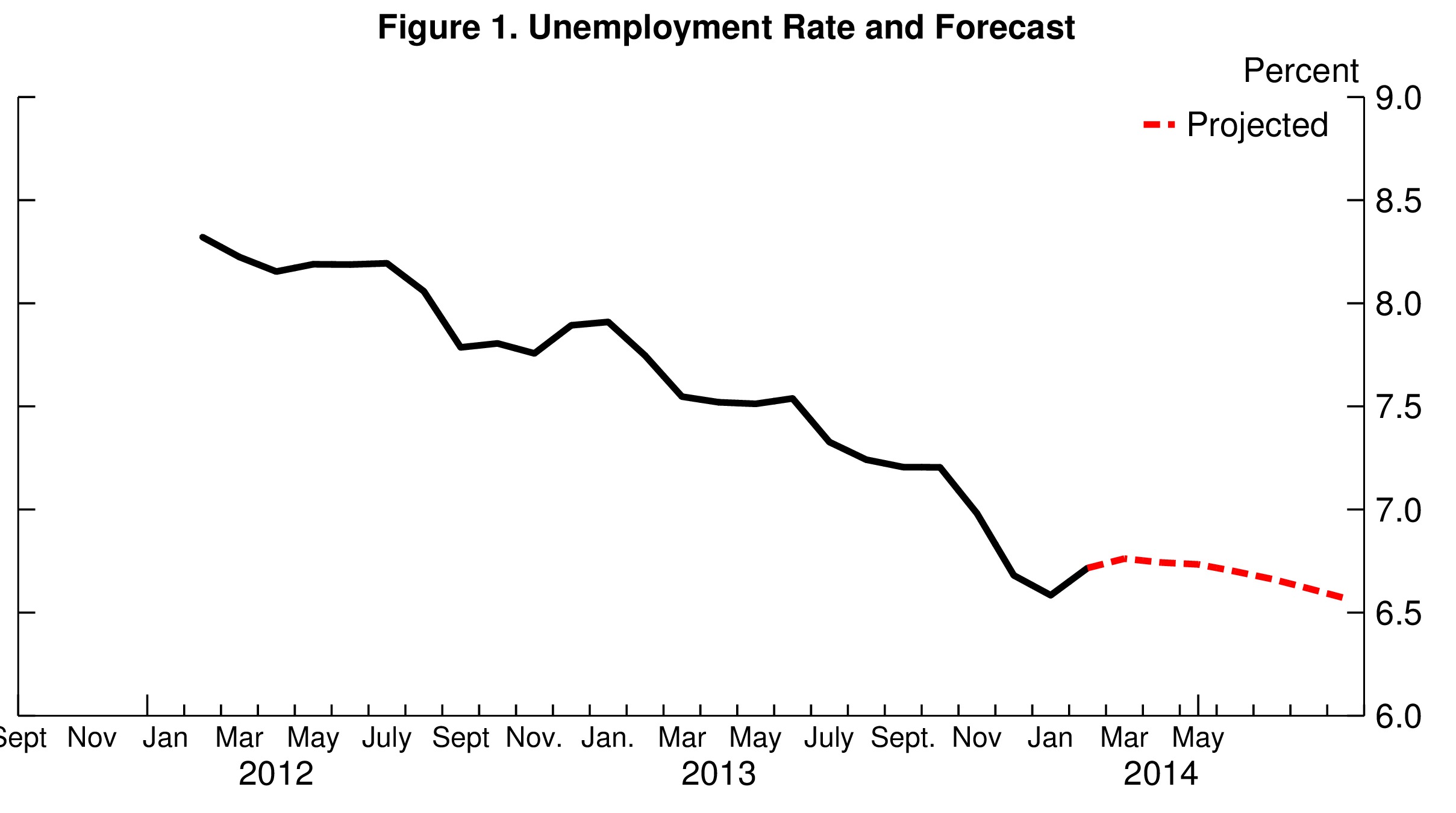 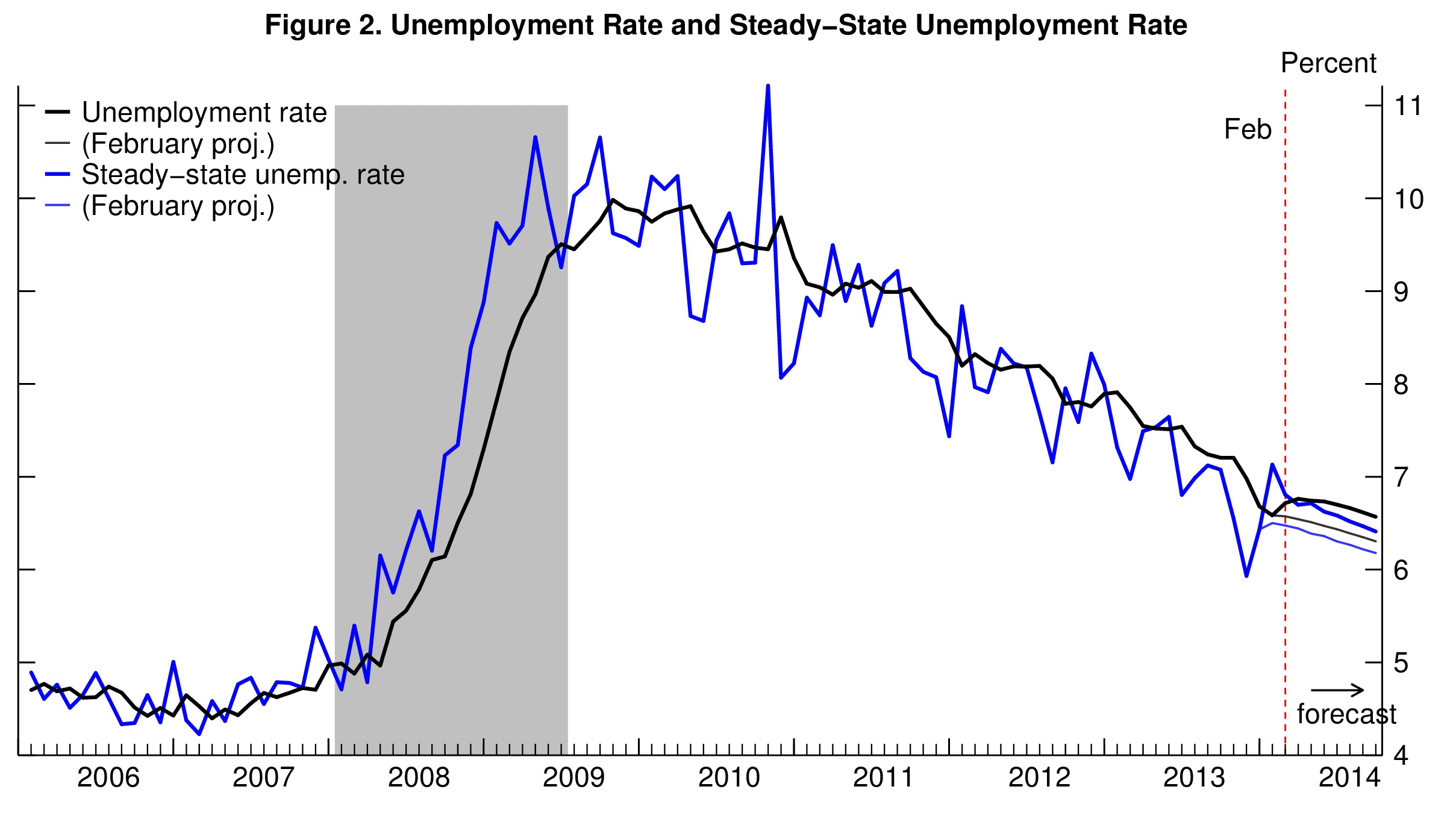 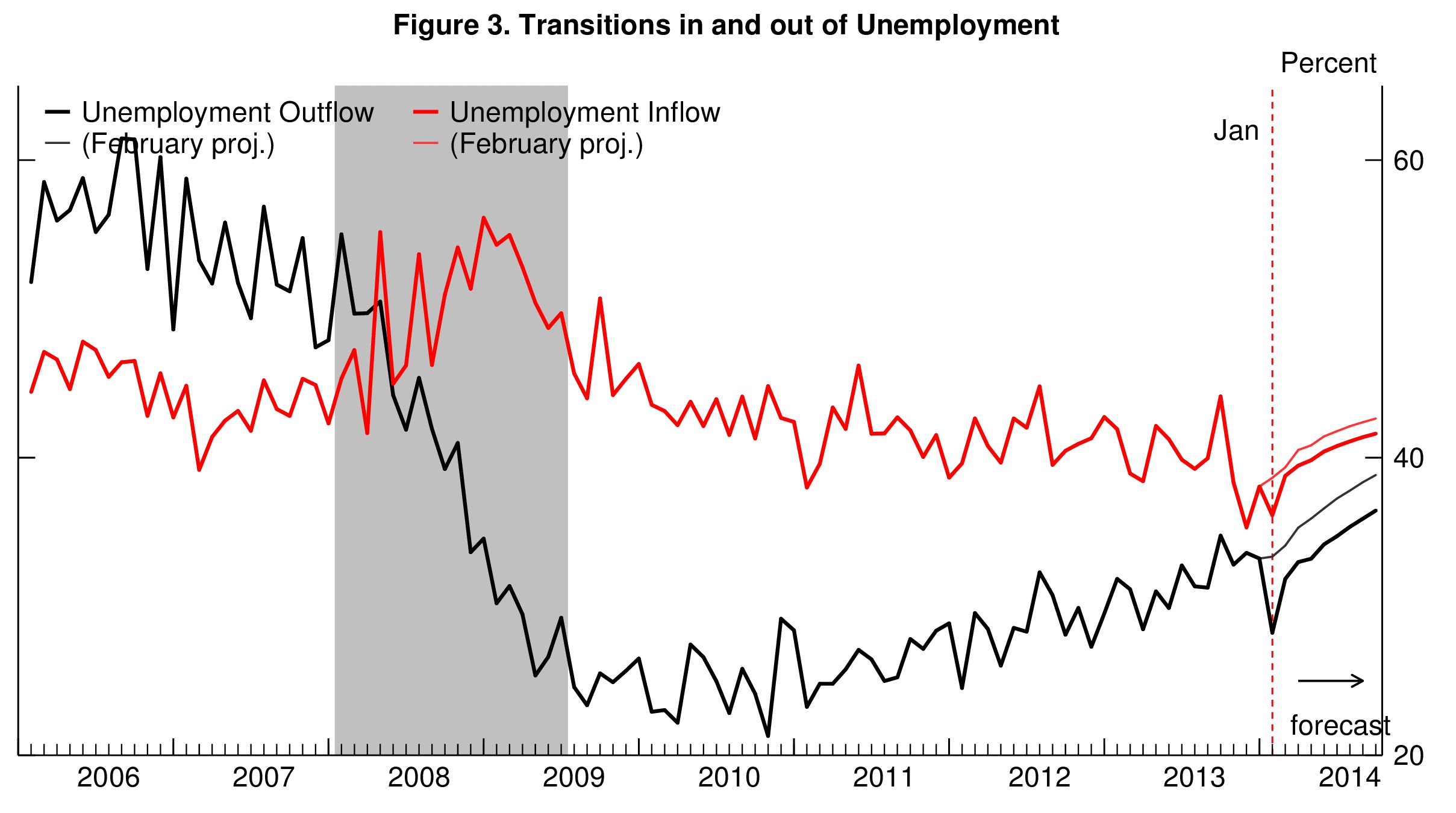