Unemployment should decline by more than 0.1 percent per month over the next six months and to fall below 6.5 percent—the Fed’s unemployment threshold—by February 2014. 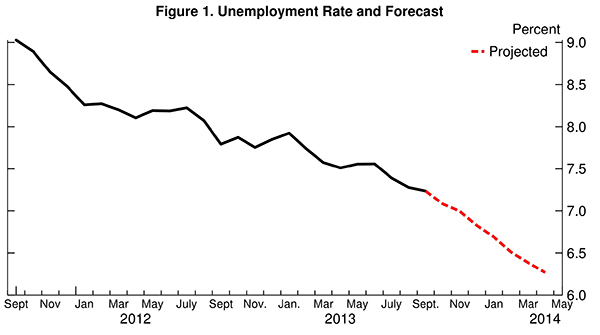 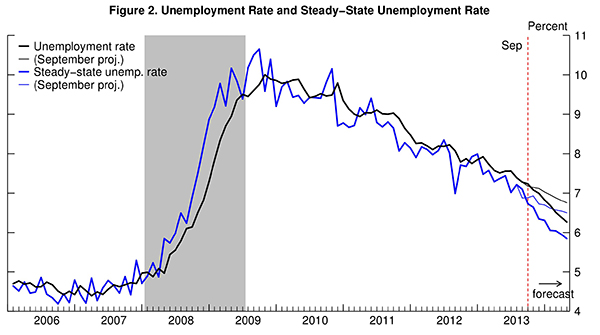 To forecast the behavior of steady-state unemployment (and hence of the actual unemployment rate), the model propagates forward its best estimate for how the flows between employment, unemployment and out-of-the labor force will evolve over time. The strong increase in job openings (the largest monthly increase in more than a year) in September and the strong decline in new claims for unemployment insurance (again, the largest monthly decrease in more than a year) are interpreted by the models as signaling (i) a strong increase in workers’ job finding rate going forward (figure 4), and (ii) a strong decrease in workers’ job separation rate (mostly layoffs, figure 3). Both forces translate into a strongly decreasing SSUR, and thus a decreasing unemployment rate. 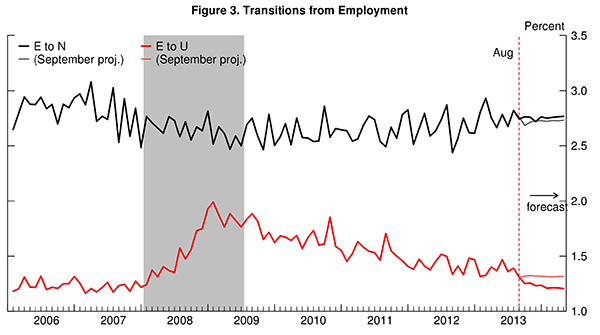 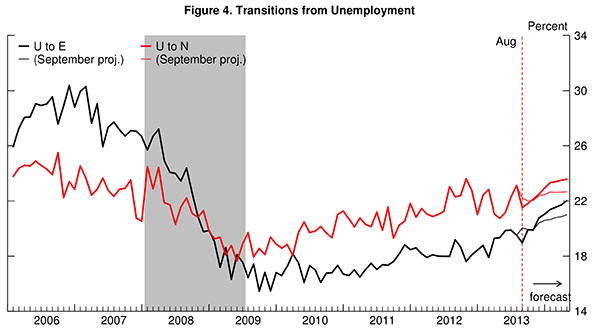