The unemployment numbers for April were in line with last month’s forecast: Improvements in the labor market are accelerating and hiring is expected to increase at a solid pace over the next 6 months, bringing the unemployment rate down to 6.8% by December 2013. 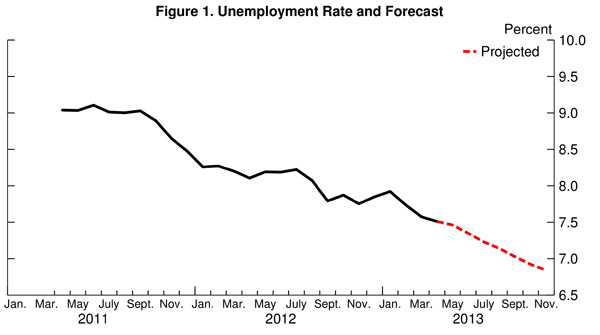 In April, the unemployment rate dropped to 7.51% (rounded to 7.5%), very close to the model’s forecast (7.55%, rounded to 7.6%, see Table 1), and the contour of the forecast is unchanged compared to last month: the motel anticipates a solid rebound in the labor market driven by strong improvements on the hiring front: the jobless rate is now projected to reach 6.8 % by December 2013 (Figure 1). 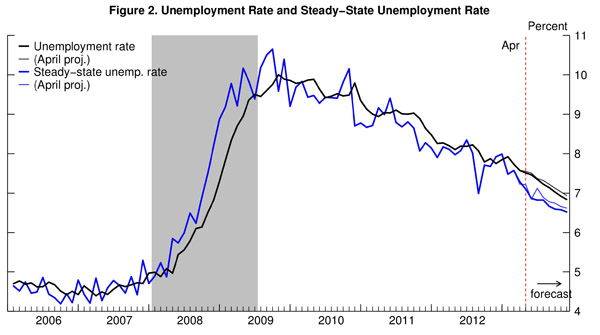 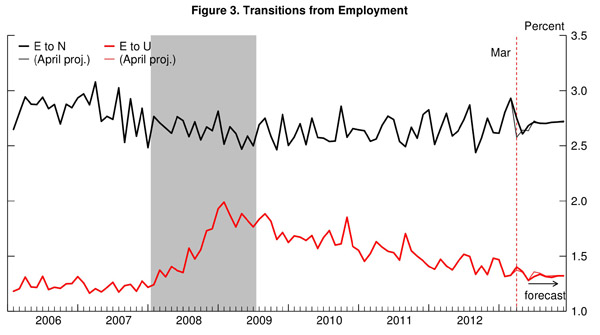 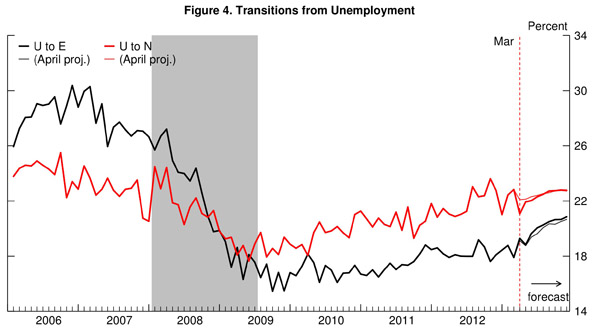