The use of deadly force by police on unarmed Black Americans has led to civil unrest and political pressure to enact comprehensive police reform. Given racial disparities, debates are also raging about the necessity and usage of school resource officers (SROs).

Data from the Civil Rights Data Collection show that Black students are disproportionately restrained, both mechanically (using devices or equipment) and physically, relative to their percentage of total enrollment. Accordingly, these disparities elevate SRO concerns, among other safety issues. 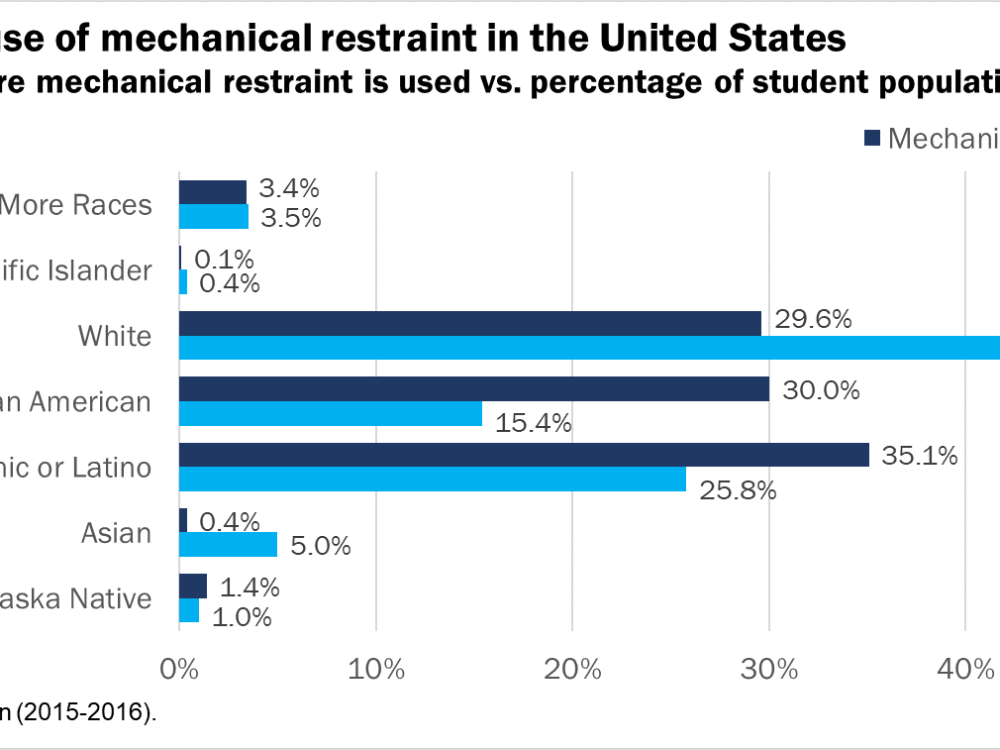 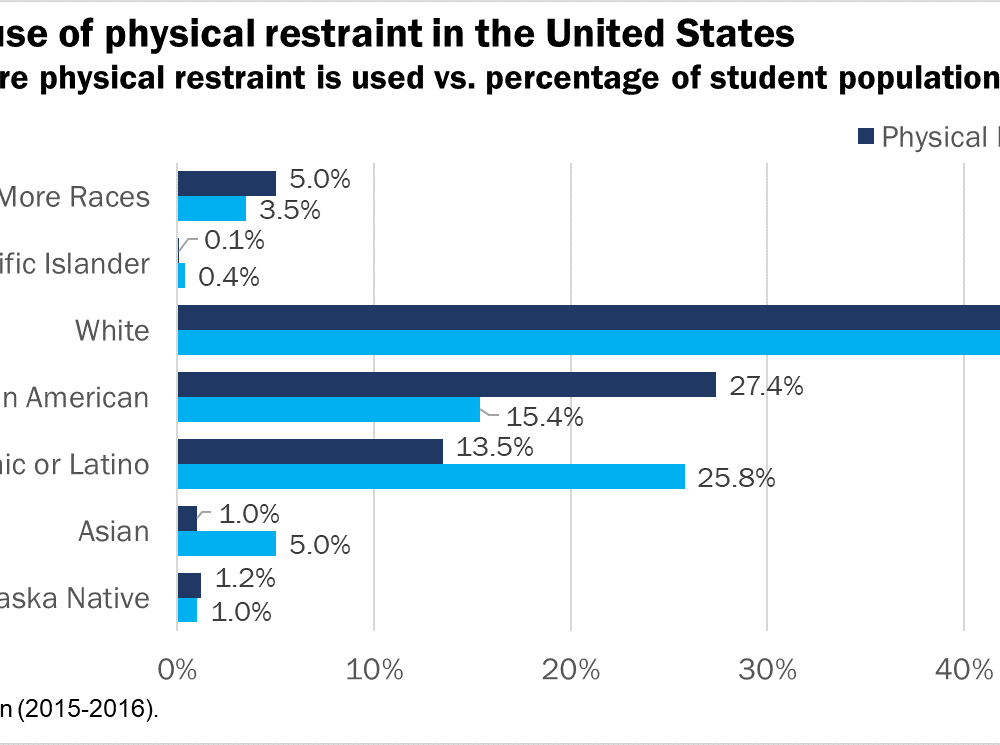 We recently released a policy brief that proposes tangible legislative actions that can occur at federal, state, and local levels. Given the complexity of school safety, we underscore the need for a legislative agenda, not a one-time “kitchen sink” bill to achieve meaningful reform. Below, we summarize our recommendations.

There are several policy loopholes that create serious school safety transparency gaps regarding data collection, information sharing, and reporting practices. The Civil Rights Data Collection has been inconsistently executed for approximately 20 years, the enforceable federal regulations of the Every Student Succeeds Act offer states little guidance for reporting discipline, and Congress is no longer required to receive discipline reports from the Office for Civil Rights. Thus, Congress could conceivably be unaware of key disciplinary disparities, such as disparities in restraint use, and thus not compelled to act. Closing transparency loopholes offer clear strategies for bipartisanship.

As shown by a press release in 2019, inappropriate use of restraint in schools has already been on the radar of the U.S. Department of Education.  The initiative announced in the press release was framed to address students with disabilities, but should be strengthened by including disparities by race.

The varying models of SRO programs are like the “Wild West,” making it hard to discern which programs have solid outcomes and which ones need drastic reform. There is no common database to track SROs, training varies, and programs range from part-time to entire police departments dedicated to schools. Accordingly, a national (or state) registry of SROs should be created to establish accountability and aid in preventing problematic officers from moving from school to school.

Policy solutions must be grounded in the lived experiences of the community. Research shows that Black parents often felt as if education reform was being done to them, not with them. Also, student voice is often devalued in critical policy decisions. We advocate for the use of discrepancy frameworks, or 360-degree tools that allow comparison of issues from multiple perspectives and multiple groups to create a holistic picture of school safety issues and challenges.

States should collect and report their own discipline and safety data on the state report cards, instead of using federally-generated data. The Civil Rights Data Collection should serve as a checks-and-balance function for school safety and should not supplant state efforts. Moreover, better data on the systems and structures that may lead to inequities should be included on state and local report cards. For example, estimates suggest that there are 1.7 million students in schools that have law enforcement officers but no counselors. Nationally, the student-to-psychologist ratio is a dismal 1,526-to-1. These data, including SRO-to-student ratios, should also be included on the state and local report card to help understand investments in support staff compared to policing.

Pattern or practice investigations, or investigations into misconduct or clusters of troubling trends, are generally associated with the U.S. Department of Justice. However, investigations of questionable practices can be applied locally. Standards should be in place to investigate clusters of arrests or excessive restraint before they escalate to the federal level.

It is also important to note that SROs do not always invite themselves to classrooms, they are often called, sometimes for ordinary disciplinary infractions. Districts, universities, and other training programs should train educators to understand their roles in law enforcement engagement.

SRO funds are generated from local, state, and federal sources and financial reporting is a major concern. Research has shown that adding additional SRO dollars does not necessarily improve disciplinary outcomes. Moreover, districts may spread SRO funds across multiple categories and group SRO funds into pooled categories like “at-risk student services”. Thus, districts should be required to clearly report, using separate funding codes, the sources and dollars used for SROs, on financial statements.

This post describes a legislative framework for improving school safety and the use of SROs. Although other issues also should be addressed, we believe this framework identifies clear pathways forward.