Greece is teetering on the edge of a financial crisis: Athens is quickly running out of cash, and the nation is nearing a deadline to reach an agreement with its eurozone creditors on a list of firm commitments to make it more economically competitive. So is Greece destined for a “Grexit”-induced depression, or will an EU agreement keep its economy afloat?  In the past week, Brookings hosted both the German and Greek finance ministers who shared updates from the front lines of the crisis, and several experts weighed in with different perspectives.

Greek Finance Minister Yanis Varoufakis:  Negotiations will have global consequences, and “Grexit” isn’t even on the table

During a Brookings event last week, Greek Finance Minister Yanis Varoufakis argued that beyond Greece’s own concerns, the negotiations will have “global significance.” As he put it, “the outcome of this negotiation will play a major role in determining whether Europe aides or impedes the rest of the world’s efforts, and the United States’ efforts, to put behind them the crash of 2008 and its stubborn repercussions.”

When it comes to reaching an agreement, Varoufaukis affirmed that “[the Greek] government is keener than anyone to bring these negotiations to a successful and quick conclusion”, and that the possibility of a “Grexit” isn’t even on the table: “We are refusing to discuss it because, as I’ve said before, even worrying about it is like worrying about being hit by a comet in a universe in which comets are attracted to you if you’re worried about them.” Watch Varoufakis’ full remarks here.

At a (separate) Brookings event the same day as Varoufakis’ visit, German Finance Minister Wolfgang Schäuble shared a notably different take on the future of Greece. According to Schäuble, who represents one of Greece’s EU creditors, it’s up to Athens to decide its own fate.

Shäuble said that if Greece wants to get its final loan of about $1.9 billion, it will have to “deliver what has been agreed,” adding that “if not, it’s fine. Then it’s up to Greece to decide what is going to happen.” When asked about a potential exit of Greece from the eurozone, Schäuble reiterated once again that “it’s only a decision of Greece.” Watch Schäuble’s full remarks here, and highlights from both finance ministers here.

Douglas Elliot: Greece’s economy will get worse before it gets better

According to Brookings Economic Studies Senior Fellow Douglas Elliot, things aren’t looking good for Greece. He points out that despite the cash-strapped nation’s agreement to share a plan of action with its EU lenders today, it’s unlikely that the package will even be agreed upon by the end of the month.

So where does that leave Greece and the EU? Elliot says “[His] fear, and best guess, is that negotiations will have to break down and trigger damaging economic consequences in Greece and the rest of Europe before the two sides have the incentives and political rationale to agree to what should already have been agreed.” 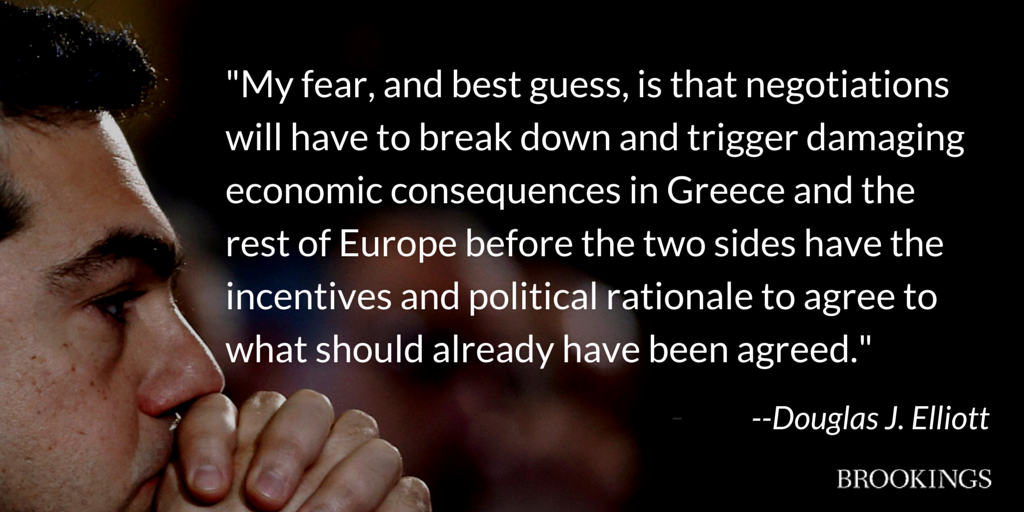 Theodore Pelagidis: There are two scenarios for Greece, and both could be “worse than a nightmare”

In his earlier work, Brookings Global Economy and Development Senior Fellow Pelagadis stated that “Syriza’s behavior is unpredictable” and that “what comes next might be something far worse than a nightmare.”

Unfortunately for Greece, Pelagidis says that that “nightmare is here,” and that there are really only two possible scenarios for how things could play out: “The deep dark before the dawn” scenario,” in which he predicts that a dangerously cash-strapped Greek government will  “urgently make a final decision…in which reforms will be fully implemented and a bill has to be passed by the parliament, or creditors will not pour the necessary money into the suffering economy, because the government’s erratic behavior has destroyed its credibility with the creditors.” Pelagidis gives this particular scenario a 75 percent change of occurring.

In his second scenario, which he calls “the domestic implosion scenario,” Pelagidis predicts that government could “in the end…[take] no money from the creditors and at the same time, [take] the huge domestic political cost from the collapse of the economy.” Though the less likely outcome in his opinion, Pelagidis warns that in this scenario the government could find itself in a “desperate situation” and “either surrenders to the creditors or calls for elections in an environment of panic and capital controls.” Read more about Pelagidis’ predictions here. 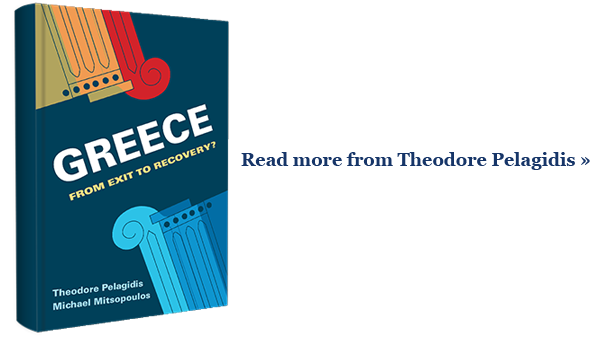 Norman Eisen: Greece should avoid excessive austerity, and Germany can do more to help

While attending a recent dinner with the Greek Foreign Minister Nikos Kotzias in Washington, D.C., Brookings Governance Studies Visiting Fellow Norman Eisen had the opportunity to speak with him about the challenges facing Greece.

During the event, Eisen passed along a piece of advice he shared with Europeans while serving as U.S. Ambassador to the Czech Republic, urging Kotvias to “take a page from our U.S. approach in 2009-10 and avoid excessive austerity.” Eisen also pointed out that he believes that surplus-flush Germany can also do more to help. 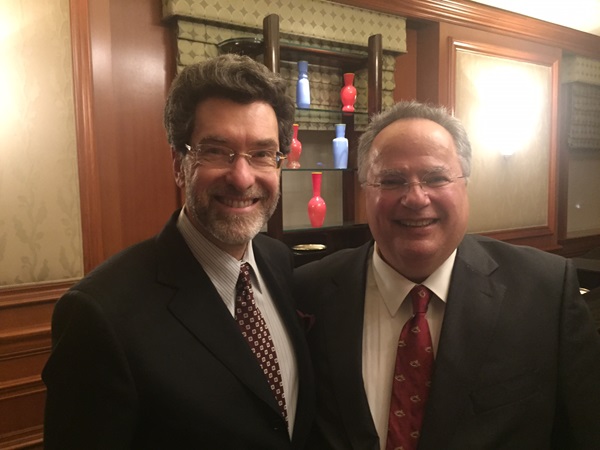 The Hill
Sunday, June 14, 2020
Get daily updates from Brookings