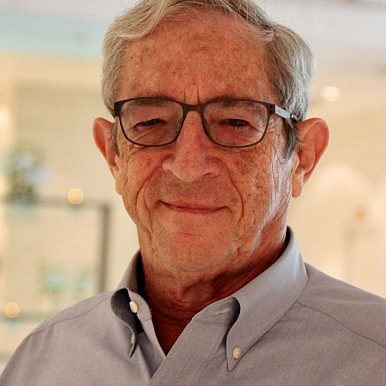 @AbuCohen) is an expert on security and nuclear non-proliferation issues, particularly in South Asia. He is often confused with Columbia University’s Stephen F. Cohen, a scholar of Russian studies who has recently come under some criticism for his seemingly pro-Putin and pro-Russia views in the Ukraine/Crimea crisis. Stephen P. Cohen of Brookings, whose views are, as he puts it, “opposite” those of the other, was recently asked by Pravda.ru to answer some questions about the situation in Ukraine. Here is that interview reprinted from the original email:

I’m writing from the Russian online newspaper Pravda.Ru. Professor Robert Bruce Ware recommended me to write you. We would be pleased to get your comment about the situation in and around the Ukraine. It would be great if you would answer our questions in writing or via Skype.

1) Recently the nuclear safety summit in Hague was held.  There are the nuclear stations in Ukraine that work on the fuel transported from Russia, and some experts worry that some of the Right sector party radicals would try to attack some of the strategic objects. The results could be rather catastrophic, if such militants would take control of it.  Why, from your point of view, the West doesn’t take this issue into account and doesn’t speak about it?

SPC:  I’m not sure who these “experts” are, but I do know that both the U.S. and Russia have had problems with safety and security of nuclear materials in the past. The solution is to help the Ukraine with its own fuel management, improving their internal security system, etc. As for why the West does not speak about this I do not know, but there are government-to-government discussions going on now and this particular issue is overshadowed by the greater destabilization of the region that has occurred. The strategy for the U.S. should not be to develop strategies to punish Russia but to help liberal and democratic groups in Ukraine.

2) Ukraine proclaimed that it intends to withdraw the Non-Proliferation Treaty. The corresponding bill was introduced in Verkhovna Rada of Ukraine. Is there a danger that Ukraine will turn into the nuclear power? Will there be any consequences if so?

SPC: This would be both unwise and improbable. To prevent it, Ukraine’s borders should be regarded as inviolable so that it has no need to rebuild its nukes (which would be technically difficult in any case), and its conventional forces should be strong enough to deter any neighbor from meddling.

3) As we know, General Assembly of UN approved the resolution according to which the referendum on Crimea was illegal. Does that mean that these 100 countries that voted for it don’t consider the opinion of people in Crimea as something important? Don’t people who are against the authorities they didn’t choose have a right to make such a decision?

SPC: The question is the rights of minorities, both in Ukraine and Crimea; if (as in the case of Pakistan) a power regards itself as a protector of a minority group in another country then the world will become very unsafe. Minorities, whether Russians or non-Russian Ukrainians, should be protected so that this meddling does not happen. Hitler moved into Austria for the same reason. It’s a bad principle. Ask the Indians.

SPC: Some of these “aggressions” were misguided. For example, we should not have gone into Iraq before ensuring that Afghanistan was going to be settled and stable.We may wind up with a limited defeat in both countries. The major difference is that the U.S. pulled out of those countries and never thought of incorporating them into the Union.

Get recent research and commentary on Ukraine and also nuclear nonproliferation.

A Victory Day update on the Russia-Ukraine war