In the midst of a government shutdown, House Democrats introduced their comprehensive immigration reform package on Wednesday. How has the size and share of the immigrant population waxed and waned over the last 150 years?

In 2013, over 40 million foreign-born representing 13% of the population resided in the United States. The chart below shows the trends by decade, 1860-2010. It is adapted from the more detailed table that follows, which appears in Audrey Singer’s article, “Contemporary Immigrant Gateways in Historical Perspective.” 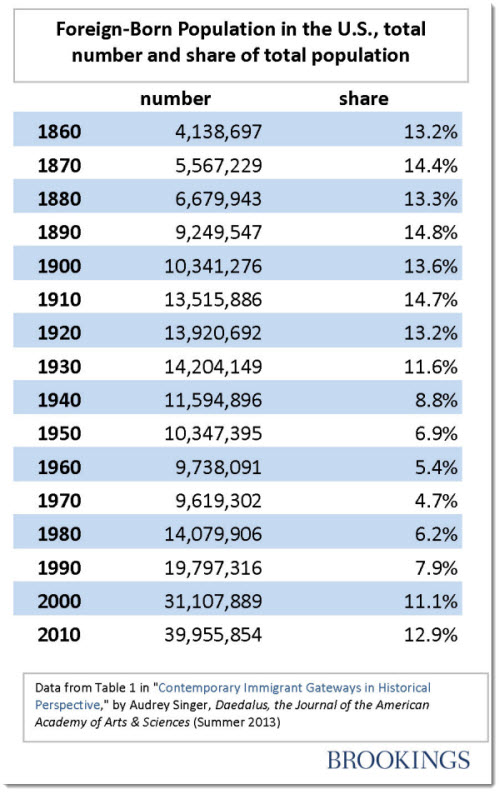 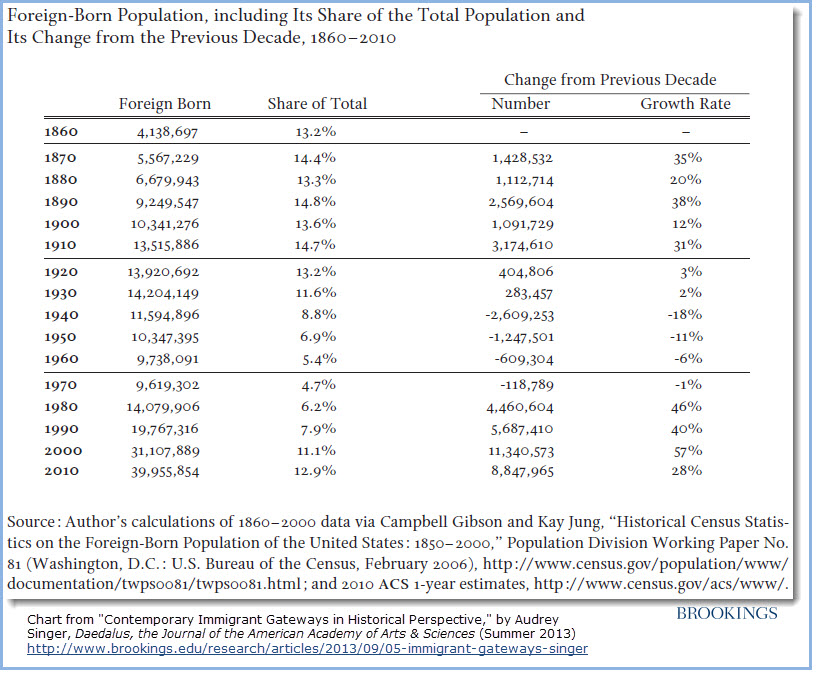 For additional information about immigrants and immigration reform, see:

Podcast: Our nation of immigrants