Rebel forces in the Democratic Republic of the Congo have executed and raped scores of women and children in the last few months. In Syria, as a result of the civil war, the UN says an average of 6,000 people per day are fleeing their homes, the worst refugee crisis in 20 years. South Sudan’s army has been accused of human rights violations as it wages a counter-insurgency campaign.

What responsibility do countries have to protect civilians from such human rights violations, and, indeed, what right does any country (or countries) have to intervene across another’s borders to protect rights? In 2005, world leaders unanimously affirmed the “Responsibility to Protect” (R2P), a set of principles designed to protect civilians from genocide, war crimes, ethnic cleansing and crimes against humanity and to provide norms to guide answers to these questions. 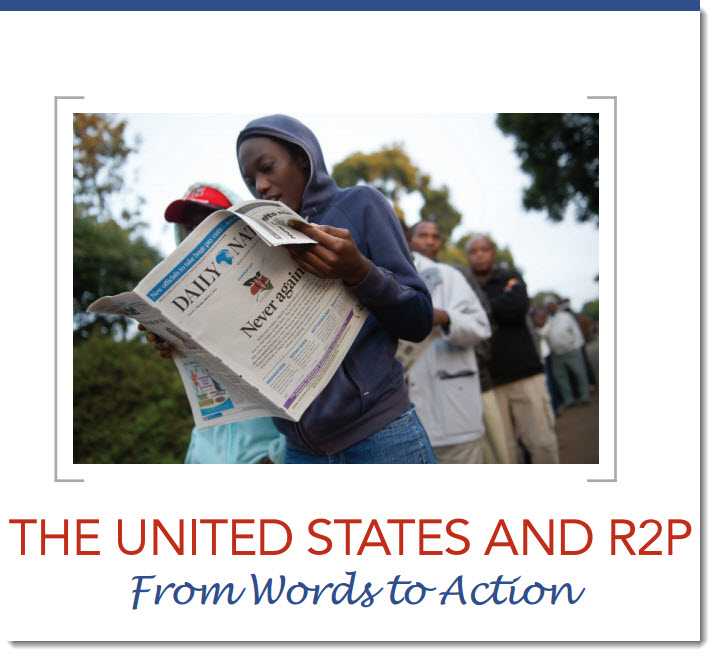 In a new report, “The United States and R2P: From Words to Action,” co-authors Madeleine Albright, former U.S. secretary of state, and Richard Williamson, a Brookings nonresident scholar and former special envoy to Sudan, review implementation of the R2P norms and recommend a number of steps to strengthen them, including specific steps the U.S. government should take to provide global leadership. Despite universal agreement on the principles, they find significant problems in their realization:

But all too often, the promise of R2P has been more noteworthy in its breach than in the honoring of our commitments. Despite the lofty ambitions of its framers, the crimes R2P was intended to prevent have continued at a shocking pace in the last few years, not only in Syria but also in such diverse places as Sri Lanka, Kyrgyzstan, the DRC, and Sudan.

The report represents the larger efforts of a working group jointly convened by Brookings, The United States Holocaust Memorial Museum, and the U.S. Institute of Peace. The leaders of these three organizations explain that the continuing threat of genocide and other forms of mass atrocity make this an appropriate time to revisit R2P. “Over the past eight years,” they write:

… R2P has become part of the international vocabulary in discussing genocide, war crimes, ethnic cleansing, and crimes against humanity. But in the United States, the concept is little known and frequently misunderstood. Therefore, we thought it useful to ask the working group to help to explain this concept to the American public, assess its application in specific cases, acknowledge obstacles and limitations to its implementation, and suggest how the United States might play a constructive—indeed, leadership—role in advancing the goals of R2P.

The report’s summary recommendations are:

China’s and India’s realpolitik relations with the Taliban regime

Money can be the milk of Taliban moderation