Editor’s Note: This excerpt by Steven Pifer originally appeared as part of “Beyond Treaties: Immediate Steps to Reduce Nuclear Dangers,” a Policy Outlook article edited by James Acton, senior associate in the Nuclear Policy Program at the Carnegie Endowment for International Peace.

Moscow’s principal concern about U.S. missile defenses should be their impact on the offense-defense relationship, that is, whether they could, in the future, pose a genuine threat to Russian strategic ballistic missiles and the strategic balance. In order to help Moscow make this assessment, the United States could offer to provide Russia an annual declaration of its missile defense plans.

The annual declaration would indicate the present number of each key element of U.S. missile defenses and the maximum number projected for each year over the next ten years. Elements covered by the declarations would include ground-based interceptors and their launch silos, Standard Missile 3 (SM-3) interceptors (broken down into Blocks IA, IB, IIA, and IIB), SM-3 land launchers, SPY-1 radars (ashore), AN/ TPY-2 radars (ashore), and Aegis warships capable of carrying SM-3 interceptors.

For example, based on information provided by the Congressional Research Service in December 2011, the entry covering the SM-3 Block IB interceptor, indicating the maximum total number of such interceptors deployed in each year, would read as follows: 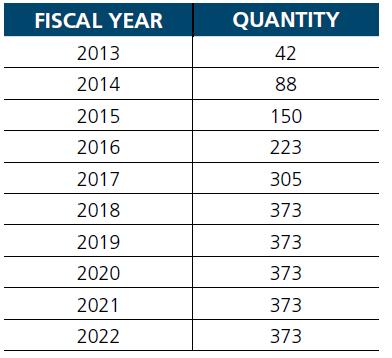 The data provided would represent the maximum number for each year. Actual numbers could be lower because of the drawdown of missiles due to planned tests or use in a conflict.

As part of this exchange, the United States could commit to provide advance notification of any upward changes in planned numbers. It appears to take two years from a decision to procure an SM-3 interceptor to its arrival in the inventory. Washington could thus inform Moscow that it would have two years’ notice of an increase in the planned maximum numbers of SM-3 interceptors (the advance notification period might be different for other missile defense elements).

Russia, Ukraine, and the decision to negotiate