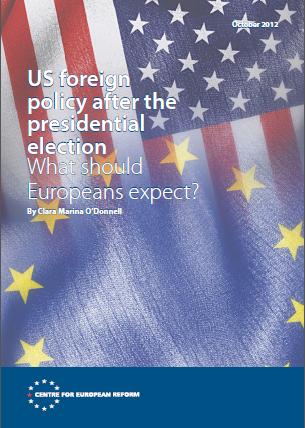 Because of America’s financial woes, most of the political debates leading up to the U.S. presidential and Congressional elections this November have focused on the American economy. Democrats and Republicans vying for office have been acrimoniously disputing how to bring the U.S. back from the brink of its fiscal cliff. But the two contenders for the White House, the incumbent president, Barack Obama, and the Republican candidate, Mitt Romney, have also been sparring about U.S. foreign policy.

Romney, the former governor of Massachusetts, has accused President Obama of being the most feckless American president since Jimmy Carter, conceding to America’s enemies while throwing its allies “under the bus”. The Republican candidate is promising to restore US global leadership by rebuilding its military might and defending its values.

President Obama, by contrast, has accused Romney of being “stuck in a Cold War time warp” and “reckless” with national security. His campaign has warned that the former governor wants to take the U.S. back to the bellicose “with us or-against-us approach” of the Bush years. But for all the heavy criticisms exchanged between both presidential candidates on matters of national security, U.S. foreign policy under a second Obama term or a Romney administration would have a lot in common. This paper discusses the reasons why. It also highlights the few areas where a second Obama term and a Romney administration would differ, and reflects on the implications for Europeans.