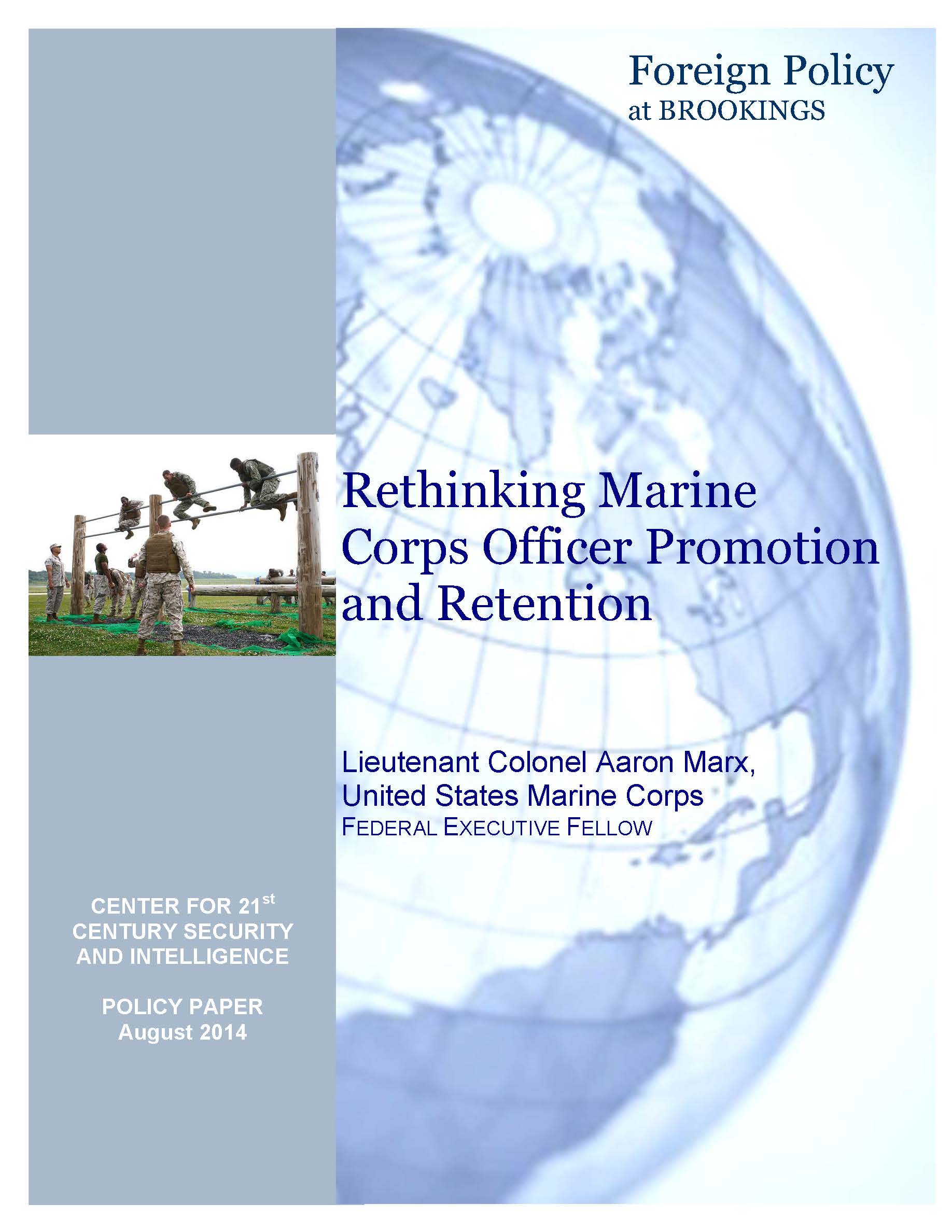 The United States Marine Corps is the vanguard for many forward-thinking policies, but it has not demonstrated progressive thinking on officer promotions. Despite working under the same authorization and rules, there are vast differences between United States military services on their policies to promote their most competitive officers. Within the Marine Corps, current practice allows lieutenant colonels and colonels to stay longer than they are needed, which hinders promotion opportunities for junior officers. Due to the Marine Corps’ handling of manpower selection and promotion, officers are leaving the service prematurely.

This paper argues that the Marine Corps should adopt a merit-based promotion system instead of using the current seniority-based method. Specifically, two changes should be made to ensure more effective promotion policies: