Visiting Scholar - Institute on the Environment, University of Minnesota

We assess how rising concerns about climate change affect disclosures to financial markets.

For equities, we look systematically at 10-K filings from the 3,000 largest U.S. publicly traded firms over the last 12 years and samplings of Official Statements from U.S. municipal bonds.  Disclosure has risen sharply. Today, 60 percent of publicly traded firms reveal at least something about climate change. The largest volumes of information concern risks due to possible transition away from fossil fuels. By contrast, there is much less disclosure around the physical risks of climate change, such as sea-level rise (see chart).

In municipal finance, disclosure of physical risks is even weaker, although many municipalities are exposed to flood, fire, heat stress, and other perils that could destroy infrastructure and undermine the tax and income bases essential to repayment of long duration bonds. Looking at large samples of the Official Statements released with new municipal debt issuances, we find no relationship between objective measures of which municipalities are most exposed to climate impacts and what they disclose to the markets.

Although policy makers and investor ESG frameworks have focused klieg lights on the financial risks that might accompany policy-driven transitions away from fossil fuels, the real mispriced risks lie with the raw physical risks of a changing climate. Details are presented in the Supplemental Information appendix. 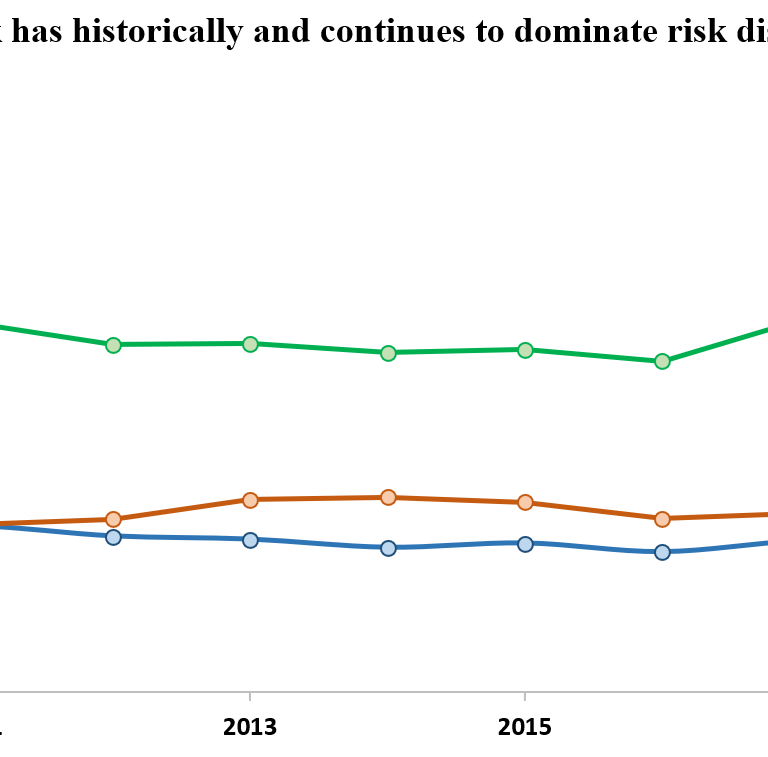 Note: The methodology for gathering this data is explained in Figure 1 and Figure 3 of the working paper. The figure above looks at the average number of risk mentions by category in one 10-K per company by year. It is clear from the chart above that transition risk has historically and continues to dominate climate risk discussion. There is an open question about why the amount of disclosure spiked between 2009 and 2010. It is possible that the 2008 New York AG lawsuits against Xcel and AES played a role. It seems probable that the TCFD report in 2017 spurred the inflection seen in the graph for the years 2017-2020.

Among our specific findings:

How did post-2008 reforms affect the muni bond market?

Do costs outweigh benefits of subsidizing firms to move to a county?