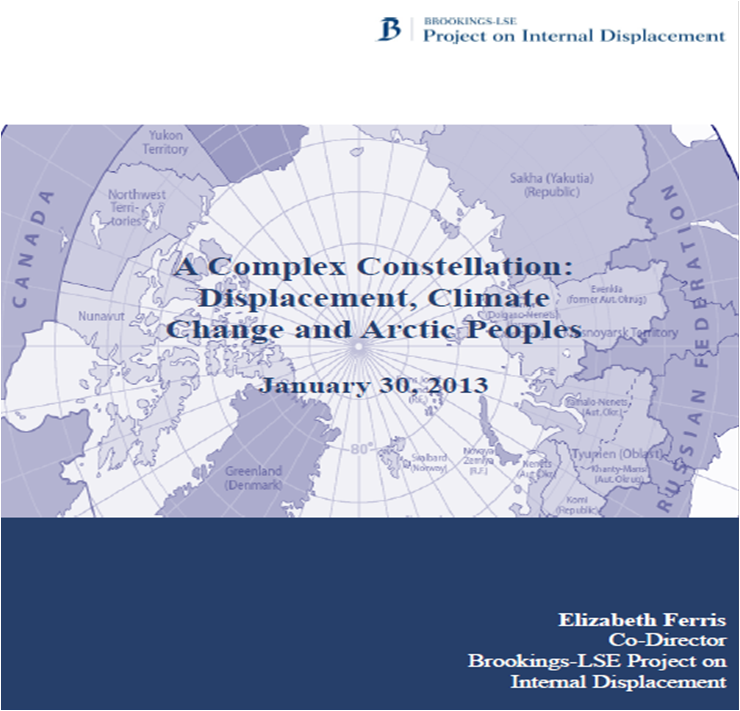 The Arctic is home to unique human communities whose livelihoods and communities are increasingly challenged by the effects of climate change. Melting ice, stronger storms, growing erosion, thawing permafrost, more unpredictable weather and other direct effects of climate change are already impacting indigenous communities. But warming temperatures and melting ice are also making possible more commercial, transport and military initiatives in the region. New sea routes are being opened, new enterprises are being planned, new drilling and mining licenses are being issued and new tourist destinations are opening up. The movement of more people to the Arctic region will have significant effects on indigenous populations, cultures and livelihoods.

What will be the impact and potential impact of climate change on the mobility of indigenous communities in the Arctic region. Will indigenous populations be forced to move elsewhere because of the effects of climate change? Will they be relocated by governments to protect them from an increasingly unstable environment – or perhaps for other less altruistic reasons?

This paper is part of a collaborative research project within the Foreign Policy program of the Brookings Institution which is examining issues and trends related to the Arctic including energy exploration, maritime security and governance. This study seeks to complement those efforts by focusing specifically on indigenous communities – the people who inhabit (albeit sparsely) the northernmost reaches of planet earth. It draws on three research papers commissioned for this project which examine the effects of climate change on human mobility in three Arctic countries: Alaska Native communities, the Russian North and the Scandinavian Arctic.

The Arctic is inhabited by approximately 4 million people[1] of whom 400,000 are considered indigenous. Approximately two-thirds of the total population in the Arctic lives in relatively large settlements, although indigenous peoples living in circumpolar countries is characterized by small, widely separated communities.

Based on study of the relationship between the Arctic’s indigenous communities, climate change, and different forms of mobility, a few general observations can be drawn: