Lord Nicholas Stern, of the London School of Economics, gave a talk entitled “Why Are We Waiting” on March 17 at Tsinghua University. His talk was occasioned by the release of the Chinese translation of his most recent book, of the same title, and the 2015/2016 edition of “Annual Review of Low-Carbon Development in China,” edited by Qi Ye and Zhang Xiliang. In his talk, Lord Stern discussed the logic, urgency, and opportunities of a transition to a low-carbon economy. This important transition, he argued, is an important economic growth story: in the short run, because it can lead the way out of the current economic malaise; in the medium run, because it offers the potential for technological innovations in energy; and in the long run, because, in the future, high-carbon economic growth is incompatible with social wellbeing.

Lord Stern also discussed why overcoming climate change and overcoming poverty, the two great challenges of this century, are inextricably linked. “If we fail in one,” he said, “we will fail in the other.” If the world does not urgently address climate change, we will create adverse environmental conditions, as problems such as rising sea levels and desertification inhibit economic development. At the same time, if we manage climate change in a way that obstructs poverty reduction, we will not have the cohesion and collaboration needed for an inclusive global solution.

A three-, four-, or even five-degree centigrade increase in average global temperatures would be a historically unprecedented change, creating biophysical conditions that the Earth has not witnessed in hundreds of thousands, potentially millions, of years. Such conditions could lead to immense humanitarian problems such as the forced migration of millions of people. In the face of such distempers, delaying action would be a serious mistake. The greater the delay, Lord Stern warned, the less likely it is that we will be able to maintain a 2-degree ceiling in global temperature rise.

But the story of climate change, and the prospects before us, need to be bleak. Change can be destructive, but it can also create opportunities for innovation and positive social transformation. In a benign, Schumpeterian sense of development, the story of economic change could also be a tale of technological discovery. The transition to a low-carbon economy could create new horizons of creative growth, of commercial activity, of the next industrial revolution.

To achieve low-carbon growth we need a structural transformation of the global economy. This transformation will, in large part, be led by the developing world, as the majority of the world’s people move into cities. To effect sustainable development, we need greater investments and support for innovation. But, as Lord Stern emphasized, people make investments in response to policies. Structural change cannot occur without strong, enabling policies such as carbon and pollution taxes and the abolition of fossil-fuel subsidies. Policies should also be credible, clear, and predictable, as uncertainty deters investment.

The coming two decades will be a crucial period for achieving these important changes—a climacteric for climate change. Moving beyond technical challenges and policy requirements, Lord Stern also showed that the ethical case for addressing climate change is unanswerable. Securing a safe, vibrant, and accommodating planet is a moral obligation. We should not discriminate against people based on their time of birth. In other words, there should be intergenerational equity, as younger generations should not be forced to live on a less hospitable Earth than the current generation.

Concluding his talk, Lord Stern reflected on the recent Paris Agreement, which he said set a strong climate change mitigation target, moving from a 2-degrees centigrade ceiling to the more ambitious goal of keeping warming “well below 2-degrees.” The Paris Agreement was collaborative by historical standards: In total, 195 countries signed on. By comparison, the Bretton Woods Agreement, which determined the post-war international economic order for several generations, boosted only 44 signatories. The Paris Agreement, Lord Stern said, was not only ambitious but also honest: it recognized the gap between existing policy efforts and desired outcome, and affirmed the need to close that gap.

Addressing a rapt audience in the capacious auditorium of Tsinghua University’s Main Building, Lord Stern gave a talk that was as informative as it was compelling. Qi Ye and renowned scholar He Jiankun echoed his message. The event also featured remarks from Du Xiangwan, academician and vice director of the Chinese Academy of Engineering; Zhou Dadi, a leading authority on China’s energy policy and former director of the NDRC’s Energy Research Institute; and Zhang Xiliang, professor at Tsinghua University. The distinguished panel was united on the importance of addressing climate change as not only a pressing challenge for China but also for the entire world, and not only for the present generation but for subsequent generations as well. “If we act urgently with the right policies and at the right scale,” Lord Stern urged, “we can achieve equitable access to sustainable development.” 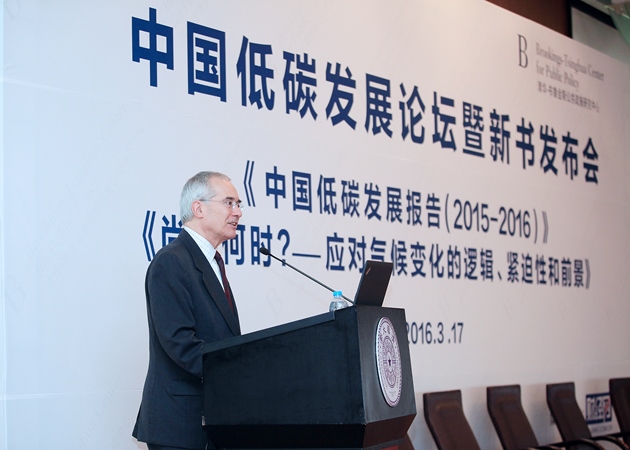 Lord Stern speaks at the event. Photo by Hou Xiaojun 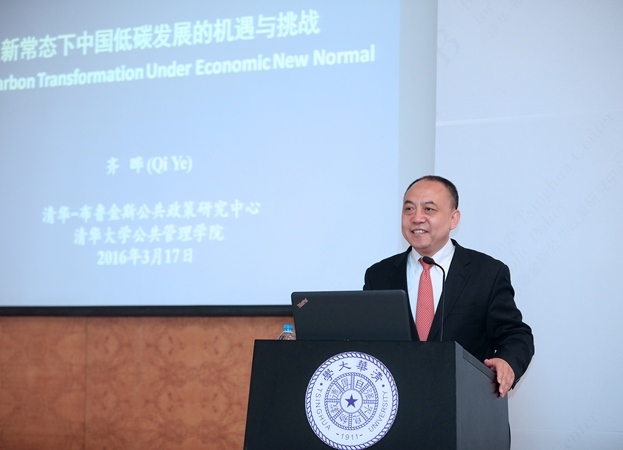 Qi Ye speaks at the event. Photo by Hou Xiaojun 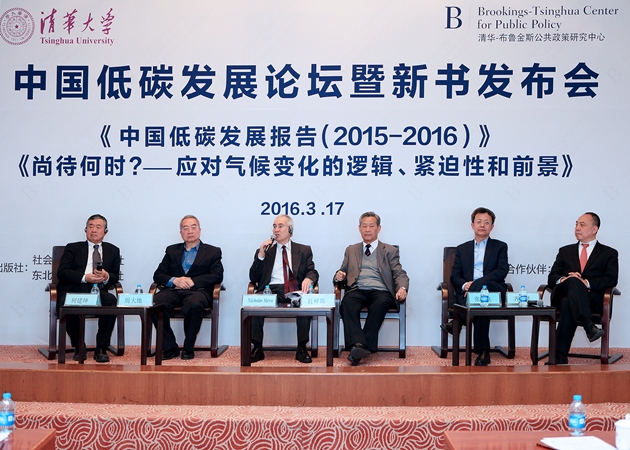 President of the British Academy

Chair of the Grantham Research Institute on Climate Change

Professor and Director - Institute of Energy, Environment and Economy

Taiwan’s democracy and the China challenge

With the downward trajectory in [U.S.-China] relations, the incoming ambassador ideally will need to have a visible connection to the president and his senior advisers, familiarity with the range of issues that comprise the relationship, and a future in American politics. The more the ambassador is seen as likely to wield influence in the future on issues affecting China, the higher the cost and risk for Beijing to mistreat him/her.

One lesson the U.S. can learn from China to improve its competitiveness in technology development