As China presides over the G-20 for the first time, the country has the significant opportunity to impact a system of global governance under increasing stress. At the same time, while enduring the costs and realizing the benefits of its leadership role, China can address critical issues including innovation, global security, infrastructure development, and climate change. Even as China recently has made its own forays into regional institution-building with the launch of the Asia Infrastructure Investment Bank and the “One Belt, One Road” initiative, its G-20 presidency presents a new platform from which the country can advance its own agenda as part of a broader global agenda. As the first and second largest economies in the world, the United States and China can benefit enormously by understanding each other’s perspective.

Think tanks like the Brookings-Tsinghua Center have been playing an important role in this bilateral and multilateral exchange of views. On March 22, in celebration of the 10th anniversaries of the Brookings-Tsinghua Center and the John L. Thornton China Center at Brookings, Tsinghua University hosted a conference to examine how China can realize the 2016 G-20 theme of “an innovative, invigorated, interconnected, and inclusive world economy.” The event began with introductory keynote remarks on the substantive advancements China and the United States have made in think tank development and people-to-people diplomacy, followed by an additional set of keynote remarks and panel discussions presenting Chinese and American perspectives on the G-20 agenda and the state of global governance. 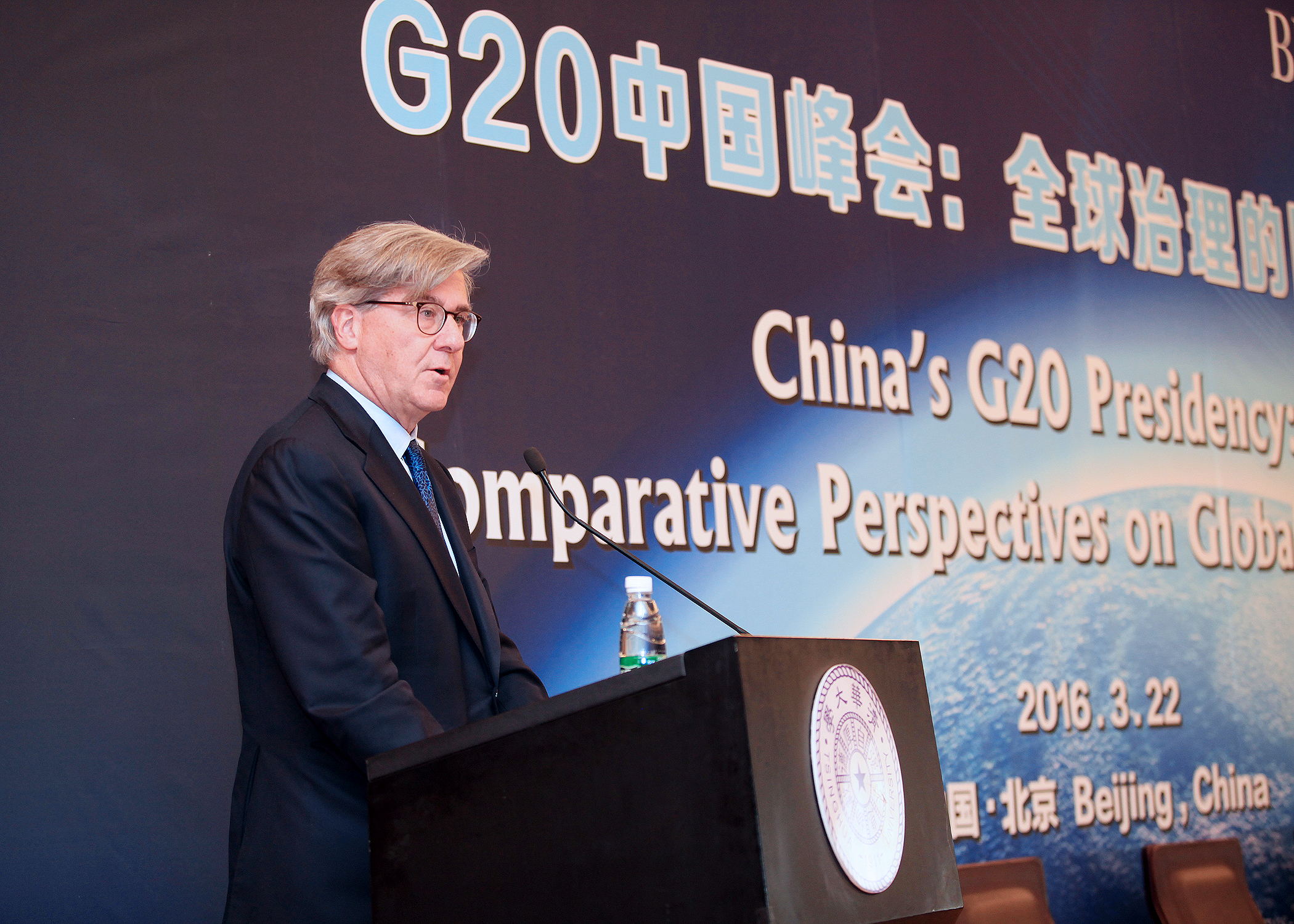 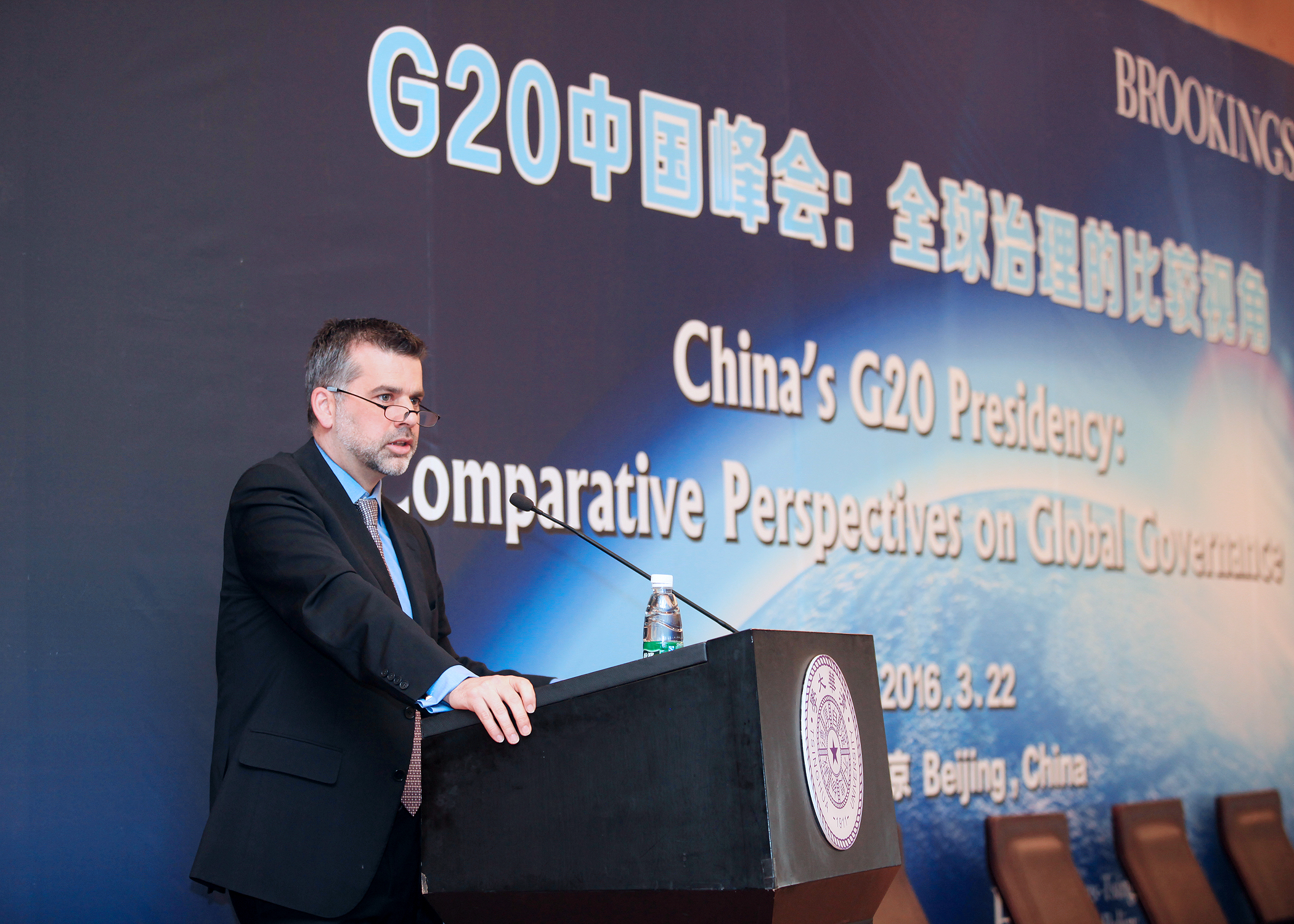 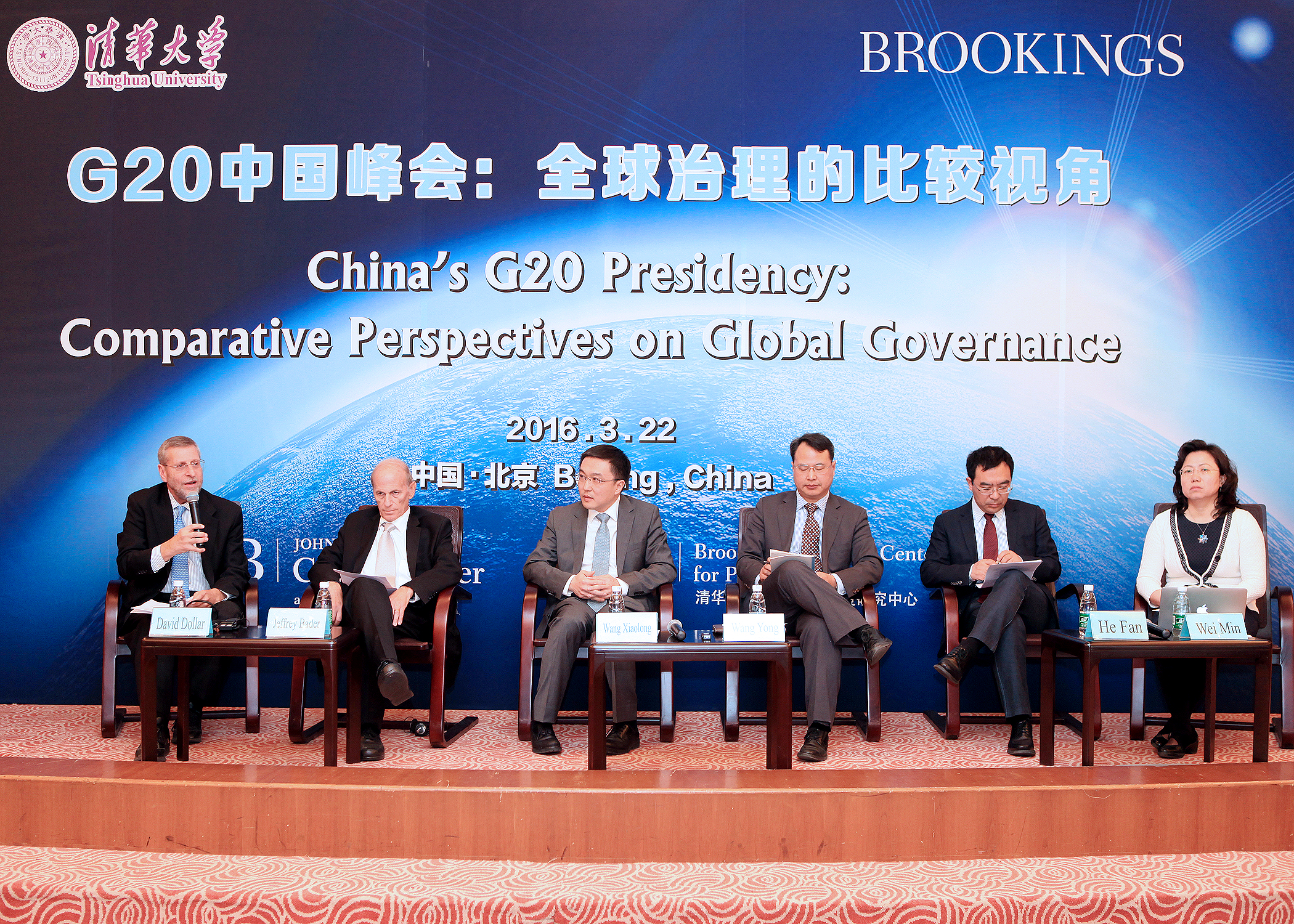 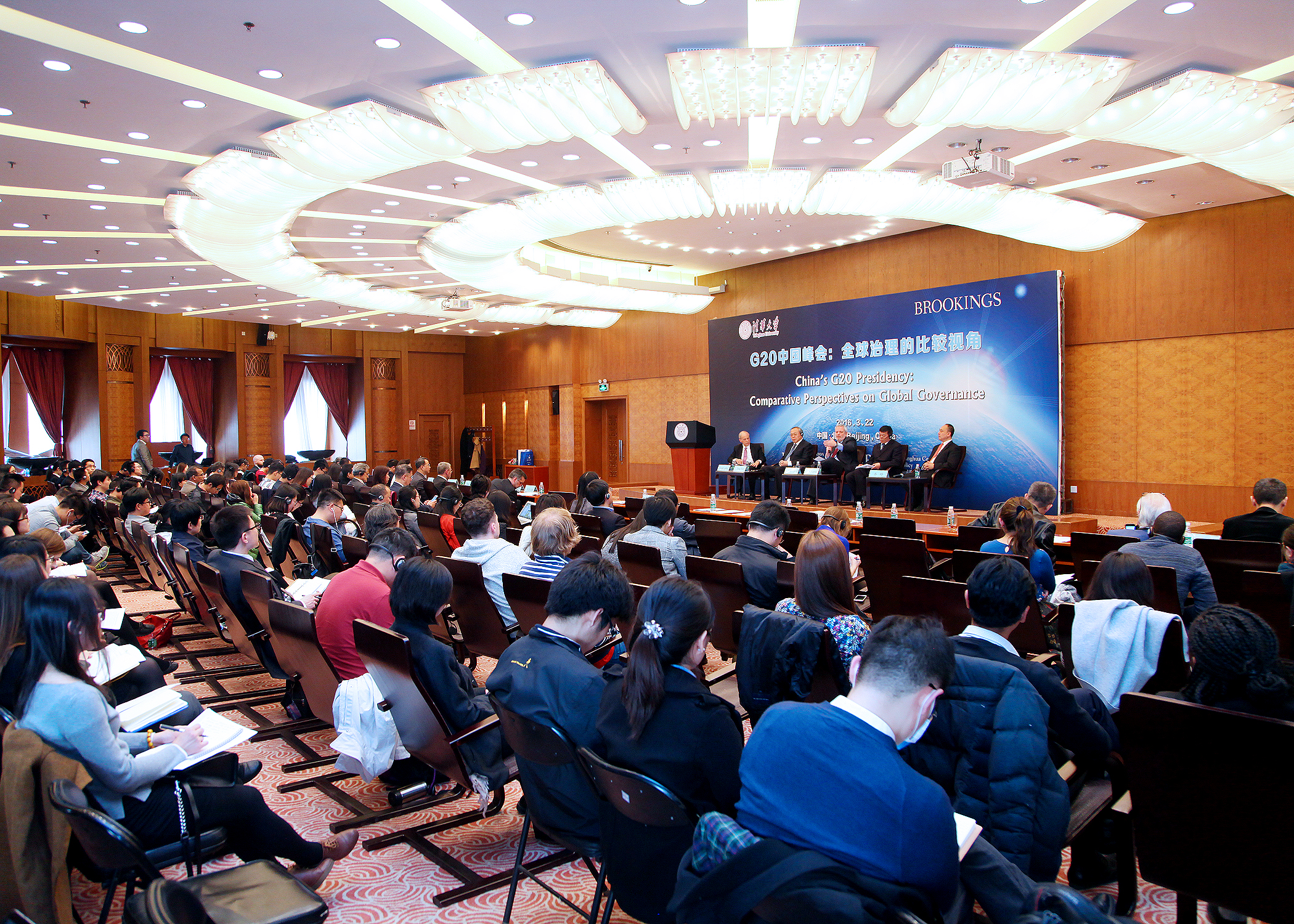 Professor, School of Public Policy and Management and Director, Center for China Studies