The US economy has full employment and little inflation, but there are clear signs that growth is slowing.  There were two strong quarters of economic growth in 2018 which pushed the annual rate close to 3 percent, the fastest since 2015.  But the boost to demand from the tax cut is starting to fade.  The growth rate tapered to 2.2 percent in the fourth quarter of the year and is forecast to be around 2 percent for the next couple years, before dropping even further to around 1.7 percent by 2021.

One reason for slow growth is slow labor force growth with the aging of the population, the slowing of immigration and the flattening of female labor force participation.  The other reason is slow productivity growth, the topic of this presentation made April 12, 2019 to a conference sponsored by the Japan Productivity Center and held at the Conference Board in New York.

With the exception of a decade starting in the mid-1990s, US productivity growth has been slow since the early 1970s.  The mature economies of Europe and Japan are all also experiencing slow growth.  And slow growth is widespread across industries.  This is an entrenched problem.  Surprisingly, the emerging market economies, such as China, have experienced slower productivity growth even though they have a long way to go to catch up to the productivity levels of the mature economies (India is an exception with accelerated growth). 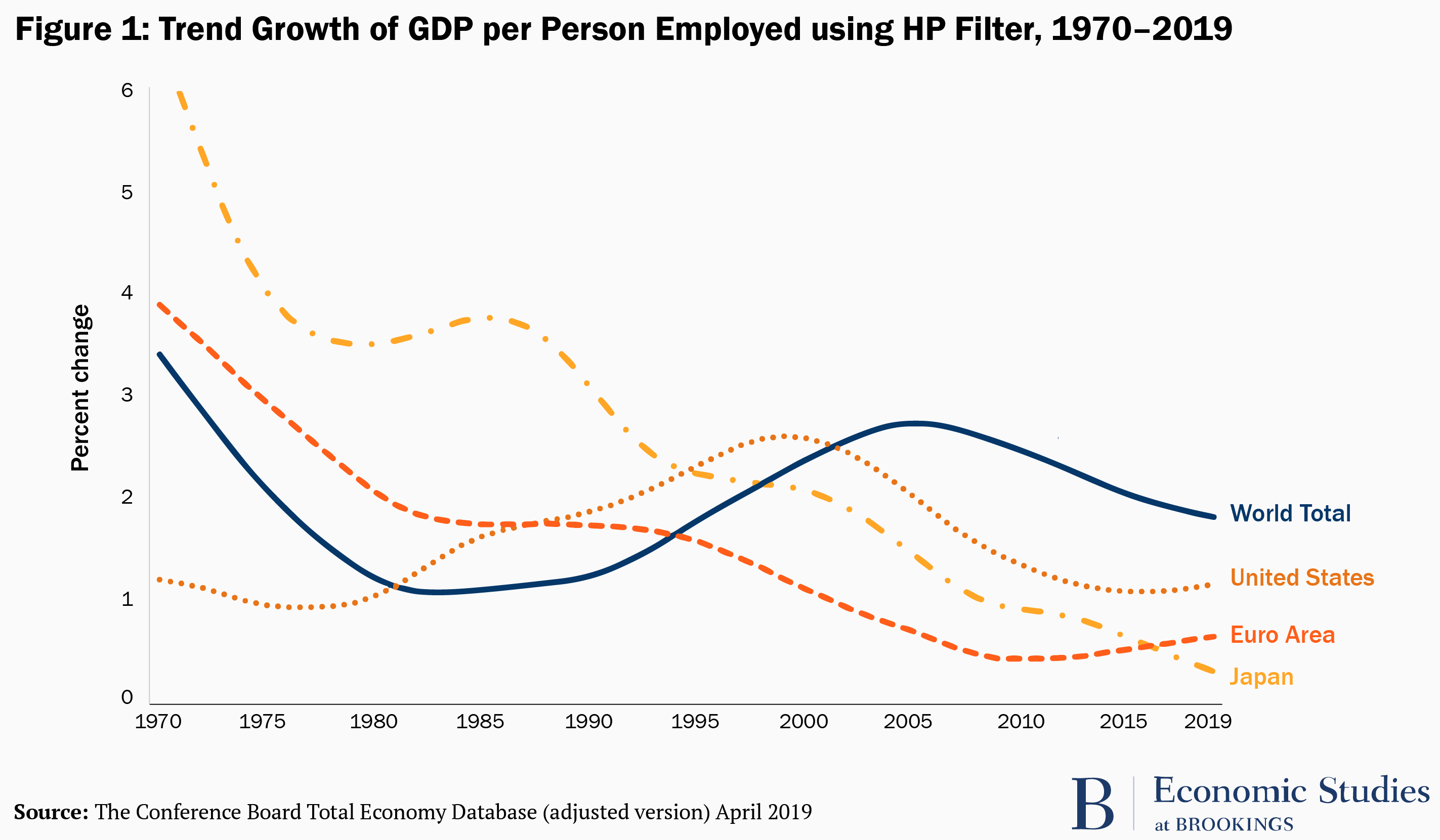 Slow productivity growth is hugely consequential.  It is the biggest reason for the slow growth of real wages and average living standards and it will adversely impact the future path of the budget deficit.

The Hutchins Center at Brookings held a conference on slow productivity growth in 2016 but, given the new Administration and its claims to have bolstered long run growth prospects, it is worth taking another look at the data and at the possible reasons for slow growth.  This is a time of paradox.  Exciting new technologies are raising fears of widespread job losses even though investment has been weak and productivity slow.  Perhaps there will be a surge of productivity in years to come, we can hope so, but no one should build this into their plans and forecasts until there is clear evidence it is happening.  Changes of a few basis points in the Federal Funds Rate are not going to make much difference to the trend of US GDP growth.

Charts of the Week: Productivity

The measurement of output, prices, and productivity