With the share of world population age 65 and older expected to rise from 12 to 38 percent by 2100, a team of International Monetary Fund economists warn that, in the absence of major reforms, spending on pensions and health will rise to 25 percent of GDP in advanced economies by the end of the century. The authors suggest a multi-pronged approach to combat the effects of aging populations, including gradually phased-in entitlement reform, policies to increase labor force participation for women and the elderly, and more efficient tax systems and public expenditures.

Analyzing the 1997 Medicare reforms, Neeraj Sood of the University of Southern California and coauthors find that reductions in reimbursements to home health providers produced the largest cost savings in areas with lots of competition among providers, which also had high costs pre-reform. These cost savings were driven in large part by high-cost providers in these areas exiting the market, suggesting that payment reform can improve efficiency and affect geographic variation in costs.

Patrick Kline and Christopher Walters of the University of California at Berkeley find that, when accounting for cost-saving substitution effects—roughly one-third of Head Start enrollees are drawn from other publicly subsidized pre-K programs—Head Start is significantly more cost effective than recent studies have suggested, with benefits nearly twice as high as costs. The authors add that the program has the greatest impact on enrollees who would have otherwise been cared for at home, suggesting that a program expansion could further increase effectiveness. 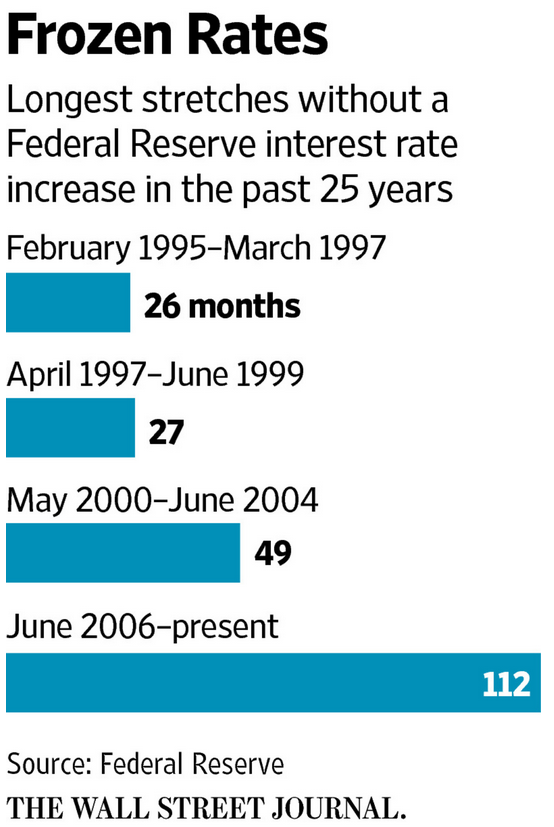 Quotes of the week: Fed normalization will help adjust imbalances, but won’t necessarily be painless for global markets

We welcome the normalization of monetary policy in the US. A timely and orderly exit from zero interest rate policy by the Fed should facilitate adjustments of macroeconomic imbalances and help deflate asset bubbles in the EMEs which have been fueled by excessive global liquidity since 2008. As the Fed’s balance sheet is expected to stay elevated for some time while the ECB and the BoJ carry on with QE, global liquidity should remain abundant in the near term, which should help cushion the impact of a Fed rate hike to some extent.

That said, no one should safely assume that monetary policy normalization in the US would be a smooth, painless process for the global economy. Even though the Fed has repeatedly signaled that its future rate hike path will be slow and gradual, its impact on global fund flows and financial stability is highly uncertain. This is particularly the case as many EMEs have built up varying extents of macroeconomic imbalances amid the exceptionally low interest rate environment in recent years.