In an International Monetary Fund working paper, Alichi et al. argue that the Federal Reserve could improve the effectiveness of its policies by abandoning its current “dot” plot forecasts and instead regularly publishing a macroeconomic baseline forecast and alternative scenarios. The authors also argue that, given current economic conditions, the optimal Fed policy would be to delay liftoff until mid-2016, modestly overshooting the inflation target. 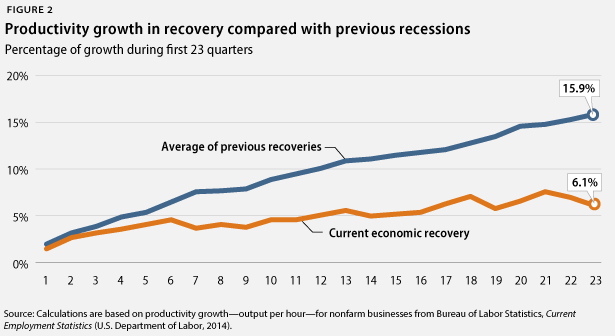 Quote of the week: ECB has not overstepped its mandate in suggesting structural reforms to member countries

You are now engaging in political debate, telling countries what reforms to implement. Hasn’t the ECB stretched its mandate in order to maintain price stability?

…We frequently get the advice that we should just concentrate on our core business—monetary policy. But, in a currency union like the euro area, individual countries have lost the flexibility provided by an exchange rate of their own. They must thus become more resilient to crises and external shocks. Sound governance and effective institutions are of key importance. That applies, among other things, to labor and product markets, or courts and administration. They are needed for a more efficient monetary policy in a currency union and therefore we tell governments that structural reforms are important. Here, our interest is not in how countries implement these reforms, that is up to them. What interests us is if they are successful, as this impacts the monetary union as a whole.

—Peter Praet, Member of the Executive Board of the European Central Bank