In Raul Castro’s Cuba, many small and medium-sized private businesses are yielding good returns to their investors. As the author discovered during his recent return to the island, successful entrepreneurs are reinvesting profits into their expanding enterprises – pointing to the emergence of a new group of on-island capitalists capable of generating some badly needed capital accumulation for the Cuban economy.

My 2013 Brookings monograph, Soft Landing in Cuba? Emerging Entrepreneurs and Middle Classes, included case studies of some of Cuba’s new private firms. During my return visit this spring, I located as many of these firms as I could to check on their progress, one year on. Here’s what I found.

In the delightful provincial city of Cienfuegos, the leading paladares (private restaurants often in family homes) I re-visited reported having had an excellent year. After pointing out the upgrades in her Restaurante Las Mamparas, Maylin Hernandez proudly walked me up the main boulevard to her sparkling new cafeteria, The Big Bang (see photo below). While Las Mamparas, with its higher prices and international fare, caters mainly to tourists, the second investment targets a Cuban market with lighter food and soft drinks. Opening early, the Big Bang hopes to persuade Cubans to accompany their morning coffees with a heartier breakfast, U.S.-style. 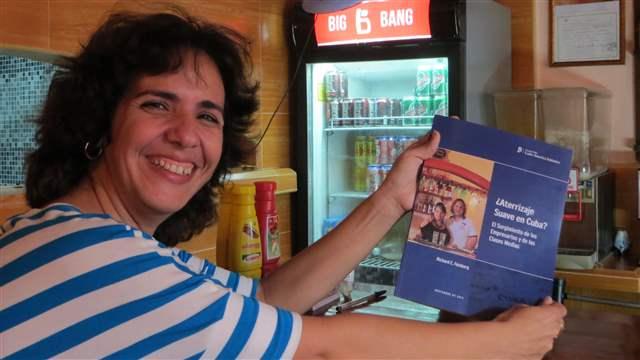 Across the boulevard, Dona Nora (featured on the cover of Soft Landing) had also benefited from some décor upgrades. Evidently, cash flow had been so good that the owners were off on a lengthy European vacation. Meanwhile the paladar Tranvía had moved to a more central location offering a stunning rooftop view of the city and an open-air BBQ grilling Cuban-style meats.

In Havana, many new paladares had opened their doors in recent months, generating a more heated competitive culinary environment. Searching for new profit centers, investors have turned to serving up late-night entertainment at bars and dance clubs, catering both to foreigners and to middle-class Cubans with disposable income. Investors in one successful venture, Sangri-La, have already launched a second night club, “Up-and-Down,” with VIP lounges requiring a $20 consumption minimum per person, a hefty sum by Cuban standards.

In its assessment of private bed and breakfasts, Soft Landing described a composite case of such establishments. Over the past year, Havana and other major cities have seen more of the official “for rent” symbols over the doors of homes and apartments, such that some owners report vacancies and downward pressures on prices. Nevertheless, since the returns remain high – just one night’s rent can equal an entire month of salary for a state employee – many Cubans continue to upgrade their homes, banking on the arrival of more tourists. In fact, international tourism has been on the upswing in recent months; eventually, it is assumed, U.S. sanctions will be further eased and American tourists will arrive in such big waves that the large hotels will not be able to accommodate them. The spillover could fill the B&Bs.

In the retail space, I returned to Piscolabis, a shop specializing in Cuban-designed artisan crafts, strategically located in the Old Havana district. Although the owners reported that profits had somewhat lagged expectations, evidence of expansion was everywhere: I could see a second floor addition being prepared, and a new sidewalk café – a profit center – had opened. The number of employees had grown smartly in percentage terms, from three to five.

In the construction sector, builder Jesus maintains his brisk business in Havana, primarily remodeling private homes. Soft Landing had also drawn attention to the emergence of construction cooperatives, often created by worker brigades exiting state construction companies. These new non-state entities – where wages can be many times those paid by state builders – had become so attractive to workers that the larger state construction companies are suffering a shortage of skilled labor, raising questions about the nation’s capacity to implement large projects. A major foreign hotel chain warned the author: Cuba’s ability to respond to a sudden major influx of tourists could be endangered by a labor shortage impeding the rapid construction of major new hotels. Perhaps for this reason, the newly approved foreign investment law allows for workers to be imported, where necessary to overcome construction bottlenecks.

Other businesses featured in Soft Landing are also prospering, including Nostalgic Cars, with its fleet of gleaming 1950s model Chevrolets; and dance instructor Lidusoy, who is capitalizing on her years of performing with the iconic Hotel Nacional’s Parisien Cabaret, now offering private salsa lessons to foreigners.

But one featured business was notably absent: the Prometheus 3-D movie theater had shuttered, when the government suddenly outlawed all such establishments in late 2013.

Similarly, the government ruled that private clothing retailers could no longer sell imported apparel, probably to protect domestic producers and the large state distributors. Consequently, many private clothing boutiques were forced to close their doors (see photo below). 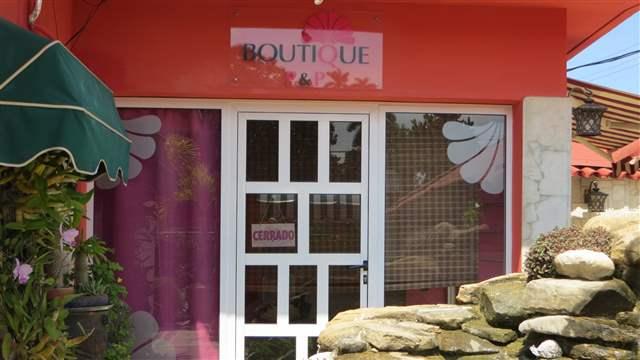 Another worrisome signal: the government’s new foreign investment law permits foreigners to partner with officially-sanctioned cooperatives, but notably not with privately-owned firms. In Cuba’s rapidly evolving business climate, this could change, but in the meantime the official regulations discriminate against the emerging private sector.

Overall, despite some government backsliding, and signs of a tightening macroeconomic outlook, the business climate appears somewhat improved over the last year. Many businesses are quickly recouping their initial capital outlays, are reinvesting in business upgrades, and are searching for new investment opportunities. Emerging from within Cuban socialism, this dynamic private sector could become a major pillar of future growth – if the authorities permit it to do so.