While pressure to take military action in the Syria crisis continues to build the United States, France and the UK consider options for intervention. Daniel Byman, Michael Doran, Salman Shaikh and Jeremy Shapiro examine U.S. strategy in response to the use of chemical weapons by Bashar al-Assad’s regime.

A limited bombing campaign against Syria’s chemical weapons infrastructure is likely to produce the worst of all worlds: raising expectations and further involving the United States in the Syrian civil war without significantly altering the balance of forces on the ground.

Although chemical weapons produce horrific results, so far they have played only a limited role in the Syrian conflict. Of the over 100,000 Syrians who have died in the conflict, most perished from bullets and artillery strikes than from sarin or other lethal chemicals. So even if the United States is able to stop Syria from using chemical weapons (a militarily difficult task in general, and particularly hard if the goal is zero usage), by itself this will save few Syrian lives. The war will continue unabated. U.S. bombing, however, will raise the expectations of the Syrian people and neighboring states that the United States will become even more involved. So U.S. enemies like Iran, and rivals like Russia, may step up their support for Damascus. Greater financial and military aid from them would more than offset the damage a few bombing runs could do. In addition, bombing chemical sites would attach U.S. prestige and credibility to the overthrow of Assad. Should he stay in power, as is likely in the near-term, it would highlight American weakness. The situation would continue to stalemate and even deteriorate further, leaving the United States with the poor options of retreating from its involvement and looking more feckless or stepping up its role despite the administration’s obvious reluctance to become more involved.

Instead the United States should expand its efforts to work with the Syrian opposition. Changes on the ground, not limited air strikes, are what will make Assad’s regime more likely to fall. Unless the United States or an ally deploys significant combat forces of its own, for now unlikely and undesireable, this ground strength must come from the Syrian opposition itself. In addition, without a strong Western role the opposition has become increasingly dominated by jihadists because they are more skilled and dedicated fighters: having more moderate forces become militarily stronger offers a credible alternative to Syrians nauseated by the choice between Bashar and radical Islam. Success with the opposition makes victory more meaningful: the post-Assad government would be a stabilizing force in the region and govern better at home. Until a moderate opposition is strong, weakening Assad may only empower the jihadists. Such an opposition-focused strategy is not a near-term fix and does little about chemical weapons, but it is the best long-term hope for Syria and for U.S. interests in the Middle East. 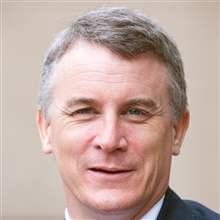 This is the wrong way to start a war. The United States is crab walking into a deep commitment in Syria. To ensure success, the Obama administration must rethink its basic strategy.

Public opinion emphatically rejects military intervention. According to the latest polls, an overwhelming majority of Americans think that, even if Assad used chemical weapons, the United States should remain aloof.

President Obama surely agrees. To say that he has been reluctant to get involved is an understatement. Last summer, his national security advisors unanimously recommended arming the opposition. He emphatically rejected their plan. In the meantime, a parade of European and Middle Eastern officials came to the White House and pleaded with him to reconsider. He turned a deaf ear.

And yet, here we are, poised to attack. Why? The administration is explaining its sudden eagerness to strike as an effort to reinvigorate the American deterrent. President Obama had set a red line regarding the use of chemical weapons. Assad crossed it with impunity—repeatedly. He must, therefore, be punished.

But this explanation is an exercise in self-delusion. Chemical weapons are the catalyst for this intervention, not its deepest cause. Powerful forces are drawing the United States, slowly but inexorably, into a greater commitment in Syria.

In the eyes of all Middle Eastern states, the conflict there is a battle for the soul of the entire region. For all of America’s allies—Arab, Israeli, and Turkish—the war has life and death implications. The idea, therefore, that the United States can join the game today and then go back to sitting on the bench tomorrow is fanciful. Like it or not, we are significant participants in the struggle for Syria.

The administration must pause now and admit to itself that it has based its strategy on a fundamental misunderstanding of the problem. The only way to resolve the conflict is to topple Assad.

To President Obama, a regime-change policy appears as the quickest path to a quagmire. Toppling Assad, however, need not entail a large number of American boots on the ground. But it does require the president to begin immediately to build an international coalition and to strengthen the Free Syrian Army. And he cannot take these steps without first publicly committing himself to regime change. He must, in addition, explain to the American people why he deems it necessary. History suggests that they will listen to him.

It is actually avoidance of regime change that will more likely lead to a quagmire. As the United States becomes drawn ever more deeply into Syria, the American public, schooled to believe that intervention is the height of folly, will offer only tepid support. The Obama administration will have no choice but to act without the assistance of a powerful international coalition and without capable allies inside Syria. It will take consequential actions, as it is doing now, with no clear idea of where it is going or how to get there. 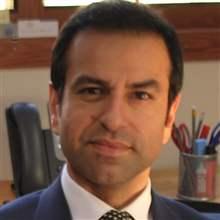 I agree with the overall view (as Dan articulates eloquently) that doing things half-heartedly will not be helpful.

In my view, Dempsey’s letter to Engel is a sad indictment of US policy, when he admits that we are stuck between a regime which is gassing its people and a divided, ineffective and, in part, extremist opposition. It is not as if they were not warned. (I wrote about Obama’s “red line” and the need for action back in April.)

The case for a joint strategy—combining military (to degrade Assad’s forces and build a moderate fighting force), diplomatic (to create the international coalition to continue pressure and isolate Assad and his backers, including at the UN) and political (encouraging/facilitating an intra-Syrian dialogue that goes beyond the official opposition and genuinely engages the minorities, other constituencies of Syrians—the majority “grey area”—who have stayed out) action—is stronger than ever.

“Doing something” after the Assad’s regime’s use of chemical weapons is not enough, especially when it may be seen as doing something so as to avoid doing any more. That would send the wrong signal to Assad.

The civil war in Syria is a tragedy that tugs at our collective heart strings. With over 100,000 people dead and many millions more driven from their homes, anger at the carnage impels us to want “to do something” to stop the Assad regime’s killing machine. The horrific chemical weapons attack in the Damascus suburbs on August 21 has only increased the frustration and, in Secretary Kerry’s words, “shocked the conscience of the world.” This burden of conscience falls particularly heavily on the United States, which retains both the greatest military capability and the greatest sense of responsibility for global stability.

But anger is not a strategy and frustration is not a plan. The United States learned (or should have learned) in Iraq that military intervention without regard to the likely consequences is no humanitarian gesture.

The hard truth is that the United States does not have the power to end the suffering of the Syrian people. It can, with great effort and violence, topple a heinous regime in a country like Syria, but what comes next is beyond the American capacity to control or even predict. Plans for ending the Assad regime gush from Washington think tanks with faithful regularity, but coherent plans to stabilize Syria are notably absent.

This lack of American capacity is not easy for any administration to admit to a public schooled on the idea of American omnipotence. But in Iraq, Afghanistan, and now perhaps Libya, more war and violence followed in the wake of U.S. military intervention despite enormous effort and sacrifice by the United States. American lives were lost and precious American treasure was spent in enormous quantities. And the suffering of the people did not end and arguably increased.

So, the United States will attempt to respond to the outrage of the chemical weapons attack with a limited, calibrated use of force—to intervene without getting involved. This reportedly will take the form of a cruise missile strike, aimed not at changing the dynamic of the civil war or even at saving lives, but rather at punishing the Assad regime for its use of chemical weapons. Intervention without involvement seeks to protect U.S. credibility and the U.S. interest in deterring the future use of chemical weapons without getting sucked into yet another intractable Middle Eastern civil war.

This will prove a difficult balancing act. Once the decision is made to intervene with force, it becomes more difficult to control the dynamics of involvement. Domestically, this means that the political pressure to “finish the job” will intensify. But the essential problem is that the enemy has a vote and tends to react in ways that frustrate the best-laid plans. What will the U.S. do if Assad reacts to cruise missile strikes by slaughtering ever more citizens–with or without chemical weapons? What will it do if Iran and Russia step up their support and turn the tide of the war toward the regime? Every time the U.S. takes a further step—calling for Assad’s departure, arming the rebels, attacking chemical weapons capabilities—the more U.S. credibility and prestige are attached to events in Syria.

The administration has shown great discipline thus far in resisting the siren call of intervention, the lure of a supposedly quick, easy solution to an intractable problem. But the logic of the administration’s implicit admission that U.S. credibility is on the line in Syria implies a steady march toward greater intervention.